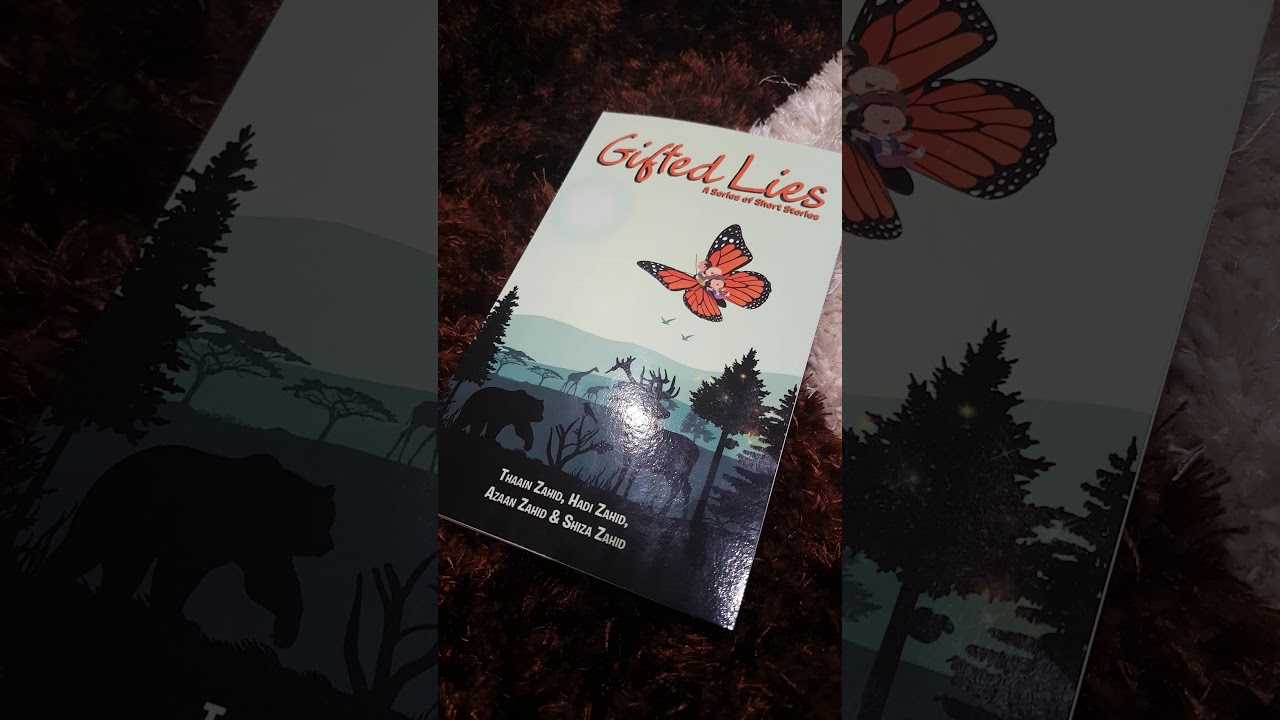 There are four Pakistani children living in Manchester, UK, who have become the authors of a book. The children are between 16 and 8 years old.

Thaain, Hadi, Azan, and Shiza are seen signing their story book ‘Gifted Lies’ at various places in Manchester these days.

The children’s mother had a car crash in the UK and was unable to walk for some time. By the way, the children used to come to Pakistan, but in 2017, the mother of these children, Dr. Chand Zahid Khan, who is also a scientist, came to Pakistan with the children for a year. She started home schooling for the children here and gave them the opportunity to visit their relatives as well as travel across Pakistan. The children also took part in various educational fairs.

They said that the stories written by the children in view of the people around them and their observations were both imaginative and moral oriented.

“When we got back to the UK, we got back to our normal lives. But when the Corona epidemic hit, in 2020 we had the opportunity to spend time together again. In the meantime, we thought about these stories and edited them regularly, and put them in book form, which was published in book form by the British publishing house Arthur House in November. We didn’t think people would like it because as a parent you like your children’s work the best, but it’s very encouraging that people who are reading this book are liking it.”

Dr. Chand said that children’s stories were written by many writers but it is very rare for children to write children’s stories. The children came to Pakistan to learn about relationships, what friendships are, because they don’t have many relatives in the UK.

She says that one of their stories is about grandparents. One story revolves around two brothers. Some of the stories are mysterious, some refer to children who are intimidated by other children at school and are given tips on how to respond to this behavior.