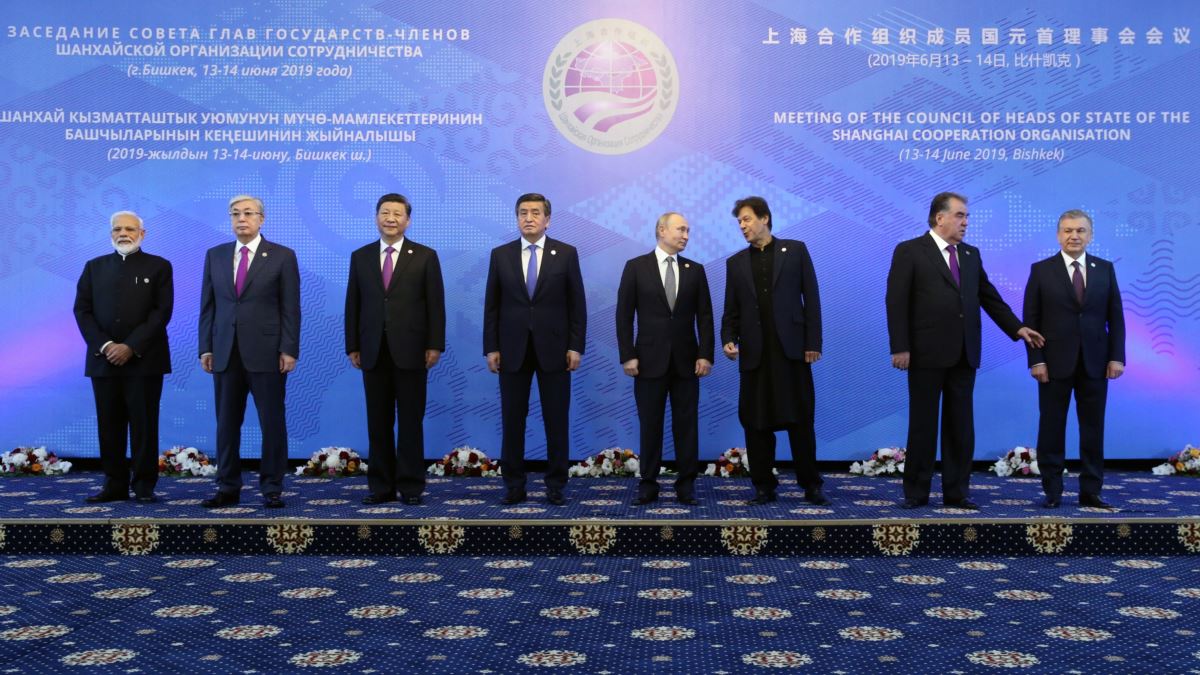 Recently, Pakistani Foreign Minister Shah Mehmood Qureshi arrived in Moscow on a two-day visit to attend the Shanghai Cooperation Organization (SCO) Summit and was received at Moscow’s Domodedovo Airport by some Pakistani officials and senior officials of the Russian Foreign Ministry and former Russian Ambassador to Pakistan Alexei Dedodov.

This visit was conducted upon the special invitation of his Russian counterpart Sergei Lavrov. During this visit, Russia highlighted some significant progress on the South-North Gas Pipeline in Pakistan, including enhancing bilateral relations. Russian Foreign Ministry’s spokesperson Maria Zakharova was asked about the key points of the agreement between Pakistan and Russia and the possibility of bilateral cooperation on the situation in Kashmir and Afghanistan.

On September 10, Maria Zakharova responded that Russian Foreign Minister Sergey Lavrov and his Pakistani counterpart Shah Mehmood Qureshi met on the sidelines of the SCO Ministerial Council meeting. During the meeting, they exchanged thoughts on the prospects of Russia-Pakistan partnership in politics, counter-terrorism, trade, and economy. Maria said that it was agreed to continue to build strong relations between the two countries – efforts to complete the flagship project, the construction of the North-South Gas Pipeline from Karachi to Lahore, as soon as possible. This was the second meeting between Russia and Pakistan’s Foreign Ministers in two years.

Both the ministers highlighted the fundamental issues of the region on the international agenda, along with the promotion of all sectors. In the context of the Afghan situation, Maria stressed that direct International Afghan Talks in Doha were part of a mutually integrated partnership of key parties that ensured the initiation of talks. Observing the attitude of the spokesperson and the Russian media, Russia is highly interested in building a North-South gas pipeline from Karachi to Lahore and is ready for a lasting relationship realizing the geopolitical and diplomatic importance of Pakistan.

However, during his two-day official visit, Foreign Minister Shah Mehmood Qureshi attended a meeting of the Shanghai Cooperation Organization in Moscow where he focused on boosting Pakistan’s bilateral relations with other SCO member countries. Foreign Minister Shah Mehmood Qureshi’s meetings with his Russian and other counterparts on the sidelines also proved beneficial in exposing Indian extremist behavior during the Corona situation in the region.

Shah Mehmood Qureshi, along with his Russian counterpart Sergei Lavrov, Secretary-General of the SCO Vlad Mirnorov, and the Foreign Ministers of the SCO member states addressed the meeting. Shah Mehmood in his comprehensive address presented a proposal to promote regional cooperation. The virtual, meeting of the SCO Foreign and Health Ministers in May and July 2020 shed light on the need for multinational, decisive and participatory efforts to tackle the Covid-19 where, the United Nations can play an important role, with the World Health Organization (WHO). He underlined the need for public health experts, scientists, and researchers and offered complete support in sharing Pakistan’s experiences with the world on dealing effectively with this pandemic.

Shah Mehmood thanked China for the effective support to the international community, including Pakistan, in tackling the Coronavirus crisis, for providing financial and technical assistance. While calling attention to the economic effects of the global epidemic, he brought up the proposal by Prime Minister Imran Khan on “facilitating global debt repayment” for developing countries. He criticized the exploitation of global epidemic for politics gains and false allegations.

While emphasizing cooperation instead of confrontation, he defined SCO as a ray of hope during such uncertainty and brutal competition.

“On the occasion of the 75th anniversary of the United Nations, we strongly support the SCO’s insistence that the United Nations plays a central role in promoting global peace and security and global development,” he added.

Peaceful resolution of long-standing disputes is a prerequisite to achieving the goals of development, economic development, poverty alleviation, and improvement of the social standards of the public. In this context, the UN Security Council resolutions should be implemented in its true sense.

“We strongly condemn and oppose all illegal and unilateral measures to change the status of the disputed territories in violation of UN Security Council resolutions,” he further said.

Referring to Afghanistan, Qureshi said that a stable Afghanistan is essential for peace and stability in the region and the world. Pakistan has explained earlier that there is no military solution to the Afghan conflict and a political settlement through negotiations is the only way forward. As a shared responsibility, Pakistan has played and supported the Afghan-led peace and reconciliation process. The peace agreement between the United States and the Taliban is an important step in this direction and is a historic opportunity to work together for a comprehensive, broad-based, and inclusive political settlement.

At the same time, it is important to be aware of the role of those who create “disorder” from within, who do not want peace and stability to return to Afghanistan. Qureshi said that the process of this inter-Afghan dialogue would not be free from difficulties. Only with concentration, patience, perseverance, and unwavering determination will it be possible to achieve these goals.

The return of Afghan refugees with dignity should be an integral part of peace talks. “Terrorism and extremism are our top priorities”, he observed. Those who are carrying out state terrorism against the illegal occupation of the areas should be held accountable. Referring to Iran, he said that we share the position of the SCO partners on the effective implementation of the Joint Comprehensive Plan of Action on the Iranian Nuclear issue. We believe that the SCO’s consideration of protecting space from the arms race, the Convention on Biological Weapons (BWC), and the International Information Security will be useful for discussion here.

New, legal regulations are urgently needed to address the growing problem of disarmament. He added that forging closer ties with regional partners was an embarrassment to the fruits of the grow- ing merger between the European-Asian Economic Union (EEU) and the Belt and Road Project (BRI). BRI’s flagship project, the China-Pakistan Economic Corridor (CPEC), promotes the SCO’s vision of regional connectivity and economic integration.

Due to SEO’s extensive experience in poverty alleviation, Pakistan has proposed the establishment of SCO Joint Working Group and SCO Center of Excellence for Poverty Alleviation. He further suggested few recommendations:

Qureshi while briefing his Russian counterpart on the ongoing Indian atrocities in Occupied Kashmir said that India has made a vicious attempt to change the demographic ratio in Occupied Kashmir. However, the Russian media has been full of references to the SCO’s national security summit on the new map of Pakistan.

India is unable to acknowledge Russian proximity to Pakistan. It strongly objected to the new map of Pakistan at the SCO meeting. During the speeches of Russia and Pakistan, Indian officials walked out without any confrontations. Moreover, India was delusional to expect Russia to celebrate China’s participation in the Caucasus 2020 military exercises.

Although the fact that the Pakistani Defense Minister did not attend the recent SCO Defense Ministers’ conference in Moscow, is not a good omen for Pakistan, the Foreign Minister’s trip should have been extended to speak to Russian media since India has openly ostracized Pakistan in the Russian media. On the contrary, the press briefcase at the Pakistani embassy has been empty for over five years.

An important aspect of bilateral relations between the two countries is a peaceful settlement in Afghanistan. For Pakistan, the conflict in Afghanistan, ongoing for 40 years, is a great concern for Russia and Pakistan alike. With a shared border, Pakistan has become victim to cross-border terrorism, drugs, and refugees. India has also used Afghan territory against Pakistan for years.