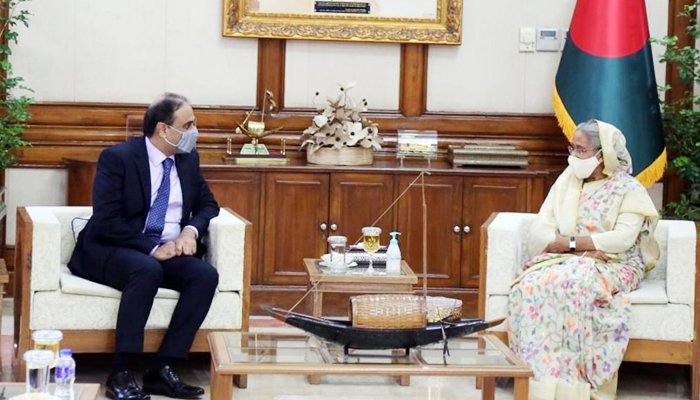 In a rare move, Pakistani High Commissioner in Dhaka Imran Ahmed Siddiqui met with Bangladeshi Premier Sheikh Hasina Wajid on Thursday in a bid to strengthen ties between the two countries.

A statement issued by the High Commission on Friday stated that Sheikh Hasina expressed “good wishes” for Pakistan after she was informed that Pakistan held the Bangladeshi leadership and people in high esteem and affection.

The statement said the Bangladeshi premier welcomed Siddiqui and assured him of full support in the discharge of his official duties. It added that the high commissioner conveyed the message of goodwill and friendship from PM Imran Khan, which Sheikh Hasina reciprocated with her “greetings and good wishes for the leadership of Pakistan”.

“The two sides agreed to further strengthen the existing fraternal relations between the two countries,” said the high commission. “The meeting was held in a very cordial environment.”

In this article:bangladesh, Pakistan, Rebuild Ties