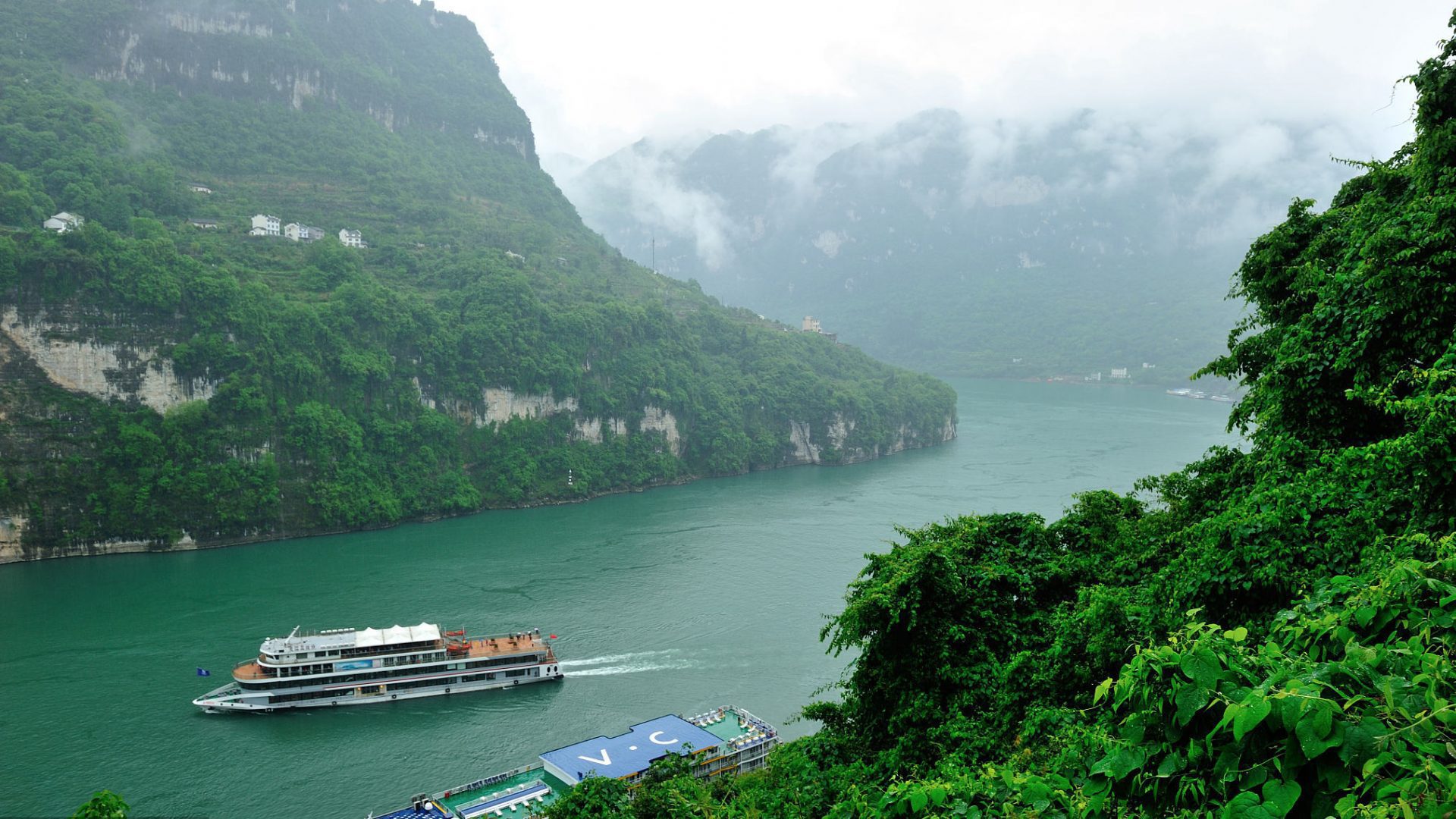 This January marks the 5th anniversary of the 2016 promulga- tion of the Yangtze River Economic Belt Development Plan by the Chinese government. President Xi Jinping announced the project with the stated aim of ensuring that a sustainable economic project along the Yangtze River focuses on environmental protection rather than economic growth. This thinks ‘green’ strategy acts as a model for the developing world which seeks to strike a balance between preserving the environment and promoting industrialization simultaneously which has an impact on GDP growth rates, economic performance and international economic influence. The YREB plan encompasses an array of projects and prospects which bodes well for both the future of China and its generations.

The ‘one axis’ of the YREB refers to the Yangtze River as the locus of economic activity while the ‘two wings’ of the plan refers to the Shanghai- Chengdu and Shanghai- Ruilli Highway which encourages connectivity, population linkages and industrialization along its routes. The ‘three poles’ are city groups situated in the Yangtze River Delta, the Poyan Lake along with Chengdu- Chongqing, Changsha- Zhuzhou- Xiantan and Wuhan with multi- ple points constituting other cities. The significance of the catego- rizations of the YREB is self-explanatory as it envisions a nation

where economic activity is supplemented with the preservation of the environment in a location which supplies 36% of China’s freshwater resources and is also home to 580 million people. Spanning 11 provincial regions and covering 2.1 million square kilometers, with 21% of the land area in the third largest country in the world, the YREB acts as a model for other developing nations to follow. Many newly industrialized countries endeavor to ensure rapid industrialization which can be implemented through the dual circulation strategy centering on both dissemination and consumption for the Chinese population.

The YREB’s significance cannot be gauged by numbers alone. The year, 2021 marks the planned commencement of the 14th Five Year Plan for National Social and Economic Development with Long-Range Objectives planned for the year 2035. The aim is to ensure that innovative platforms and growth poles in the region materialize which has an impact on populations residing in the cities within the Yangtze region and is critical for rapid urbanization. In a visit to promote China’s modernization drive, President Xi visited the locality of Pudong in Shanghai which is one of the largest financial centres in the world. The President encouraged the district to become a pioneer of reform with key breakthroughs in technology. With major technological hubs such as Shanghai, the YREB attempts to strengthen domestic capabilities to ensure that a new development pattern emerges based on domestic and international market considerations which benefit China and the international community.

Beyond modernization, YREB places heavy emphasis on establishing the ‘Green Corridor’ which is a reference to mountains which are in close geographical proximity to the Yangtze River and provide a significant source of water ideal for urban development. The plan also deals with equitable water resource allocation which through North-South integration allows for onsite water conservation as well as providing an agricultural boost for cities along its route. The financial and agrarian value of the YREB promises much for populations allowing them to become well-integrated as China continues to witness economic prosperity on its shores. The Water Financing Partnership Facility, through the Multidonor Trust Fund with contributions from Australia, Austria, Spain and Switzerland amounting to $200000 co-financing will ensure that projects such as the Anhui Huangshan Xin’an River Ecological Protection, the Green Development Project and the Henan Denzhou Integrated River Restoration and Ecological Protection Project of 2020 would materialize.

The YREB underlines the importance of rural and urban linkages through rivers, land and water. Basin- level interventions, dealing with water resource management challenges and ensuring that prosperous cities also become climate resilient demonstrates the holistic approach with which President Xi Jinping envisions to develop China along the Yangtze River. History is replete with examples of how prosperity along river routes has been witnessed yet issues related to linkages, innovation and technology had remained prior to technological revolutions. As a testament to the concept of a civilizational state which is undergoing economic transformations, President Xi’s YREB plan aims in ensuring that prosperity and environmental resilience is witnessed along the Yangtze’s banks.

The YREB also ensures that China’s reliance on the global financial system decreases. Tapping into domestic industrial potential inevitably has an impact on employment rates, income levels and the productivity of the Chinese labour workforce. A strong domestic industrial base would result in an increase in exports having a positive impact on a nation’s current account balance, which is critical in the post-pandemic economic environment. Furthermore, the attraction of foreign direct investment allows companies and brands to set up their operations along the Yangtze without jeopardizing China’s position as an export-oriented economy. Both domestic and international capacity building measures are enshrined under this comprehensive plan.

Environmental protection, economic prosperity, innovation, creativity and productivity all characterize the YREB development plan on its 5th anniversary. President Xi Jinping’s vision is to cement prosperity through a multipronged strategy which is not limited to infrastructural development alone. Lessons from the YREB can be drawn for newly industrialized countries, particularly those with untapped potential along its tributaries. Alongside the Belt and Road Initiative internationally, the YREB is truly a complete, comprehensive package for China and beyond.