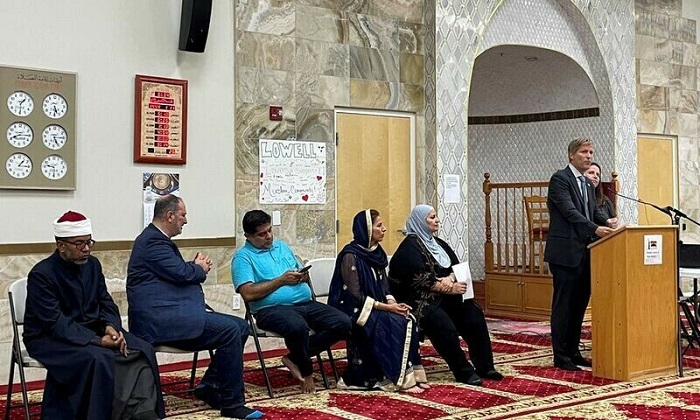 According to authorities, an immigrant from Afghanistan has been detained as the main suspect in the killing of four Muslim men, terrifying the Muslim community in the largest city in New Mexico.

Police in Albuquerque said on Tuesday that they had arrested 51-year-old Muhammad Syed, a member of the city’s Muslim immigrant community, after beefing up security near mosques in the region in an effort to calm community concerns about an anti-Muslim shooter.

The deaths may have been motivated by a personal feud, maybe with sectarian undertones, according to the authorities.

All four of the fatalities were of Afghan or Pakistani decent.

“Evidence implies the perpetrator knew the victims to some extent, and an inter-personal disagreement may have led to the shootings,” police said in a statement announcing the arrest of the suspect in the Albuquerque incident.

Deputy Commander Kyle Hartsock of the Albuquerque Police Department stated at a press conference that investigators are still putting together preparator’s reason behind killing of the four men.

According to Hartsock, Syed has a history of criminal misdemeanors in the United States during the past three or four years, including an instance of domestic violence.

In this article:Afghan, Arrested, New Mexico, Pakistani decent, US