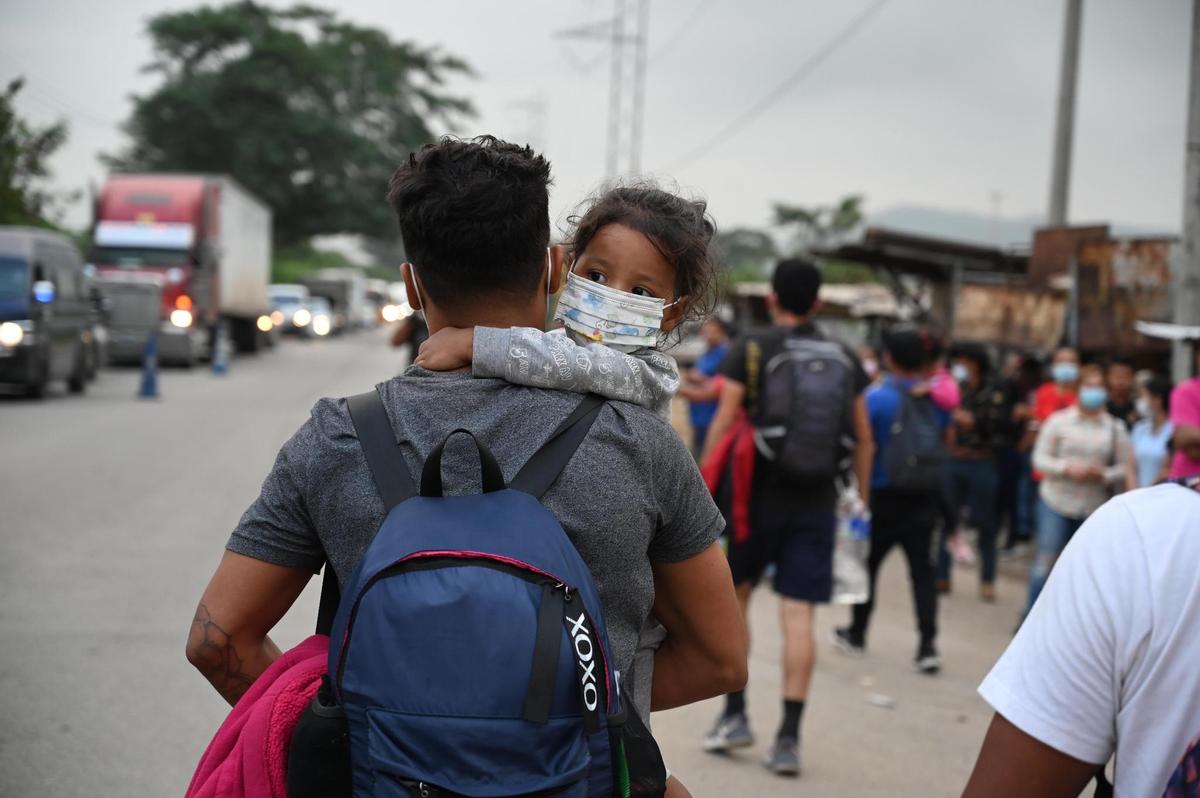 There are thousands of migrants from Honduras who are fleeing violence and devastation caused in the aftermath of two hurricanes as well as economic difficulties due to the COVID-19 are in Guatemala. The migrants are moving towards Mexico, hoping to ultimately reach the U.S.

International Organization for Migration, social media was used to make calls for the groups to join together and leave from San Pedro Sula, Honduras, on Jan. 15. Between Jan. 13 and 15, 3,500 people left from San Pedro Sula, and more people joined them every passing day. in two days i-e, Jan. 15 and 16, 7,500 people crossed into Guatemala, the IOM stated.

Guatemala’s government has requested Honduras to curb the mass exit and also called on other Central American governments to take measures in order to prevent putting citizens at a health risk because of the COVID-19 pandemic.

The migrants are being halted from entering Americas by force.

The government stated that on Jan. 14, a “state of protection decree” was issued to control the flow of people at the Honduras-Guatemala border. As of Saturday, they said, “some groups have violated the surveillance regulations and managed to enter our territory in violation of legal provisions.”

Depending on how this situation develops, it may turn into one of the earlier immigration issues the Biden administration faces.