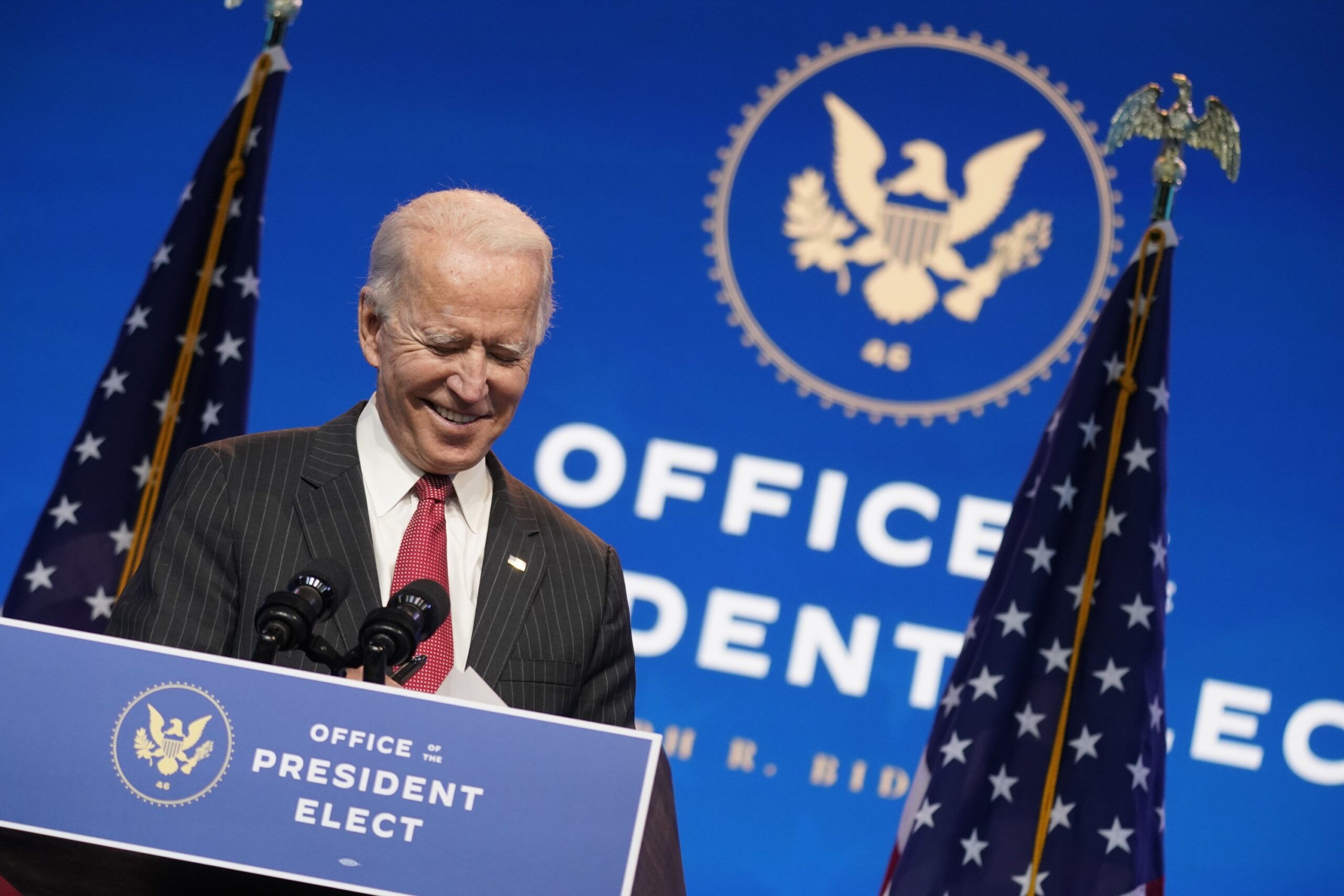 America, I’m honored that you have chosen me to lead our great country. The work ahead of us will be hard, but I promise you this: I will be a President for all Americans – whether you voted for me or not. I will keep the faith that you have placed in me.”

These are the words with which Joseph Robinette Biden Jr., who goes by Joe Biden, hailed the networks calling the 2020 United States presidential race for him.

Biden has been projected to be the 46th President of the United States of America, due for inauguration Wednesday, 20th January 2021. The incumbent President Donald Trump, known as a representative of rich Republicans, is on his way out.

The former vice president entered the race as the underdog, his Democratic party all but expecting to lose the race and hand the Republican Trump a second term in the White House. It is difficult to say what fuelled this come-from-behind victory for Biden: His personal luck or the groundswell of widespread hatred for Trump in the wake of the Black Lives Matter movement.

Biden was born in November 1942 in Scranton, a blue-collar city in Pennsylvania. Joseph Biden Sr., his father, was a used car salesman and managed to raise a middle-class family. As a child, Biden struggled with a stutter for which he was bullied in school. He overcame this condition in his later years and has been very vocal about speech and stutter counseling on various platforms.

After getting his early education from Saint Paul’s Elementary School, Biden attended the Saint Helena School, until he was accepted into the Archmere Academy. To help finance his tuition fee, Biden earned some extra cash by washing the school windows and weeding gardens in the neighborhood.

For college, Biden attended the University of Delaware and enrolled in their History and Political Science program. During his college years, he developed a keen interest in politics and was especially stirred by John F. Kennedy’s inauguration in 1961. After graduating from the University of Delaware, he was accepted to Syracuse University Law School in 1965 and married his first wife, Neilia Hunter, the next year.

Upon graduation from law school, Biden moved to Wilmington, Delaware, to start practicing at a law firm in 1968. Soon enough, he became an active member of the Democratic Party and in 1971 he was elected to the New Castle City Council.

Biden started his own law firm in 1971 while serving as a councilman. By this time, he and his wife had three children: Joseph Biden III, Hunter Biden, and Naomi Biden. The next year, he won the Delaware Democratic Party nomination to run for the United States Senate. His upset victory against the popular Republican incumbent J. Caleb Boggs made the 29-year-old the fifth-youngest US Senator ever.

Biden was visited upon by sudden and grave tragedy a week before Christmas 1972 when his wife and one-year-old daughter were killed and both his sons severely injured in a car crash. Devastated beyond measure, Joe even considered suicide at this point in his life. However, close family support and his deep sense of responsibility held him together. Unable to show up at the swearing-in ceremony for new Senators at Washington DC, he took the oath of office from his sons’ hospital room.

Once in the Senate, Joe never found a way out of it and served as a Senator from 1973 to 2009 for six terms back to back to become Delaware’s longest-serving Senator. During this period, he also became a leading expert in foreign policy affairs and served as chairman of the Committee on Foreign Relations for many years. Some of his foreign policy positions include advocating for the strategic arms limitation in USSR, expanding NATO to absorb former USSR nations, promoting peace and stability in the Balkans, and opposing the troop surge in the Iraq War, especially in 2007.

Biden wanted to run for the President of the United States for a long time. He first eyed the 1988 Democratic presidential nomination – but dropped out after several of his speeches were found to be plagiarised.

In 1988, Biden was diagnosed with two lethal brain aneurysms. He had to undergo a complicated surgery which resulted in blood clots in his lungs, for which he had to go through another surgery. Nevertheless, Biden remained resilient and returned to the Senate after a seven-month break.

Twenty-years after his first unsuccessful presidential bid, Biden once again decided to run for the 2008 Democratic presidential nomination, this time conceding in favour of the much more popular Barack Obama. Months later, when Obama clinched the nomination, he chose Biden as his running mate, and the duo went on to defeat the Republican pair of John McCain and Sarah Palin.

In January 2009, Obama became the 44th President of the United States, and Joe Biden the 47th Vice President. In 2012, when Obama ran for re-election, he retained Biden as his running mate and they once again defeated the Republicans to become the 45th President and 48th Vice President, respectively, securing almost 60 percent of electoral vote.

Tragedy found Joe Biden once more in 2015 when he lost his 46-years-old son Beau to cancer. President Obama delivered a moving elegy for Beau Biden. The blow took a devastated Joe months of grieving to overcome. By the time he did rise above it, he had run out of time to mount a successful campaign for the 2016 nomination.

In 2019, however, Biden once again announced he would be running for presidency in the 2020 election. In many of his public addresses, Biden hinted at having a female running mate and in August 2020, Kamala Harris was announced to run with Joe Biden. Later in the same month, Biden officially became the Dem- ocratic presidential nominee.

On 7 November 2020, at the age of 77, Joe Biden finally achieved his lifelong dream of leading world’s sole (if waning) superpower, becoming one of the oldest Presidents of the United States of America.