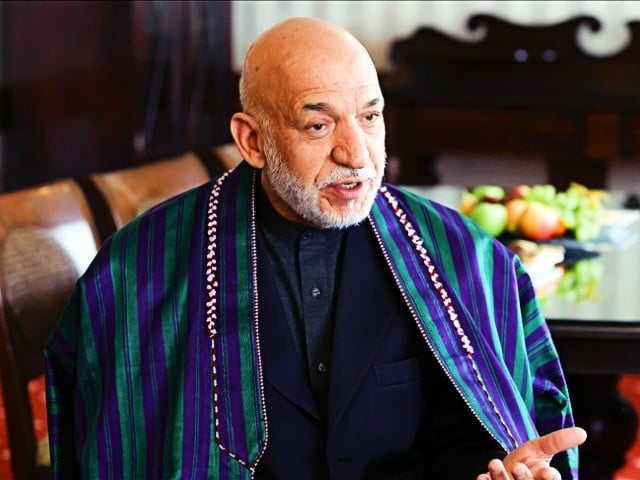 Former Afghanistan president Hamid Karzai urged Islamabad to desist from issuing threats. He suggested that the country carry out “deep review” of its policies related to the neighboring country. The former Afghan president said that the prevailing “insecurity” in Pakistan is the result of policies of its government.

His statement came in response to yesterday’s National Security Committee meeting. The meeting concluded that an unequivocal message be sent to the Afghan Taliban regime that Pakistan would not allow its neighbor to provide sanctuaries and facilitate terrorists.

It’s the second meeting of NSC in less than a week. It is expected to cobble up a new or tweak the existing strategy to deal with the new security challenge.

“The forum concluded that no country will be allowed to provide sanctuaries and facilitation to terrorists and Pakistan reserves all rights in that respect to safeguarding its people,” says the statement without naming Afghanistan.

The statement indicated that Pakistan might resort to targeting the terrorist safe havens across the border if Afghanistan did not take the appropriate action. Interior Minister Rana Sanaullah has said international laws sanctions cross-border attack on terrorists’ sanctuaries.

Karzai was quoted as saying by Tolonews that the people of Pakistan are Afghans’ neighbors & brothers. But insecurity & the current situation in Pakistan are mostly due to policies of the Pakistani govt.”

The former Afghan president also asked Pakistan to avoid threats “over the use of excessive force. He urged to facilitate good and civilized relations with Afghanistan to ensure stability and peace in the region”

In this article:Af-Pak ties, Hamid Karzai