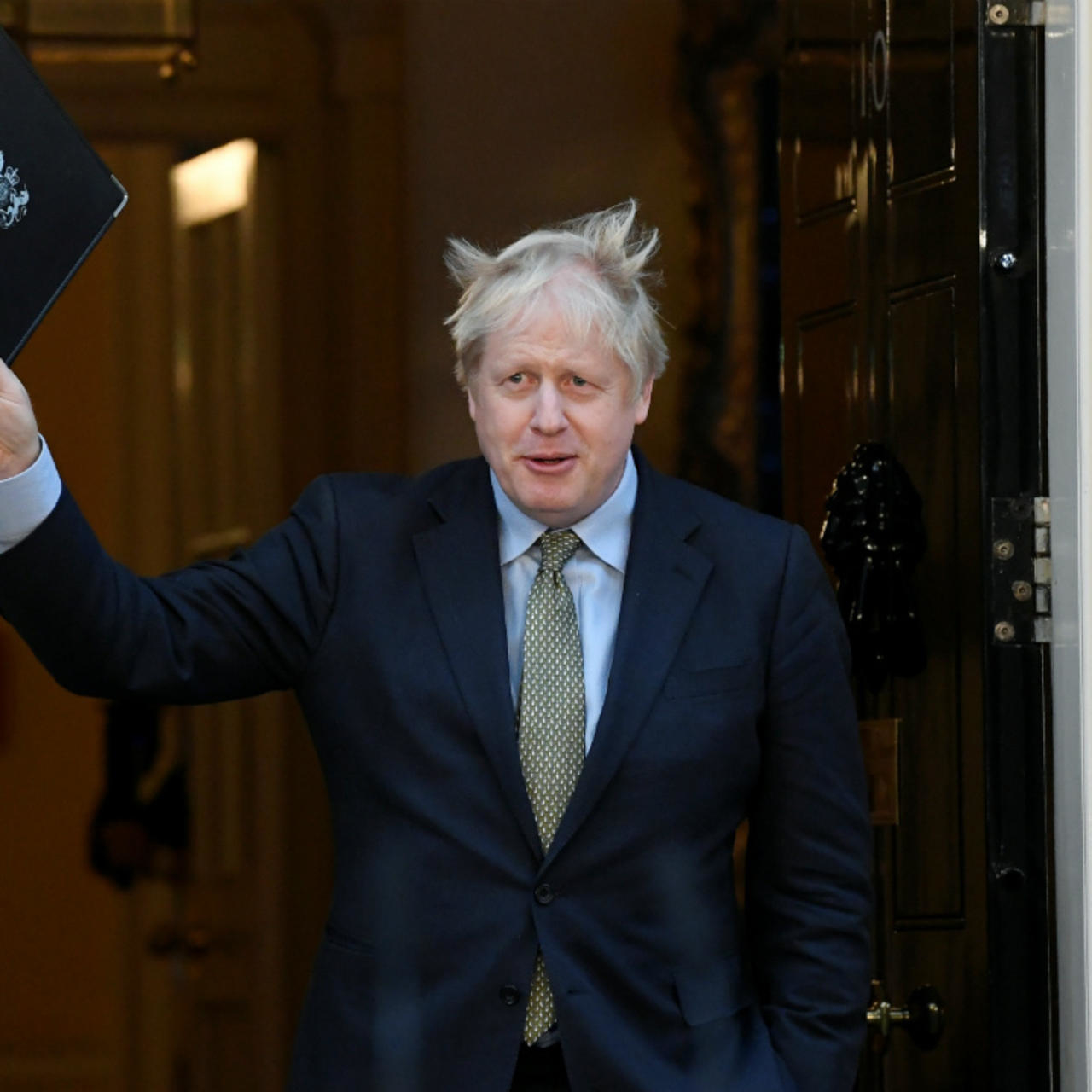 While the United Kingdom recorded 1,820 Covid-related deaths in a single day this week, the highest number since the pandemic began, its worries have been worsened by the reality of leaving the European Union.

For all the fanfare made when Prime Minister Boris Johnson struck a Brexit trade deal with Brussels on Christmas Eve, the inescapable reality of leaving the European Union’s customs and regulatory territory has already started to bite. The fact that the deal was only agreed one week before it came into effect meant that dangerous disruption was inevitable for countless businesses that relied on seamless supply chains.

Despite Johnson’s repeated claims that Brexit is a great opportunity for British exporters and would lead to a revival for free trade, the reality is very different: Freshly caught fish are reportedly being left to rot as exporters cannot get them to the European Union while logistics firms are sceptical that both importing and exporting is going to be viable for many businesses in the long term. Fallout from Brexit and the coronavirus pandemic is pushing the UK economy into a sharp contraction in the first quarter, according to data published by IHS Markit, meaning a double-dip recession is now on the cards.

While it should be a source of embarrassment for the PM that his deal has made life very difficult for many of the industries that he has championed post-Brexit, Johnson’s public statements on the matter suggest he is oblivious to the reality that many are facing.

When asked to comment on the immediate consequences of the trade barriers implemented as a result of the deal, a UK government spokesperson said: “From the outset we were clear that we would be leaving the customs union and single market which meant that there would be new processes after the end of the Transition Period. These were widely communicated through our public information campaign.”

The starkest example of what Brexit is doing to British business comes from Scotland’s fishing industry. Despite the government’s claims during Brexit negotiations that the fishing industry was very near the top of its priority list, there is a real fear that the entire industry could collapse in a matter of weeks.

“We had an entirely new system for exporters to get their heads around that hadn’t been tested prior to use. The result, somewhat inevitably, was that it started going wrong straightaway,” says James Withers, chief executive of Scotland Food and Drink.

“This isn’t as simple as an IT glitch that needs fixing. In a matter of days, we went from being able to send fresh food to Madrid with a single cover sheet of paperwork. Now there are roughly 26 steps for each transaction,” he added.

The real-world impact of this means that some exporters have had the European market cut off overnight. Almost every day, pictures circulate on social media of virtually empty fish markets and boats tied up. Withers has heard stories of Scottish boats sailing 48 hours to process catches in Denmark, just to get their stock into the single market. In an industry where profit margins are often thin, every hour spent working around red tape is critical to both the freshness of the product and the productivity of the business.

When pushed on the matter, Johnson has said that he thinks these are merely teething issues and not the fault of his deal or the barriers it’s created. His spokesman explains that the government is providing £23 million for the industry to ease the process.

When asked specifically about the fishing industry earlier this week, Johnson once again denied that the problems facing exporters had anything to do with his deal, but instead were due to restaurants being shut because of the pandemic.

The current state of the pandemic in the UK is as bad as it has ever been. In addition to record daily deaths, the new Covid-19 strain discovered in the UK has been declared as deadlier than previous strains. “We’ve been informed that in addition to spreading more quickly… there is some evidence that the new variant… may be more associated with a higher degree of mortality,” Johnson said at a news conference.

On a more encouraging note, regarding the efficacy of vaccines against the new strain, Vallance said that there was “increasing evidence” that the existing Covid-19 vaccines would work against the UK strain. Johnson later added “both the vaccines we’re currently using remain effective both against the old variant and this new variant.”

By the time this article is published, however, the UK’s Covid-19 death toll will have surpassed 100,000, far worse than the ‘worst case scenario’ figure of 50,000 the British government envisaged in April 2020. With the addition of Brexit, the immediate prospects for the country appear bleak.