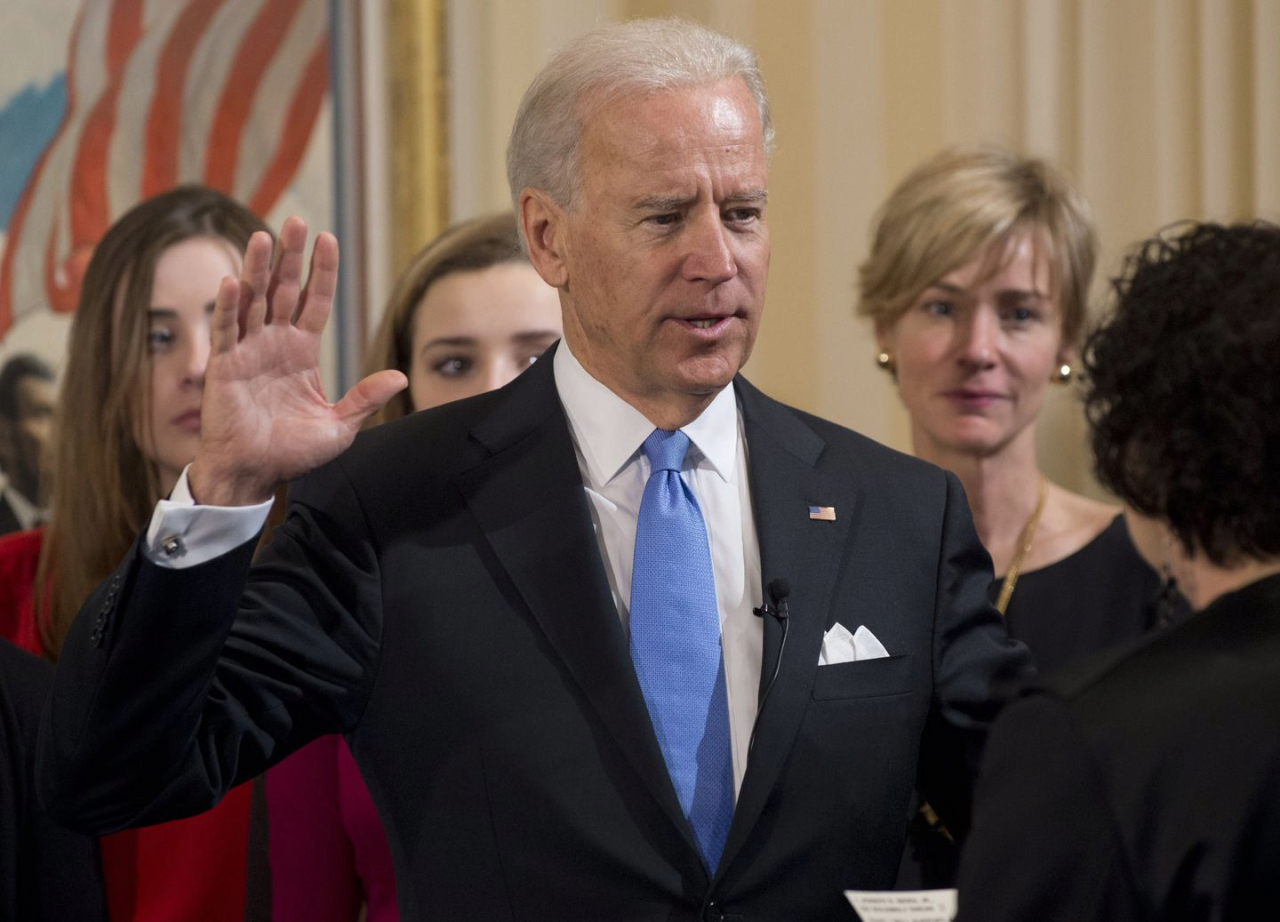 Taking oath as the 46th President of the United States of America, Joe Biden officially assumed office at a ceremony outside the US Capitol. The oath was administered by Supreme Court Chief Justice, John Roberts. As opposed to traditions, outgoing President Donald Trump did not attend the inaugural ceremony.

Joe Biden was born on 20 November 1942 in Scranton, Pennsylvania. He studied at St. Paul’s Elementary School and St. Helena School following which he attended University of Delaware and Syracuse University Law School. After his graduation from law school, Biden moved to Wilmington, Delaware where he began practicing law in 1968. Soon after, he joined the Democratic Party and was elected to the New Castle City Council in 1971.

As a councilman, he initiated his own law firm and was able to secure victory as a 29 year old becoming the fifth youngest US Senator in history. However, a week before Christmas in 1972, tragedy struck his life and he lost his wife and toddler daughter in a car crash whilst both his sons were severely injured. However, that did not stop him. In 1988, he dropped out of the democratic presidential nomination but had his eye on the position.

In January 2009 when Barack Obama became the President of United States, Joe Biden became his Vice President securing 60% of the electoral votes. Due to his son’s death in 2015, he was unable to file nomination papers for the presidency but in 2019, he grasped the opportunity and won the majority vote against sitting president, Donald Trump.

From tragic losses to severe illnesses, Joe Biden presents a human face to the American flag which had been soiled post Trump era. In Biden, the moderates see a glimmer of hope as the public heaves a sigh of relief after what was a tumultuous four year period under an unpredictable leader.

In this article:46th President, Joe Biden, The President of USA, The United States of America