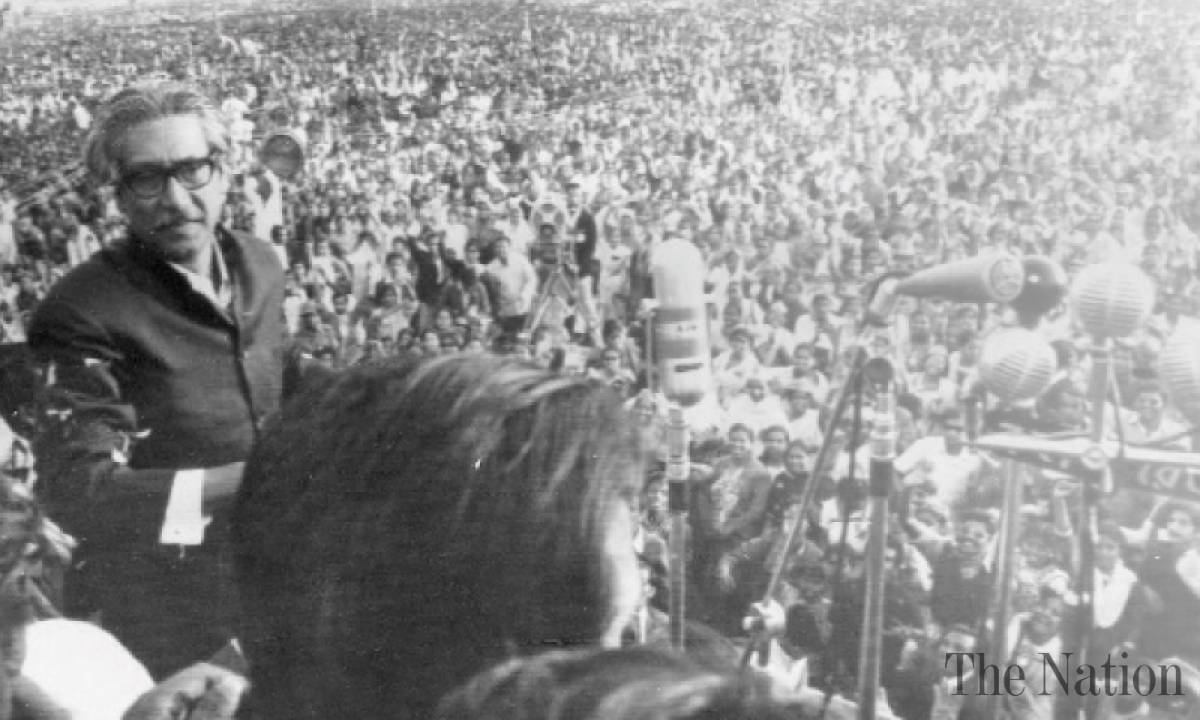 Close to fifty years after the 1971 war, our nation consciously chooses to forget what actually happened and rather perceives it as a defeat on political, diplomatic and defence front without acknowledging the actual causes. Woefully, we are still giving the international community our weak spots and continue to be taken advantage of. Nonetheless, the tragedy has left in shambles.

The tragedy apparently changed Pakistan’s psyche to ‘never again’ but the current game of power between political opponents and presumed military involvement might not only repeat history but this time the divide will result in a catastrophe. It seems that the characters have changed but the roles remain the same. Presently every segment of society is worried on current situation prevailing in the country.

What started as a refusal to accept Bengali as a state’s second language of Pakistan highlighted by Quaid-e-Azam. This announcement led to the history’s worst divide that only proved futile for Pakistan. The war of power in spite of winning election, Yahya Khan’s inability to handle the crisis, failure to transfer power to winning party Awami League of Sheikh Mujibur Rehman, seems quite familiar to Pakistan’s current situation when Opposition is not willing to accept election recults and accept government. It looks we have become our own enemies now. The desire for power has blinded everyone involved leading to only one outcome. Mostly political leaders have established their empires and settled their kids abroad.

After the specific targeted attacks on Bihari community and Supreme Court’s judgment that extended citizenship rights, made clear that the crimes against Bengalis were only remembered. As of today, thousands of Biharis continue to live in camps with multiple imputations.

Each year, Pakistanis recall December 16 as the fall of Dhaka or dismemberment of Pakistan. After the loss, Pakistan strengthened its defense with successful launching a nuclear program resolving to never let that happen again. Apparently the lessons learnt from 1971 shed light on the stronger military to avoid any such defeat in future.

Every child in their school must have learnt; ‘United we stand, divided we fall’. Unfortunately, these lessons are easily forgotten and the current state of affairs are leading to somewhat similar consequences but this time we might not be left with a home to call Pakistan.

Today we stand divided on political, ethnic, religious, and regional bases. We, being the best brains of the world, could not promote patriotism among new generations. Unfortunately, we are the only country where pride is taken by speaking against the state on mainstream media. None of the successive governments did a serious effort to put the house in order. The government always worked on an ad-hoc basis instead of adopting long-term policies in the best national interest. Our situation demands to adopt national unity, correct our way of governing, get rid of evils like nepotism and corruption in order to live a strong, respectful nation in this global village. Pakistan first-Policy should be adopted to be an emerging nation