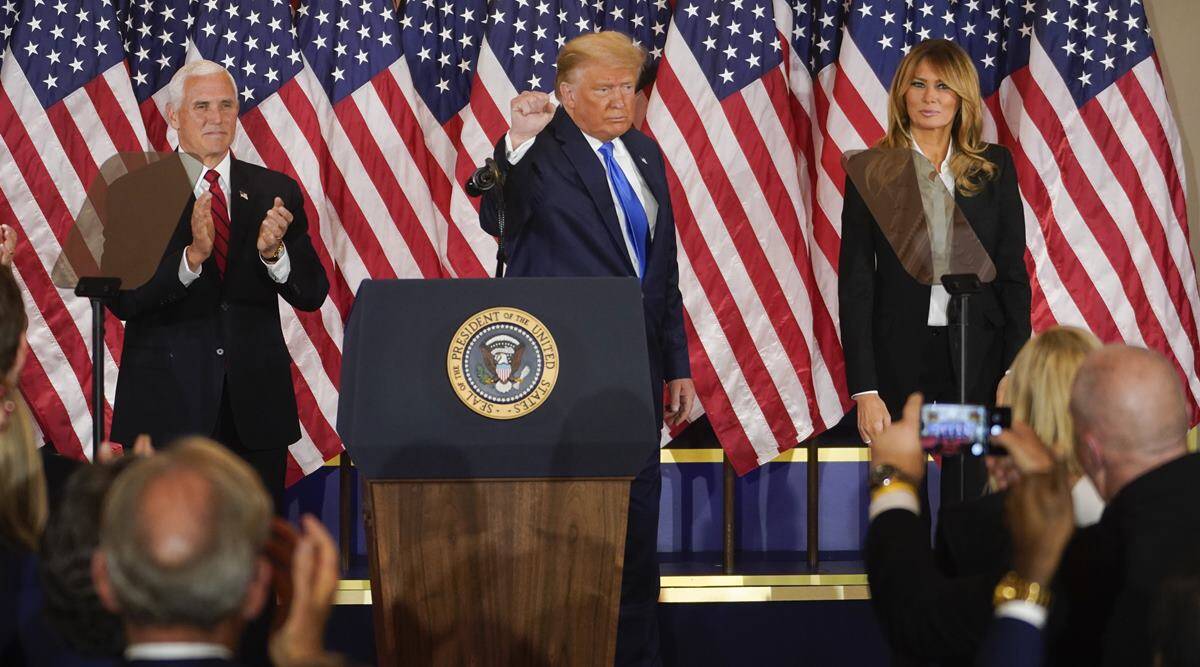 Commentary on the rancorous 2020-21 American election, contested by Donald Trump and Joseph Biden, has circled around domestic issues, but the United States’ dominance in international affairs means that the result can have major repercussions around the globe. In
contrast with Trump’s erratic and personalized policy, Biden portends a return to institutional norms. While this signals a sharp shift in certain matters, in other areas the difference lies in style rather than substance. This article examines the implications of these distinctions in southwest Asia and northeast Africa.

Foreign policy rarely features highly in American public discourse; dominated by the influence of powerful lobbies, such as the Israeli and Armenian lobbies, it is strongly shaped by the personal preferences of the American leader and his immediate entourage. Trump’s policy, centered on members of his clan and business networks – such as his son-in-law Jared Kushner, who has functioned almost as a parallel foreign minister – has ruffled career professionals in the American bureaucracy. Biden, if his years deputizing for Barack Obama and his own rhetoric are any indication, will likely remove this personalized style and bring the “adults” back in the room. But certain maxims of American foreign policy remained unchanged if more aggressively framed, in Trump’s tenure; these are unlikely to shift should Biden win. An additional question remains, given the pair’s advanced years, in their running mates: Trump’s unobtrusive deputy Michael Pence and Biden’s deputy Kamala Harris, who enjoys a significant independent power base and is likely to exercise more autonomy.

Trump’s volatile instincts, both their impact on American policy and their limits, should be well-known in Islamabad; a year after taking office, he fulminated against Pakistan in a manner indistinct from the Indian regime with whom he was on such good terms. Yet by the next year, he was waxing lyrical about Islamabad’s value as a partner and promising, albeit rhetorically, to mediate on Kashmir. The difference lay partly in the new Pakistani premier Imran Khan’s attempt to forge a personal link with his American counterpart. Its value was most obvious in Afghanistan, where Trump proved far more amenable to negotiating a withdrawal with the Taliban, a development that in turn made the American-installed government in Kabul nervous.

Yet such personal touch still had its limits: Trump remained sympathetic to India and made no protest at its annexation of Kashmir weeks later. India is a major trading partner and a bulwark against China – no less for Trump, whose rhetoric against Beijing has been far sharper than others, than for his predecessors. It is unlikely that Biden and Harris, the latter strongly supported by Indian-Americans, will make much of a change when it comes to American support for India. In short, while Trump’s decisions were colored by his personal relations, here they did not veer far off the beaten, pro-India institutional path.

If American positions on India seem static, it is unlikely that Biden will replicate Trump’s radicalism against Beijing. China and the United States remain economically interlocked, and the bipartisan Washington position toward Beijing had been largely conciliatory for nearly a half-century. The United States may protest China’s mass imprisonment of the Uighur minority and continue to take diplomatic steps against it; nonetheless, as in the case of Taiwan and Tibet, this policy is unlikely to escalate beyond performative criticism. This would mark a sharp turn from Trump’s trade wars and escalatory rhetoric.