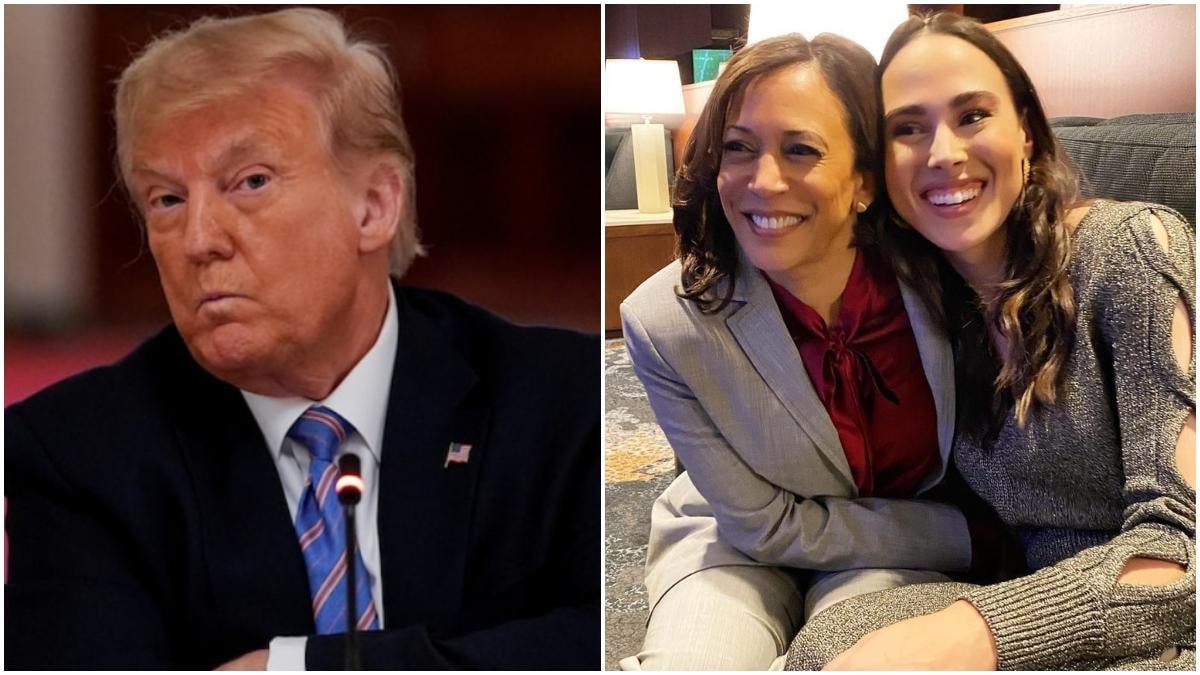 In the video, Meena cracks a joke about impeachment, while offering Harris peach mints saying ” auntie! I got you a gift, Im-peach-mints” which future vice president receives breaking into a laugh.

This video was originally shared when Donald Trump was impeached for the first time. In the caption, Meena said, “Can honestly say I never thought I would have a reason to post this a second time”, on Twitter.

While people loved the video and left comments saying,

“She’s just awesome and her reaction is indeed priceless,” one person commented.

Another said, “I’ve watched this so many times.”

Some of the people loved her socks which say ” Future is Female” and re-shared the video infatuated with the socks, wanting to have them.