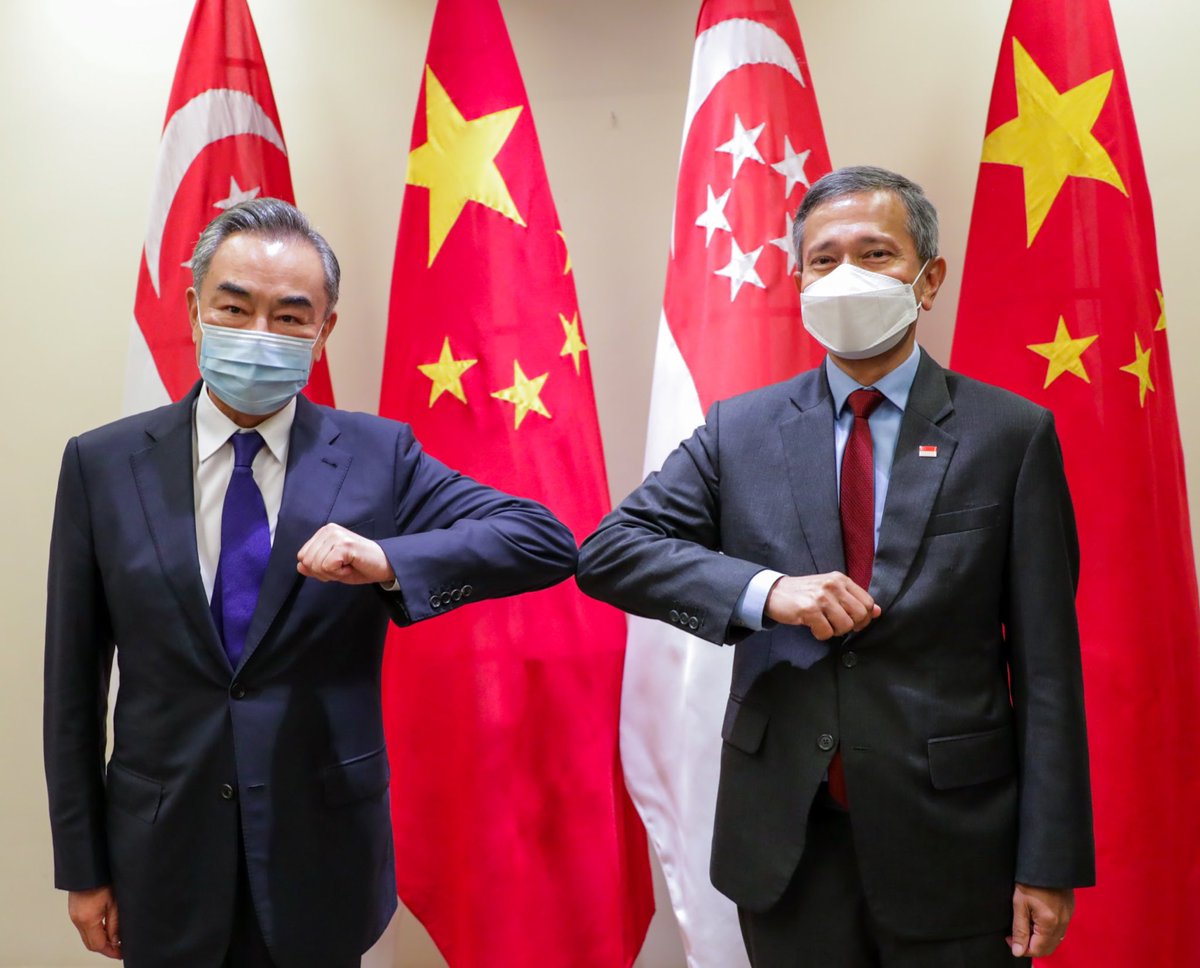 The 16th Joint Council for Bilateral Cooperation meeting between China and Singapore chaired by Deputy Prime Minister Heng Swee Keat and Vice Premier Han Zheng resulted in both countries signing an array of MOUs dealing with subjects such as health care provisions and increased connectivity. The highest level bilateral meeting between both countries provides a framework for other states which can capitalize on bilateralism and multilateralism and ensure that tangible solutions towards dealing with the pandemic without political wrangling or coercion are ensured.

The JCBC resulted in ten memorandums of understandings and agreements reached on food, healthcare, environmental protection and security between the two countries in a virtual apex meeting. Strategic visions on economic revival for the societies of China and Singapore while being cognizant of the importance of regional connectivity, trade and infrastructural development all came under the purview of the agreements inked. This foresight from both nations was also devoid of lingering differences and an understanding by their respective leaderships on the importance of economic development and prosperity. Both DPM Heng Swee Keat and Vice Premier Han Zheng reviewed cooperation under the Beijing sponsored Belt and Road Initiative as part of efforts to promote sustainable development as well as the China- Singapore Guangzhou Knowledge City which came under discussion as per a statement issued from the Prime Minister’s office.

The understandings reached are significant in light of the current COVID-19 global environment where digitalization of national economies is of utmost importance. Innovative ideas were already a product of the legacy of Singapore China ties given that the solid foundations were already established by the respective leaderships and successive generations of JCBC. On digitalization, the Singapore- China Shenzhen Smart City Initiative will benefit after taking on from an earlier MOU signed between the Communications and Information Ministry in Singapore and the Shenzhen Municipal People’s Government in Chongqing last year. The commitment expressed can be encapsulated in the words of Singapore Communications and Information Minister S. Iswaran who said that the aim is to ensure that cross-border data management, entrepreneurship and innovation would characterize the Shenzhen Smart City Initiative. It would be ideal if other countries do follow suit.

Building linkages between countries instead of adopting isolationist positions internationally is critical for a comprehensive, global post-COVID-19 strategy. Populist leadership across the world have prevented joint mechanisms to tackle the pandemic issue, a fact decried by various researchers. Singapore and China have demonstrated that joint initiatives

are possible through existing mechanisms in place. For example, on travel measures, Mr Heng mentioned the utilization of ‘fast lanes’ which was agreed upon in June this year and entails travellers from both sides being exempt from directives requiring serving quarantine periods for up to 14 days. Utilization of fast lanes will be complemented with attempts to increase flight frequencies between the two countries and exploring ways of restoring people to people exchanges. Economic exchanges between populations and immigration have a key role to play in ensuring the people’s livelihoods are kept intact as mentioned by DPM Mr Heng, which stands in stark contrast to anti-immigration stances adopted by the Trump administration as well as attempts to sanction and prevent Chinese initiatives from taking hold in the United States.

The fact that pacts regarding a comprehensive health partnership have been signed is also an antithesis to the narrative that China’s response to the COVID19 pandemic has been substandard to the point of denial. The United States has often accused Beijing of intimidating nations in its neighborhood with flare ups in the South China Sea being attributed to Beijing’s expansionist designs instead of American provocations. Two of the agreements signed at the JCBC dealt with the subject of health with Singapore’s Health Ministry signing a pact with its counterpart, the National Health Commission to prevent and control both communicable and non-communicable diseases. There was also a renewal of the 2013 memorandum of understanding which allows for health researchers to work in institutions dealing specifically with disease prevention.

Singapore’s Health Minister, Gan Kim Yong claimed that establishing this collaborative platform is critical given that the possibility of new pandemics emerging looms large. This fact challenges the Donald Trump administration’s claims that China lacked sincerity while dealing with the pandemic and its lack of transparency jeopardized prospects for a comprehensive response to the virus. Additionally, biomedical companies from Singapore and the Suzhou Industrial Park in China would enable cooperation in areas such as the commercialization of products and the testing of new concepts in a free-trade zone in the Jiangsu province, allowing Singaporean firms to expand beyond their shores. It is clear that there is no aversion to free trade exchange of ideas or transparency from Beijing’s end.

Dylan Loh, Assistant Professor of public policy at the Nanyang Technological University in Singapore mentioned how this island state wishes to become a willing partner and supporter of Beijing’s efforts to tackle the pandemic which stood in stark contrast to China being censured by other capitals on the world stage. There is appreciation on part of China for these agreements as well. Prominent Singapore political scientist Chong Ja Jan mentioned how China is receptive to ‘uncoerced’ cooperation between itself and its neighbours which is in contrast to the United States under the Donald Trump administration castigating China and rebuffing numerous calls for dialogue and negotiations to defuse tensions.

The JCBC has provided a roadmap for extensive bilateral and multilateral cooperation for other countries to follow in the post pandemic world, due to the strategic vision of the respective leaderships of both Singapore and China. It is hoped that in press- ing times, better sense prevails.