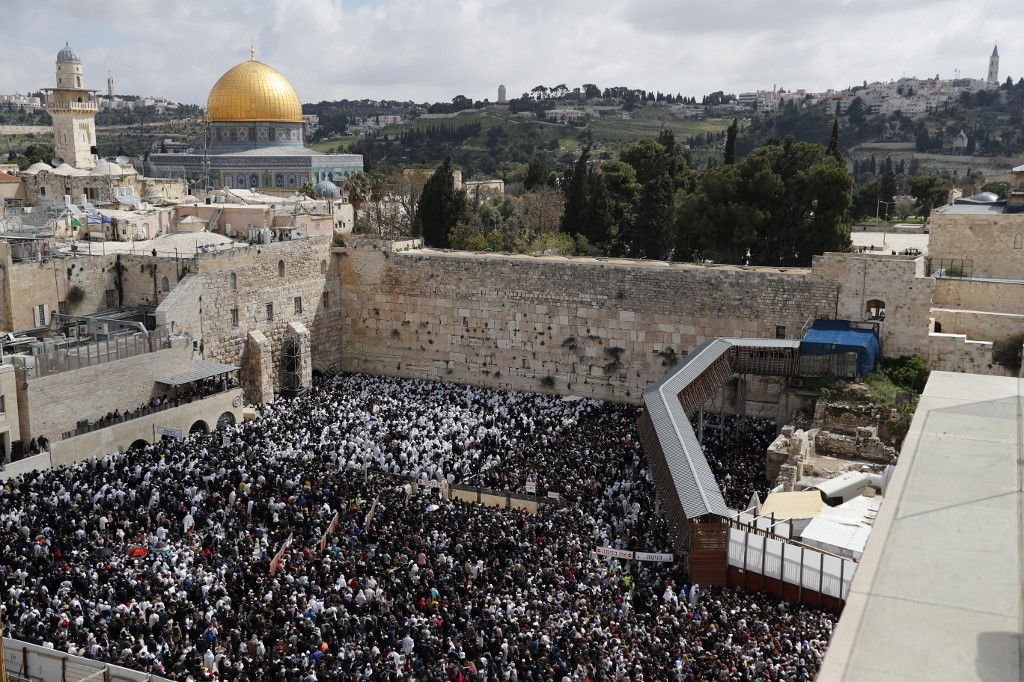 A brahamic religious, especially Jewish beliefs about end of human history impacts politics, diplomacy and within Israel, domestic policies. Middle East conflict, Jewish settlements in the occupied territories and fate of Jerusalem hinge upon ancient prophecies and how different sects of Jews interpret those prophecies.

Jewish beliefs originate from Tanakh, a canonical collection of Hebrew Scriptures, including Torah. End times predictions from Holy Scriptures give tidings that nation of Israel will dominate the earth at the end of Human history, under Moshiach (Jewish Messiah). Moshiach is still to come since Jews didn’t accept Jesus as the messiah in 33 CE.

According to traditions, the Hebrew calendar started at the time of creation of humans, current Hebrew year (2020-21) is 5781. Jewish apocalyptic beliefs concentrate on one specific issue; the Moshiach and the messianic era will begin no later than their year 6000.

Jewish eschatology can be divided into four eras; Pre-messianic, Messianic, Resurrection and Olam Ha-ba (the world to come), the seven thousandth year.

Pre-messianic era can be compared to a pregnancy. Difficulties of Jewish diaspora are like pregnancy problems. As the coming of Moshiach gets closer so does the difficult times like birth pains. Hedonism, insolence, promiscuity, corruption, inflation, wars and lack of leadership will be commonplace under worldly rulers. Youth’s attitude towards elders will be disgraceful. Common man’s life will be miserable due to jacked-up commodity prices. Jews would not pay heed to Torah. Due to unending wars after 9/11 and Covid-19 virus impact, the whole world is in a mess and people’s faith in the world systems has shaken. Jewish history of last millennium and wars on Israel bore heavy on the nation of Israel. The world is presently experiencing a destructive phase.

As the threshold of messianic era closes in, a renaissance for learning Torah and fondness of its practice are positive signs appearing among the Jews, Nations of the world are becoming friendly towards Jews and Israel. Without shedding an Israeli blood, through Gulf wars, regimes hostile to Jews have collapsed. Negotiators and peace keepers are helping nations to resolve centuries old conflicts, especially in Middle East. As if the world is getting close to a rebirth.

Ingathering of the exiled diaspora refers to the final return of Jews to Israel. This redemption will begin before the war of Gog and Magog and will not be complete until the defeat of Gog and Magog by Moshiach. Heralding the end of the Exile, Eliyahu (Elijah or Elias) will come to bring peace and unity among Jews. He will appear just before the arrival of Moshiach and facilitate the final redemption of Jews.

Gog, king of Magog (nations of north, Eastern Europe and central Asia) in coalition with Russia, Turkey, and Iran and according to some accounts North African nations will be poised to attack Jews of Israel. Gog Magog will be confronted by followers of Ishmael. Before this war, followers of Ishmael will instigate war against people of the north (some Jews indicate this to 9/11 attacks). European and northern nation (USA) will defeat the Middle Eastern nation (Gulf wars) and a fourth region of Arabia (Afghanistan). Jewish eschatology anticipates the arrival of Moshiach soon. Messianic era will begin with his arrival.

Gog will eventually attack the land of Israel. Support will come from the lost tribe of Ben Joseph from east. Gog will kill Moshiach Ben Joseph, and also defeat the armies coming from far north (anticipated USA). People of Israel will be cornered and turn towards Moschiach. God will intervene and Jews under the leadership of Moshiach will defeat Gog and Magog. All empires of the world will crumble and God’s authority will be introduced back to the world under the kingship of Moshiach. Moshiach, belonging to the house of David will be a great scholar of Torah. He will motivate the Jews and the people of Israel to the study and practice of Torah. Jews believe that he will be an extraordinary human carrying God’s divine spark, embodiment of spiritual perfection. His stature and honor will precede all the previous prophets. He will judge with righteousness and equity. A true king to the Jews and the world and bring all nations under God’s rule, ending all wars in the world. Final redemption of the Jews to the land of Israel will take place. He will build the Temple, establish prayers and word of Yahweh (God) will spread from Jerusalem, whole world will pay heed to the word of

God. All the Jews who accept the Moshiach, including the dead will be resurrected in body and soul, immortality will be re-established and death will end.

From Redemption to last resurrections, messianic era will last for forty years. Righteous will be resurrected first and Jews with just circumcision will be resurrected last. Many Jews pay large sums to get buried on Mount Olive facing Eastern gate of the Temple Mount, so that when resurrected they are alongside the Moshiach when he enters the Temple.

One of the main task of Moshiach will be to build the third Temple, if not built earlier. Traditional view is that commandment to build only applies when majority of Jews are living in the land of Israel. Then a proph- et’s presence is required to clarity Temple related religious matters and identify location of the Altar. To build the Temple, especially holiest of the holy, a high level of purity is required. Since every Jew who has come directly or indirectly in contact with a human corpse is impure. To get purified one needs to wash oneself with water mixed with ashes of a burnt Red heifer. Since 2015, the Temple Institute has produced several such heifers, but till date no heifer of ripe age has qualified. Then a special bluish color dye is needed for the garments of the holy men. Special vessels of holy temple including the holy Arc are lost and need excavation, but Muslim control of the Temple Mount prohibits this activity. Hence Moshiach is awaited for resolving such obstacles. Second view is that God will build the Temple and it will be sent miraculously from Heavens. Third view is that we don’t have to wait for God’s intervention or for the arrival of Moshiach, but the people of Israel will build the third Temple. Leading Torah scholars of every generation are competent to address the issues of the Torah law. They believe that they have solutions to all Temple related issues.

After Resurrection, a new perfect world will be created that will last for one thousand years, called Olam Ha-ba.

End of days Jewish beliefs came in the forefront of modern history due to Zionist movement, establishment of the state of Israel. Zionism was initially a socialist political movement and early leaders were anti-clerical. As the movement coalesced

into a modern state, however, rabbis, scholars, and statesmen gave rise to a vigorous debate that ranged from anti-Zion- ist fervor and vilification of the State of Israel to a new movement called Religious Zionism. The political conflict continues till date and how Jews relate to it depends largely on how the various sects within Judaism feel about End days.

Of the approximately 15 million Jews in the world today, majority of them can be categorized into four groups; Orthodox, Conservative, Reformed and Reconstructionist. Each of these groups have different perspective on prophecy, and within each group are numerous variations.

Orthodox Jews believe in the divine inspiration of both the written and oral law (Torah) and profess everyone to follow it strictly. They believe that Messiah will come and restore Israel. Haredi (Ultra-Orthodox sub-division) are against modern world and are hostile towards the State of Israel while modern Orthodox Jews are generally supportive of the State.

Reformed Judaism insists that religion must evolve with human progress and fully embrace modernity. Regarding the Torah, reformists view it more as a book of principles for good living and not a strict and mandatory document. Personal virtue for daily living and ideals of peace and love are considered more important than violence and racial undertones of apocalyptic literalism.

Reconstructionist Judaism teaches that Jews should be respectful to the ancient law, but it was not binding. It is friendly to modernism and insists that Judaism must evolve and adapt to human progress. They do not believe in a futurist literal interpretation of the ancient prophecies at all. They embrace Zionism but also want “peoplehood” for the Jewish communities living in Diaspora. Their leader called for social justice within Israel, both for Jews and Non-Jews.

Jews in Israel and across the globe thus hold very diverse views on eschatology. These worldviews ingrained with regional politics effect the geopolitics in Knesset. Since Kadima, Likud and Labor parties have to net in several religious parties for coalition governments, these smaller parties exert disproportionate influence in Israeli politics. As western leaders strive to find credible solutions to the turmoil in the Middle East, it is clear that they must understand the role of religion and competing Jewish views about the end times.