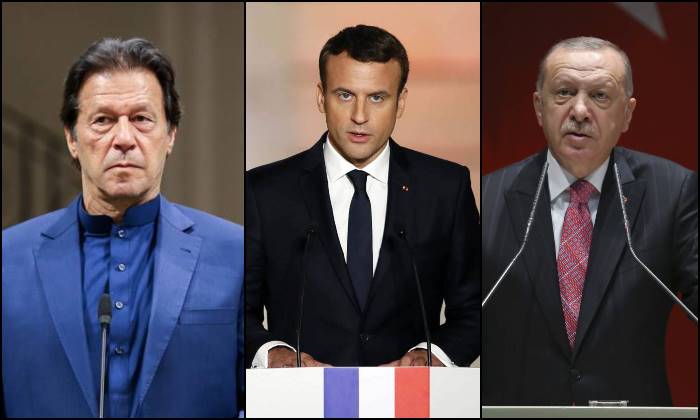 French Interior Minister Gerald Darmanin has in a statement hit back at Pakistan and Turkey, telling Islamabad and Ankara not to “interfere in France’s domestic affairs”.

Both Turkish and Pakistani parliaments have passed resolutions condemning Macron’s statements and urged their governments to recall envoys from Paris.

“It should shock each one of us that foreign powers are meddling with what is going on in France,” he told France Inter Radio, adding that he was referring to Turkey and Pakistan.

According to sources, the prime minister informed the federal cabinet on Tuesday that he would write letters to Muslim world leaders and seek their support on the matter.

PM Imran Khan said that no one should be allowed to disrespect Prophet Mohammad (PBUH) in the name of freedom of expression.