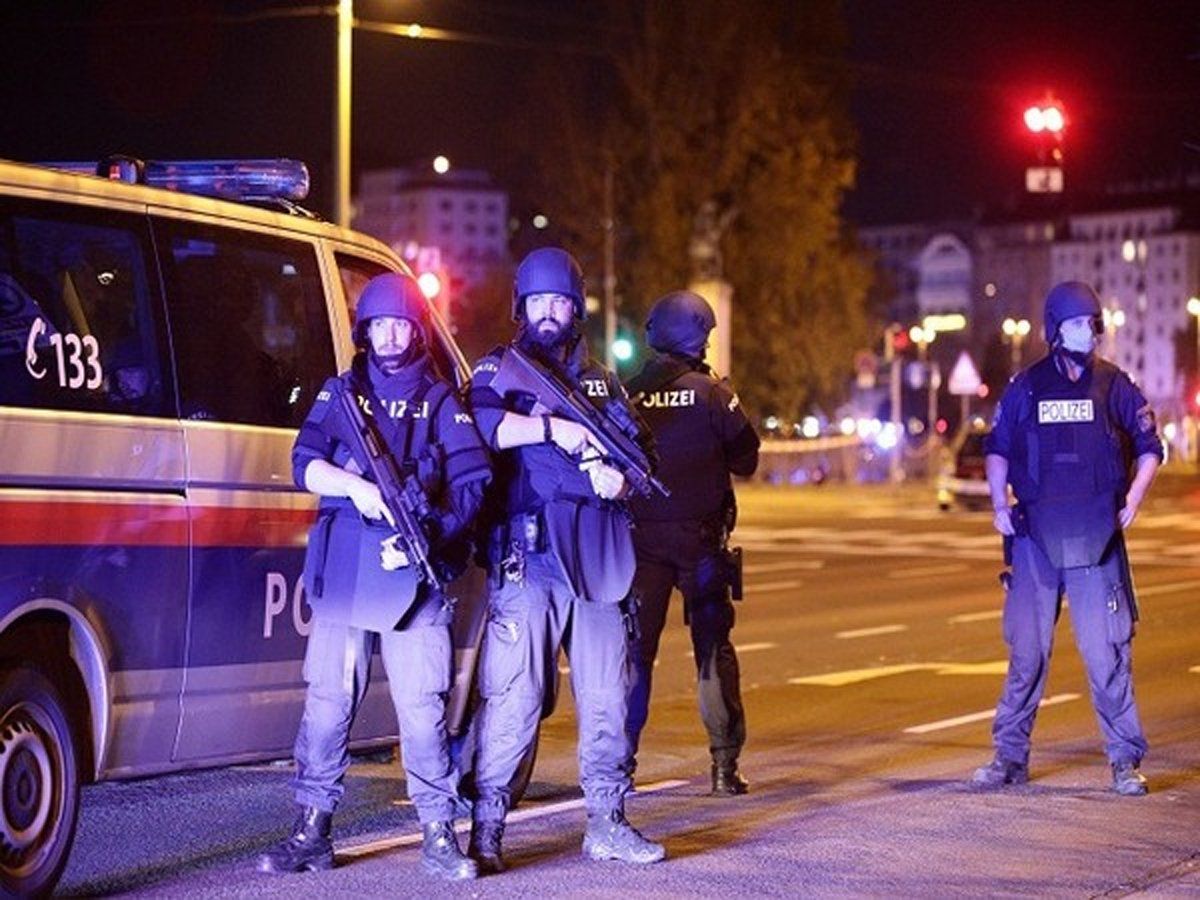 A gunman in Vienna, Austria opened fire at multiple places and ran away killing 2 people and wounding several. Austrian Chancellor Sebastian Kurz described the incident as a “repulsive terror attack”, with a huge manhunt underway for the assailants.

One of the gunmen was shot dead by police who said they were hunting for at least one more attacker still at large.

The police said attacks, in six locations including near a synagogue in the center of town, were carried out by “several suspects armed with rifles”.

The shooting began just hours before Austria was to re-impose a coronavirus lockdown, with people out in bars and restaurants enjoying a final night of relative freedom.

The attacks started at around 8pm when the first gunshots were heard in the city’s centrally-located first district.

In a press conference early Tuesday, Interior Minister Karl Nehammer said: “According to what we currently know, there is at least one attacker who is still on the run.”

In this article:austria, Vienna, Vienna Shooting