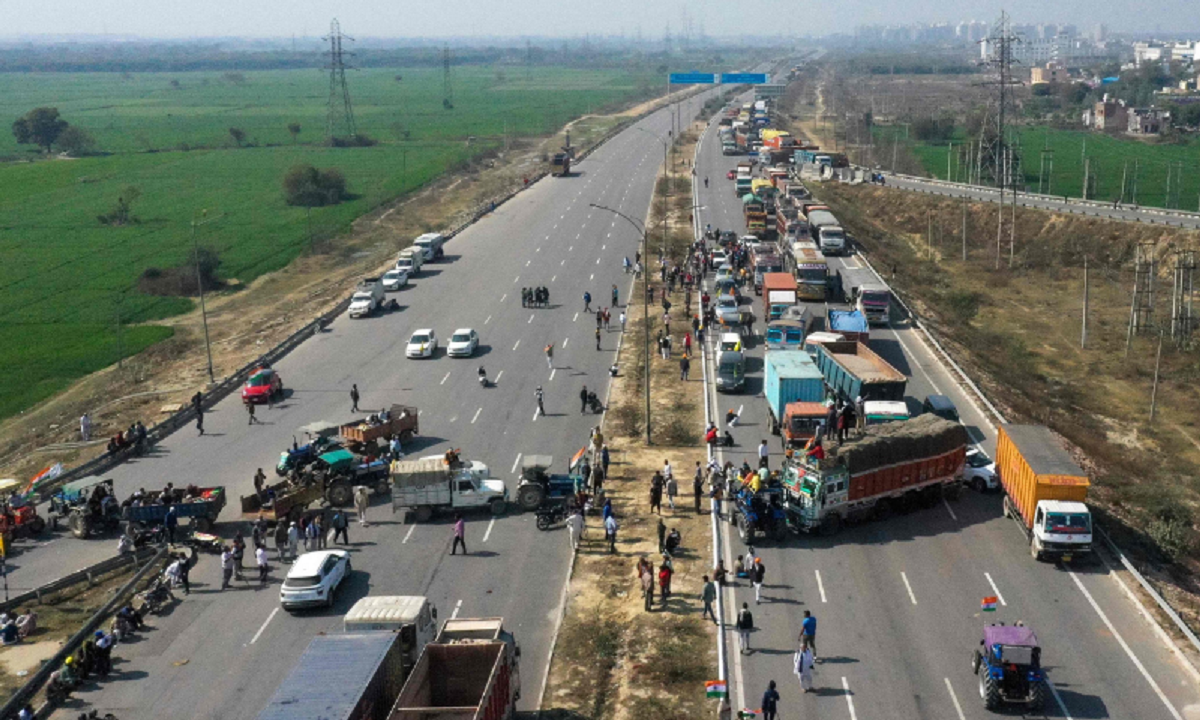 Tens of thousands of farmers in India have continued prolonged protest despite the agriculture minister’s opposing arguments made yesterday in Parliament.

On Saturday, the farmer blockaded roads with makeshift tents, tractors, trucks, and boulders to pressure the government to reverse agricultural reforms law.

The initial protests were started by rice and wheat growers from northern Indian who camped out on the outskirts of New Delhi, support for them has been growing especially in states not ruled by Prime Minister Narendra Modi’s party.

The Indian government offered concessions to the farmers but refused to repeal three laws passed last year that it says are crucial to bring new investment to the sector, which accounts for nearly 15% of India’s $2.9 trillion economy and about half its workforce.

The farmers fear the reforms will leave them at the mercy of big corporate buyers, gradually ending the current practice of assured government purchases mainly for grain such as wheat and rice.

Saturday’s three-hour road blockade started around noon except in New Delhi and a couple of neighbouring states.

Farmers squatted on the road in the eastern state of Odisha and Karnataka in the south with flags and banners protesting against the laws, with some carrying placards urging the government not to treat them as enemies.