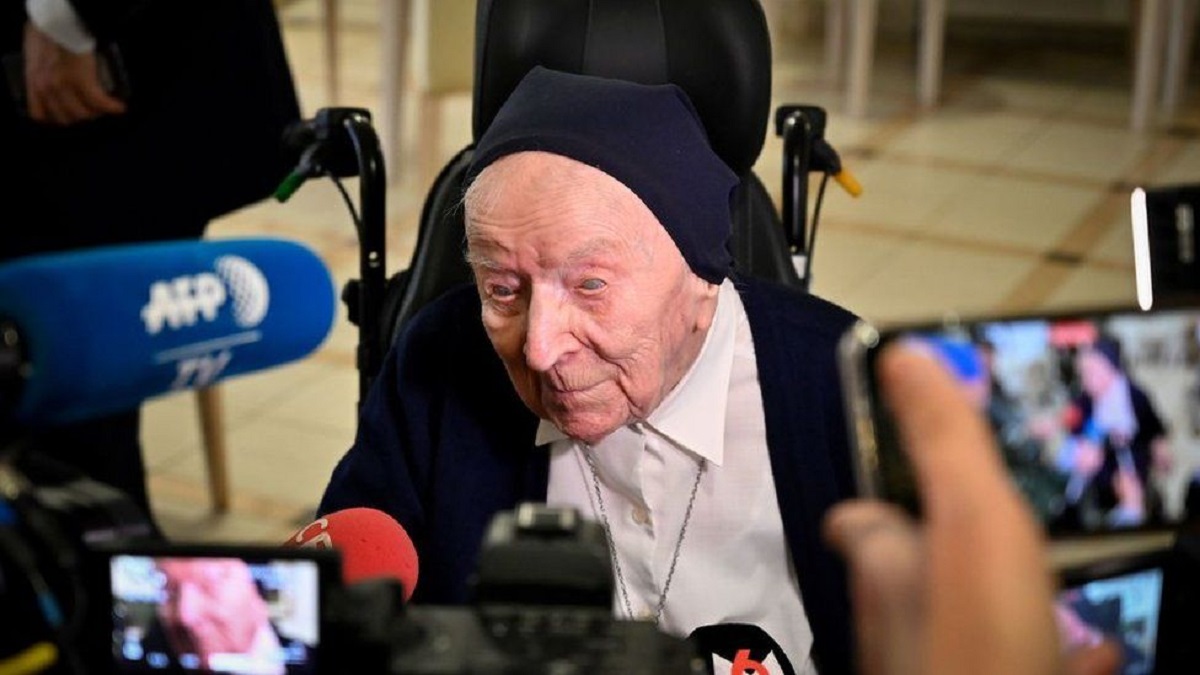 Europe’s oldest person, who hails from France, is a nun who survived Covid days before her 117th birthday.

Lucile Randon, who took the name of Sister Andre in 1944, tested positive for coronavirus on 16 January but didn’t develop any symptoms.

Randon told local media that “(she) didn’t even realize I had it.”

She isolated herself from other residents in her retirement home in Toulon, southern France, but is now she is considered fully recovered.

Sister Andre, who is blind and uses a wheelchair, is now looking forward to celebrating her birthday on Thursday.

“She has been very lucky.”

“She didn’t ask me about her health, but about her habits. For example, she wanted to know if meal or bedtime schedules would change. She showed no fear of the disease. On the other hand, she was very concerned about the other residents.”

While Sister Andre is Europe’s oldest person, she is also the second-oldest living person in the world, according to the Gerontology Research Group’s (GRG) World Supercentenarian Rankings List. Sister Andre was born on 11 February 1904.

French broadcaster, BFM, asked her if she was scared of having Covid. Sister Andre said