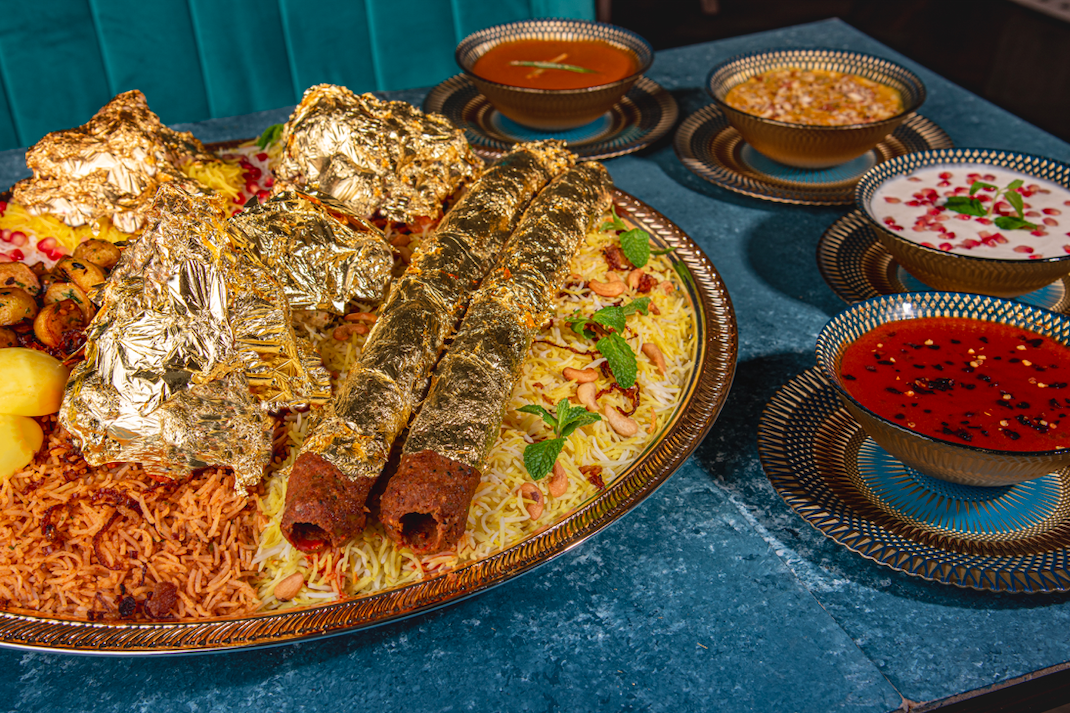 Bombay Borough in DIFC launched the world’s most expensive Biryani to celebrate the restaurant’s 1st anniversary.

The owners of the restaurant have named their magnificent signature dish, “The Royal Gold Biryani” enriched with unique spices and 23 karats edible Gold.

To complement the biryani, sauces, curries, and raitas are served along. The royal meal is basically served in a Thaal with a garnishing of 23 karats edible Gold.

The price of this biryani in Dubai is DHS 1,000 which takes forty-five minutes to prepare and the serving is enough for four and six people.