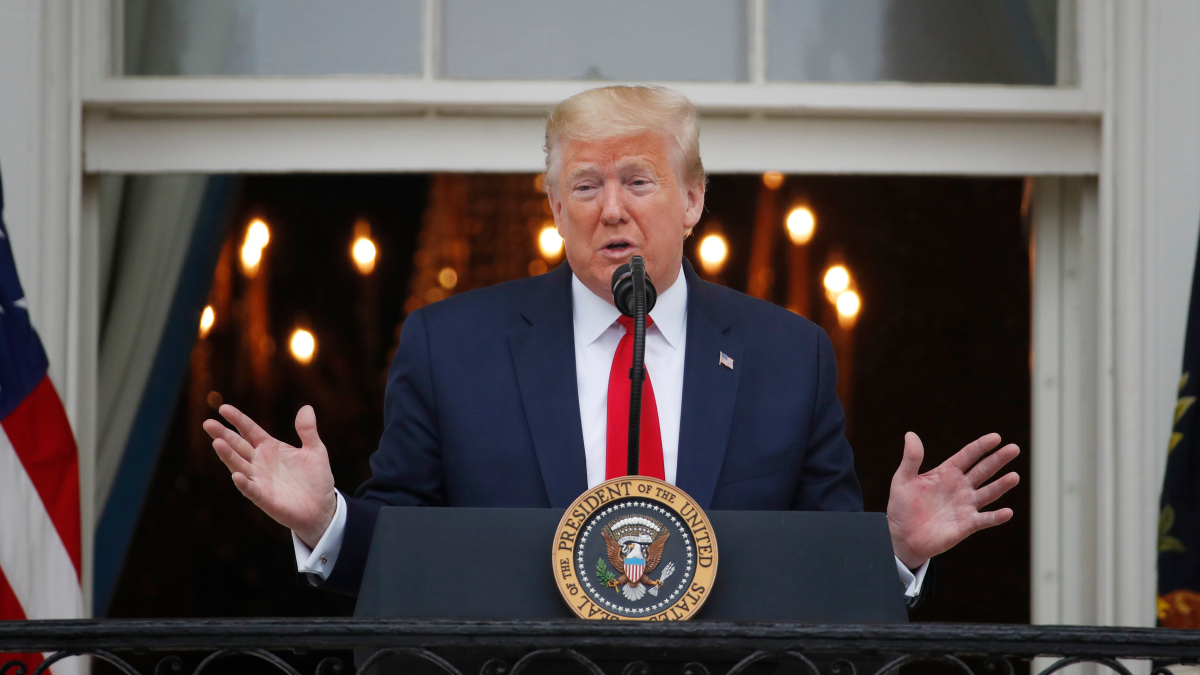 President Donald Trump speaks during a "Rolling to Remember Ceremony," to honor the nation's veterans and POW/MIA, from the Blue Room Balcony of the White House, Friday, May 22, 2020, in Washington. (AP Photo/Alex Brandon)

A day earlier, outgoing First Lady of the United States, Melania Trump released a farewell video on Twitter. Hours later, Donald Trump also shared a video in which he is seen wishing the new administration ‘Luck’. He has also talked about events which are contradictory to the reality.

According to the Washington Post Trump still has not conceded the election to Joe Biden. He is seen condemning the riots but he was actually encouraging rioters while they were in the Capitol on January 6 saying, ” We love you. You’re very special.” He made claims which were contradictory to reality. See for yourself;

In this article:Donald Trump, Farewell Message, President Trump, The President of USA