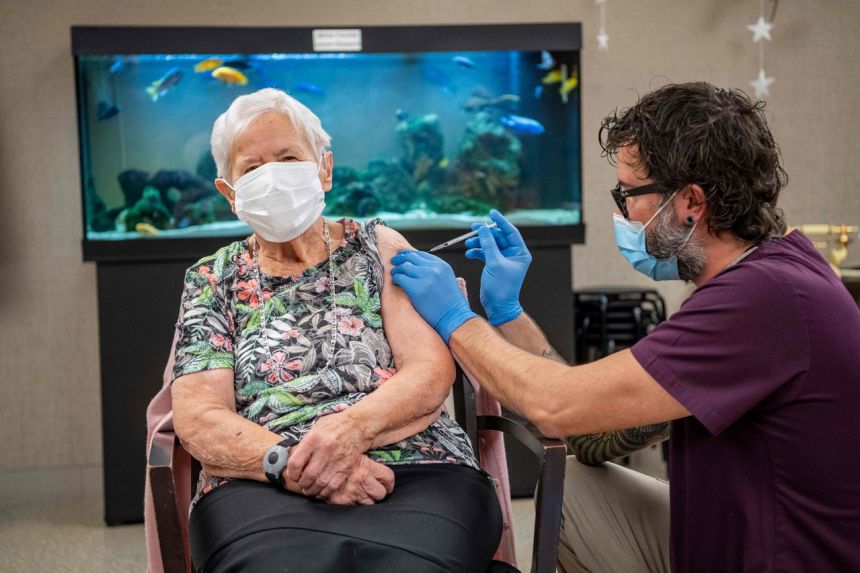 A 91-year-old woman in Switzerland died days after she received the jab of BioNTech and Pfizer’s vaccine. However, the Swiss authorities asserted on Wednesday that there is no indication for the vaccine to be responsible for the death.

The Swissmedic regulatory authority and regional authorities in the central canton of Lucerne confirmed reports that the woman was among the first to receive the vaccine in Switzerland, last week had died.

However, a Swissmedic spokesman insisted to AFP that the timing of the death on Tuesday in a Lucerne nursing home, just five days after receiving the vaccine, “was a coincidence”.

Swissmedic said in a statement,

“Investigations by the cantonal health authorities and by Swissmedic have shown that, based on the medical history and disease development, a connection between the death and the Covid-19 vaccination is highly unlikely.”

The deceased had already been suffering from several diseases, the agency notified.

“Neither the medical history nor the acute course of disease suggests a direct causal link between the Covid-19 vaccine and the death,” it said.

“Pre-existing diseases” had been listed as the natural cause of death on the death certificate, it pointed out.

Swissmedic, which approved the Pfizer-BioNTech vaccine on December 20, stressed that no unknown side effects had occurred since vaccinations had begun in the country a week ago.

In this article:BioNTech and Pfizer Vaccine, Swiss Authorities, Switzerland