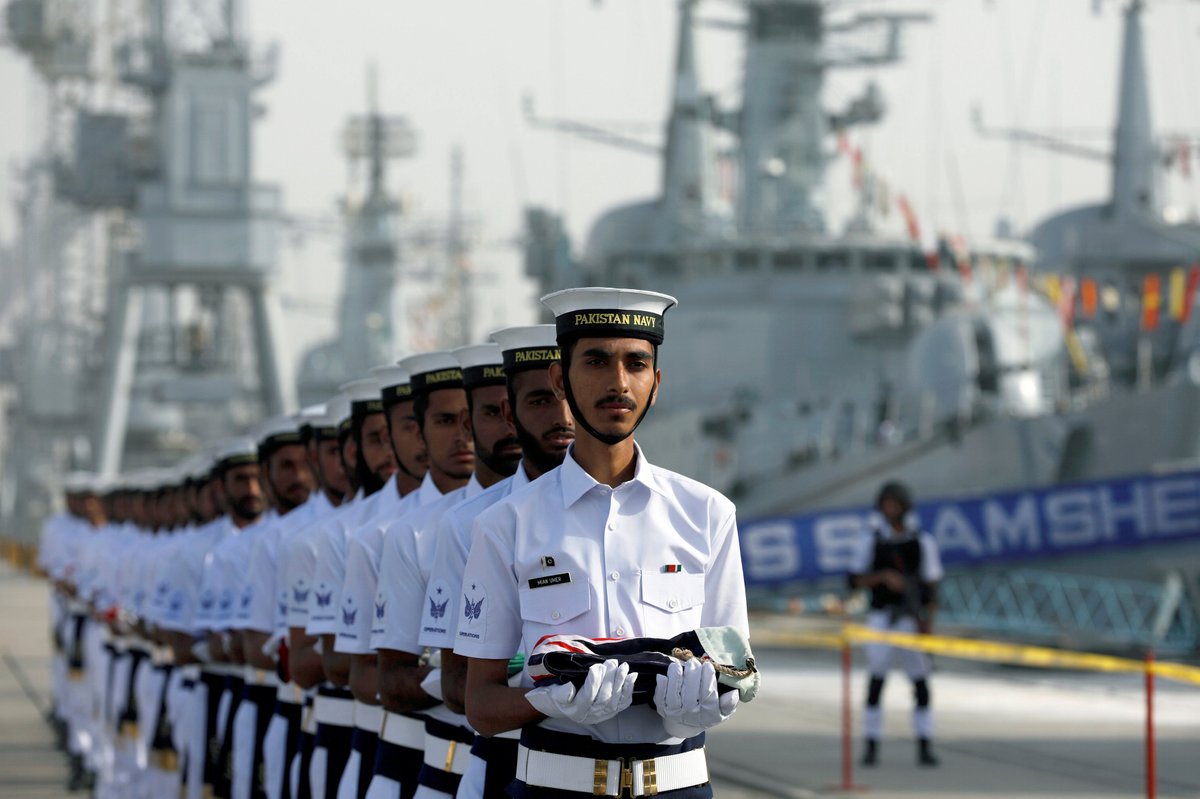 While the world struggles to meet the challenges of the pandemic COVID-19, the responsibility of defense can neither be relegated nor postponed because existential threats do not diminish with natural calamities. If lessons can be learned from the history of statecraft and warfare, nations at a lower ebb of vulnerability can invite aggression from vested interests.

Like the other arms of service, Pakistan Navy (PN) too not only maintains constant vigil but also keeps its powder dry to meet any challenge head on. Organizing and participating in military exercises remains a time-tested method of honing the skills and being prepared to defend the motherland.

Pakistan Army and Air Force have recently conducted bilateral and multilateral exercises to enhance their preparedness and share the experiences of other forces. PN, besides conducting domestic exercises, has a decade and a half old tradition of hosting a biennial Multinational Exercise titled Aman, to demonstrate Pakistan’s commitment to peace, contribute towards regional maritime security and enhance interoperability between regional and extra regional navies, particularly against asymmetric threats.

The initiative taken by PN must be examined in the backdrop of the prevailing global maritime milieu, which remains fraught with challenges from traditional and non-traditional threats. Despite the advancements in airborne and land platforms for the conduct of trade and commerce, the oceans, which continue to serve as the highways of global economy, also provide attractive avenues for illegal activities such as piracy, human smuggling and arms as well as drug trafficking in bulk. The still prevailing threat of terrorism also makes the maritime arena happy hunting ground for the harbingers of violence, chaos and mayhem.

Being a responsible maritime state, Pakistan has always endeavored to contribute towards regional peace and stability. In addition to participating in bilateral and multilateral exercises, Pakistan’s commitment to the principle of ‘peaceful coexistence’ and desire for greater regional harmony and cooperation is also reflected through its armed forces’ participation in UN Peacekeeping missions and UN mandated Combined Maritime Task Forces 150 & 151, which PN has had the honor to command on numerous occasions in rotation.

In this environment, PN’s multilateral exercise Aman has gained significance by becoming a major international level event, which is evident from the growing number of participations despite the challenges of COVID-19.

To-date, six exercises have been conducted while the seventh exercise has been planned to be launched in February 2021. All previous naval exercises of the Aman series were participated wholly by navies of friendly countries, ushering goodwill to Pakistan, but have also resulted in all participants including the host PN, gaining tremendous professional experience. The central idea of the Aman series lies in its name signifying “peace”. In the previous exercise of the series, Aman-6, held in 2019, a total of 46 countries participated in the exercise with their requisite assets, different platforms and 115 observers. No wonder that despite the Coronavirus constraints, Aman-7 is drawing greater interest.

The concept of Aman-7 rests on its design to provide a common forum for information sharing, mutual understanding and identifying areas of mutual interests for group analysis and dialogues through an international Maritime Conference. It also aims to develop and practice response tactics, techniques and procedures against asymmetric and traditional threats during the sea phase of the exercise. A tertiary but welcome aspect involves the intermingling of multinationals with depiction of their respective cultures including cuisine during cultural shows and food galas. The organizers have planned Aman-7 seeking the fulfilment of numerous objectives, which seek to enhance interoperability with regional and extra regional navies thereby acting as a bridge between the regions and display united resolve against terrorism and crimes in the maritime domain.

As discussed above, the conduct of multilateral exercise will be in two phases, harbour and sea. The port city of Karachi is in for a treat with multinationals from numerous navies participating in the opening ceremony, wreath laying at Yadgar-e-Shuhada, friendly sports fixtures. If that were not enough, military bands of participating navies will be displaying their musical talent; multicultural variety shows will add colour while a food gala depicting cuisine from the participating navies will stimulate the palette of culinary connoisseurs. Eminent maritime experts, researchers, delegates and academics from around the globe will be sharing their thoughts on professional topics at the international Maritime Conference being held under the aegis of National Centre for Maritime Policy Research.

The sea phase promises rich action in the shape of an International Fleet Review, counter terrorism maneuvers by teams of marines and members of naval special services groups, counter piracy demos, various exercises to practice response against maritime security threats in a multinational scenario, surface and sub-surface firing of munitions, fly past by naval aviation and Pakistan Air Force elements. Exercise Aman-7 is expected to bring honour to Pakistan and will raise the morale of PN for hosting a major multi-nation operational exercise and strengthen the confidence of the nation in the capabilities of the maritime guardians of Pakistan.

Over the years, the experience of organizing a major event like the Aman series of multinational exercises speaks volumes for its prestige and has not been lost on its well-wishers, who marvel not only at the PN’s rising esteem through its professional expertise, hospitality and its commitment to guard the maritime frontiers of Pakistan and keeping its sea lines of communications open.

In this article:Ecxercise, Pakistan Navy