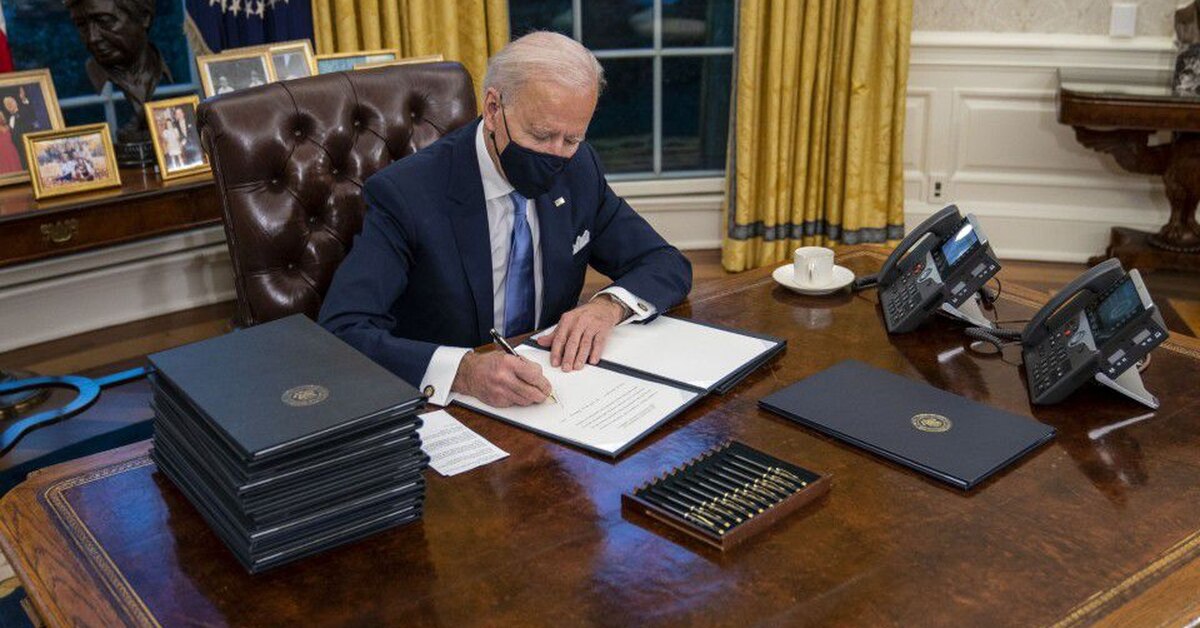 Right after taking oath as the 46th President of the United States, Joe Biden moved swiftly to dismantle the remnants of the Trump administrative policies. Passing 17 executive orders, he rescinded several key decisions to revert America back on the path he deems great. Amongst these orders was the appointment of Jeffrey D. Zients as the official COVID-19 response coordinator as well as the initiation of the 100 days masking challenge to help curb the virus.

Furthermore, he removed all obstacles in the path of Deferred Action for Childhood Arrivals program by providing it permanent status through enaction from the Congress. Similarly, all efforts to demean minorities and non-whites have been repealed. In the same context, the Muslim ban was rescinded as was the decision to build a border wall with Mexico.

However, it did not end there. He notified and signed a letter to reenter the United States in the Paris Climate Accords, officially backing off from the prior stance of admonishing the case of environmental control and climate change. Various other orders were sent regarding the economy, minority communities including LGBTQ+ and racial discrimination.