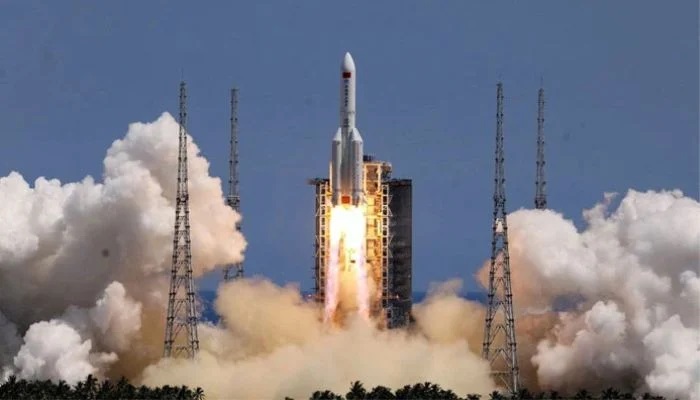 According to South Korea’s scientific ministry, the Korea Pathfinder Lunar Orbiter, also known as Danuri, in Korean known as “enjoy the Moon,” was launched aboard a SpaceX Falcon 9 rocket from Florida’s Cape Canaveral US Space Force Station at 8:08 am on Friday (2308 GMT on Thursday).

About 40 minutes after launch, the 678-kilogram (1,495 lb.) Danuri detached from the rocket and started communicating with a ground station at 9:40 am.

After reporting that the orbiter had started moving in the direction of the moon, Vice Science Minister Oh Tae-seog said in a briefing that “analysis of the obtained information verified that Danuri was working normally.”

According to the ministry, it will begin a year-long observation mission in December when it enters the moon’s orbit, which will include looking for a landing site and testing space internet technologies.

If successful, South Korea will rank fourth in Asia and seventh overall among countries that have explored the moon, behind China, Japan, and India.

Originally set for Wednesday, the launch was postponed due to a SpaceX rocket maintenance issue.

After South Korea and the US said that North Korea secretly tested a new intercontinental ballistic missile under the guise of launching a spacecraft, Kim Jong Un, the leader of North Korea, said that the country’s space rocket launch facility should be improved to help the country reach its goal of exploring space.

According to South Korea, any military applications of the technology, such spy satellites, are for national defense, while the country’s space program is for peaceful and scientific objectives.