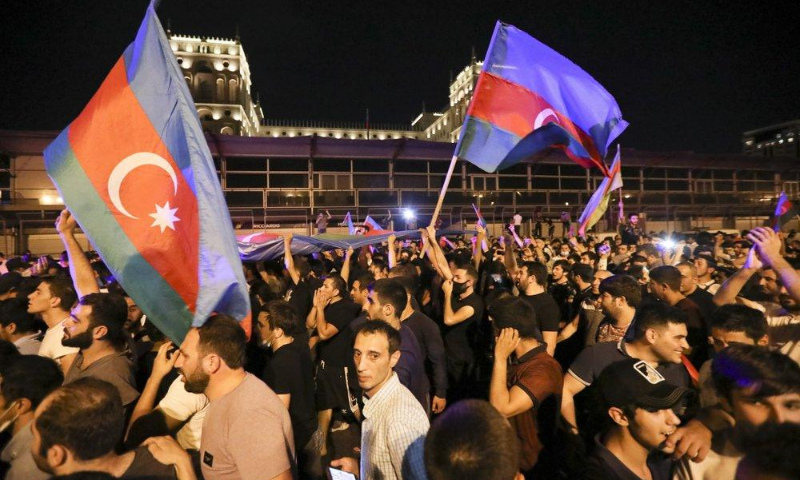 Nagorno-Karabakh ceasefire agreement facilitated by Russia on Tuesday was followed by Russian troops coming in for peacekeeping.

Russian President Vladimir Putin confirmed that both Armenia and Azerbaijan had agreed to “a total ceasefire” that would create the conditions for a long-term settlement of the conflict.

Putin said the two sides would hold on to areas under their control and that Russian peacekeepers would deploy along frontlines and to secure a corridor connecting Nagorno-Karabakh with Armenian territory.

He said displaced people would be allowed to return to the region and there would be exchanges of prisoners and bodies from the fighting.

Russian news agencies quoted the defense ministry as saying 1,960 peacekeepers would be deployed with 90 armored vehicles.

The ministry said several Ilyushin Il-76 aircraft carrying the first peacekeepers and their equipment had taken off from an airfield in Russia.

Aliyev said Armenia had agreed to a timetable to withdraw its forces from large parts of Nagorno-Karabakh and that Azerbaijan’s ally, Turkey, would be involved in implementing the ceasefire.

The conflict over the territory — which has simmered for decades despite international efforts to reach a peace deal — erupted into fresh fighting in late September.

More than 1,300 people have been confirmed killed, including dozens of civilians, but the actual death toll is believed to be significantly higher.