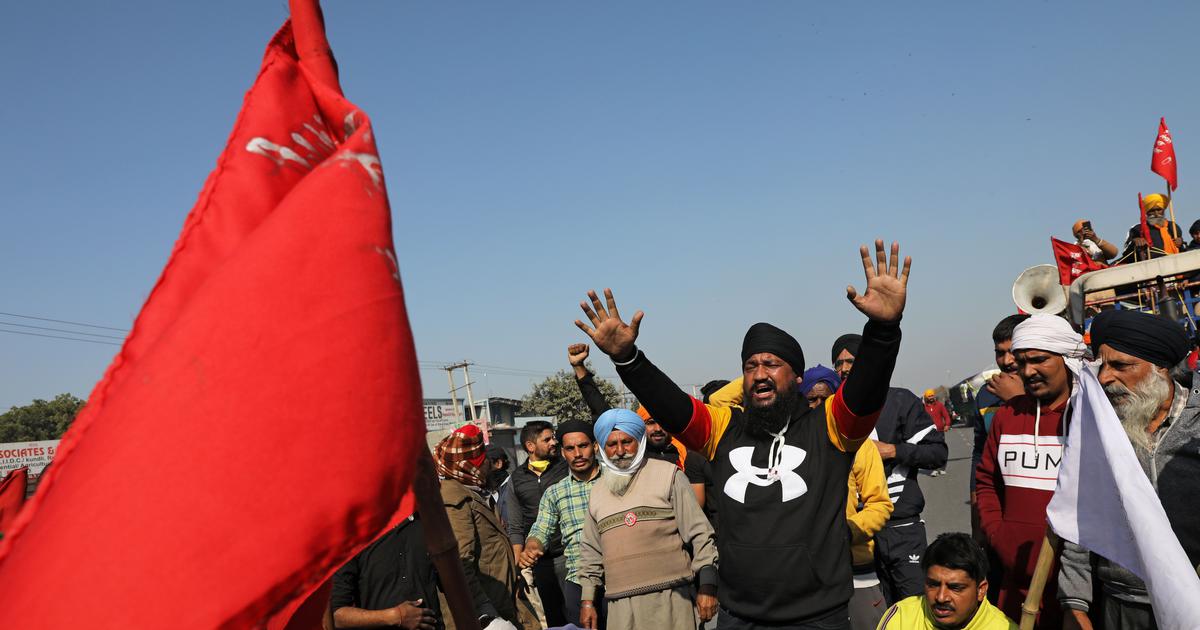 The farmers’ protest on the borders of New Delhi, the capital of India, has entered its 12th day.

In the next phase of the movement to end anti-farmer laws, the farmers’ organizations had called for a complete strike across India on December 8 (i-e, tomorrow) and called for the support of all opposition parties. Eleven major opposition parties, including the Congress and the Communist Party, have issued joint press releases in support of the December 8 full-scale strike.

The statement added: “These new agricultural laws have been passed by distorting democratic traditions by holding a systematic debate and voting in Parliament. The implementation of these laws has endangered food security in India. The purpose of these laws is to destroy Indian agriculture and farmers. With the abolition of the minimum support price, it is planned to leave Indian agriculture at the mercy of the multinational and local corporate sector. The central government should meet the legitimate demands of the farmers while adhering to democratic principles.”

Farmers’ organizations have agreed to include more farmers from different states in the protest. In addition to not compromising on demands and repealing all three agricultural laws, it has also refused to be part of any negotiations.

Five rounds of talks between the farmers’ representatives and the government have been completed so far. The next meeting will be held on December 9. The government is willing to amend the laws, while farmers are demanding that all three laws be withdrawn.

It may be recalled that the farmers had started a ‘Delhi Chholo’ march on November 26 against the introduction of three new agricultural laws by the Indian government. The police had set up huge barricades to stop the farmers from entering Delhi while a heavy contingent of police was also deployed. Police used water cannons, tear gas, and baton charges to stop the farmers but the police failed to stop thousands of farmers. The farmers had staged a sit-in protest by blocking all major and minor highways connecting Delhi with the northern states. The sit-in has now entered its 12th day.