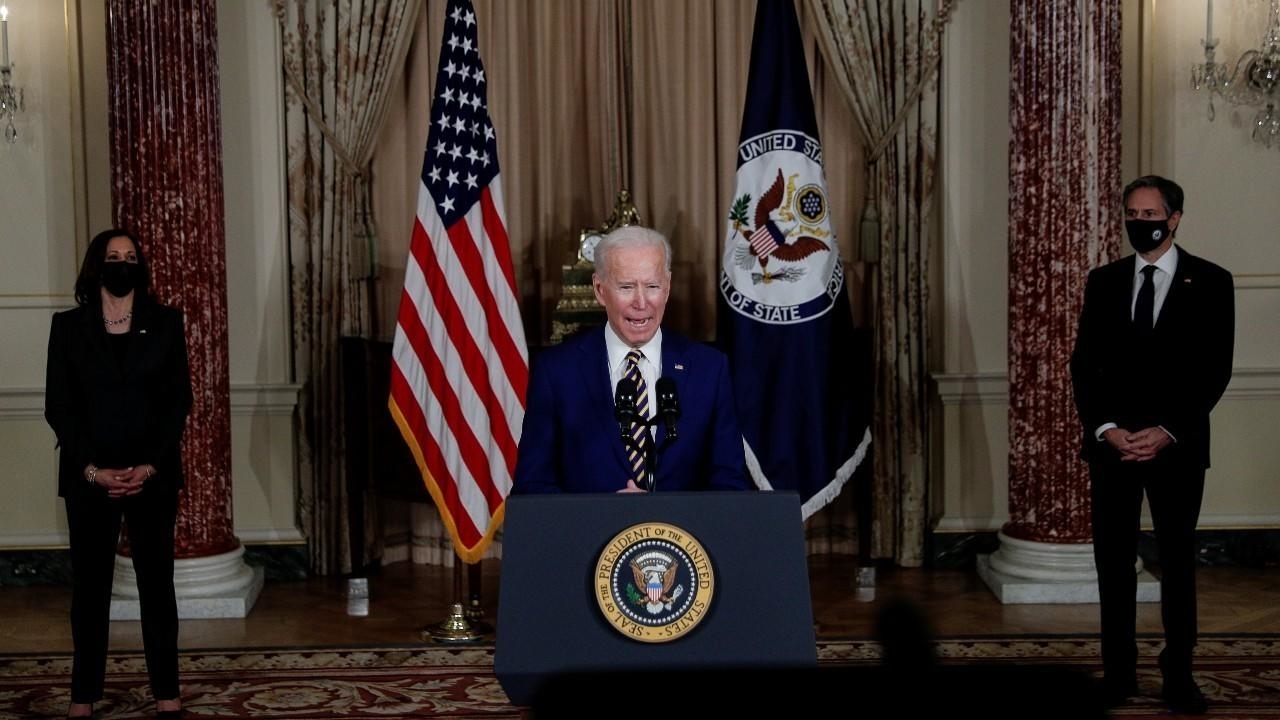 In the first diplomatic address as president at the State Department, Joe Biden showed vigorous approaches towards China, Russia, and Saudi Arabia announcing his precise foreign policy unlike the scattershot policy maintained by Donald Trump.

Biden said in his speech,

“American leadership must meet this new moment of advancing authoritarianism, including the growing ambitions of China to rival the United States and the determination of Russia to damage and disrupt our democracy. We must meet the new moment … accelerating global challenges from the pandemic to the climate crisis to nuclear proliferation.”

While developing a much aggressive front towards Russia, President Biden made it clear that he will not be very tolerant.

“I made it clear to President Putin, in a manner very different from my predecessor, that the days of the United States rolling over in the face of Russia’s aggressive actions, interfering with our elections, cyberattacks, poisoning its citizens, are over.”

In the speech, Biden made it clear that the US will not support Saudi Arabia-led military campaign in Yemen. He urged the Myanmar military to halt their coup as well in an effort to build a humanitarian impression.

Biden in his early days has attempted to repair what he has called the damage to America’s standing around the world, rolling back Trump policies. He is working to revive the Iran deal and renewed U.S. membership in the Paris accord and the World Health Organization.

Saying “America is back”, President Joe Biden projected that America is ready to lead once again.

“We are a country that does big things. American diplomacy makes it happen and our administration is ready to take up the mantle and lead once again,” Biden said.