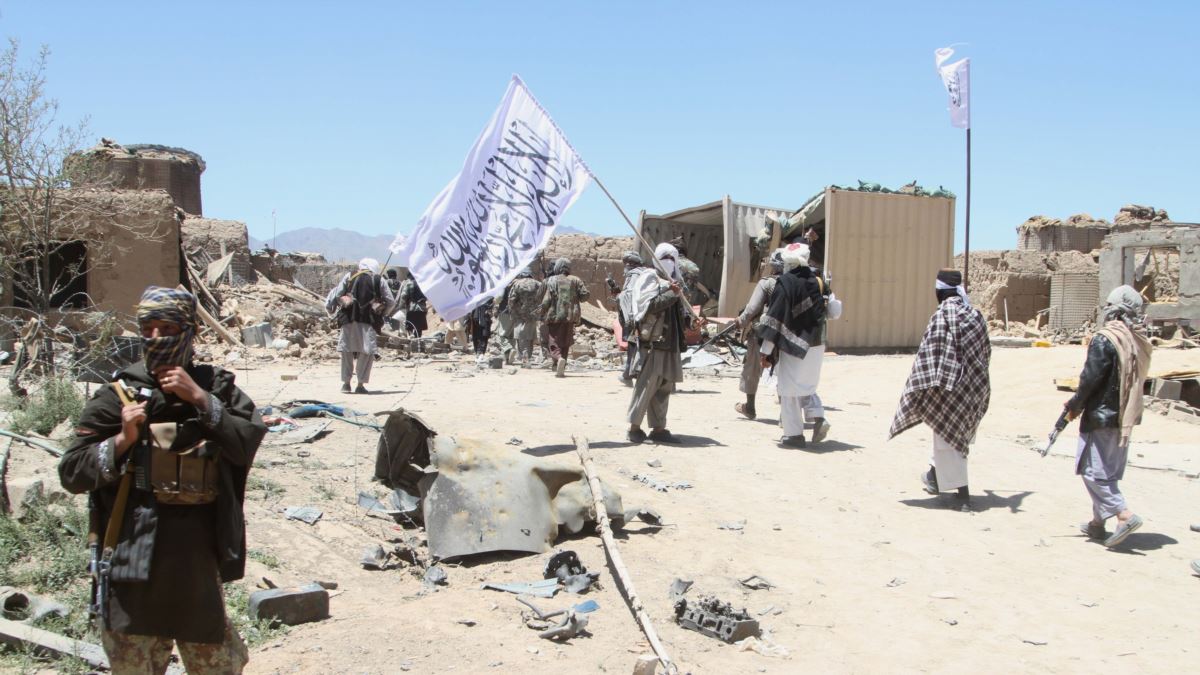 Al-Qaeda, its affiliates, and other foreign militants in Afghanistan are prepared to abide by the peace deal made by the Taliban leaders with the United States, a former aide to the late Al-Qaeda chief Osama bin Laden has told TTI (The Truth International) in an exclusive interview TTI approached Dr. Muhammad Amin, who according to the United Nations once coordinated security for Osama bin Laden, for his take on the Al-Qaeda presence on the Afghan soil and the prospects of these stateless warriors honoring the Doha peace deal.

The Taliban have guaranteed in their deal with the United States to “prevent any group or individual, including Al-Qaeda, from using the soil of Afghanistan to threaten the security of the United States and its allies.” Observers believe holding Al-Qaeda remnants and affiliates to this deal would prove a herculean task for the Taliban leadership.

In July, the US Department of Defense said in a report Al-Qaeda’s regional affiliate in Afghanistan maintained close ties to the Taliban and had an “enduring interest” in attacking US and foreign troops.

“AQIS (Al-Qaeda in the Indian Subcontinent) routinely supports and works with low-level Taliban members in its efforts to under- mine the Afghan government, and maintains an enduring interest in attacking US forces and Western targets in the region,” the Pentagon said in a security assessment compiled for the US Congress.

Earlier in May, a United Nations report said the senior leadership of Al-Qaeda remained in Afghanistan along with hundreds of armed operatives, as well as elements of AQIS and other groups of foreign terrorist fighters aligned with the Taliban.

Taliban dispute these claims, insisting the majority of Al-Qaeda members have already returned to their native countries. Also, there have been reports of the Afghan Taliban issuing instructions to foreign militants in their controlled areas to live in accordance with their agreement with the US and referred their affairs to the intelligence commission.

A spokesman for the outlawed TTP (Tehrik-e-Taliban Pakistan) Mohammad Khorasani has confirmed that the TTP had received the instructions for the post-conflict Afghanistan, although he would not say if his outfit was prepared to comply with those instructions.

Dr. Amin, who belongs to Afghanistan’s eastern Nangarhar province, served in several official positions during the Taliban rule from 1996 to 2001. He communicated with TTI from an undisclosed location through WhatsApp. The following is the transcript of the interview:

TTI: Will Al-Qaeda remnants accept the Taliban agreement with the US to stop them and other militants from using Afghan soil against the US and its allies?

Amin: This is a reality that all those attached to the Islamic Emir- ate will accept whatever the leadership tells them. There is no precedent of such loyal people in the world. When the emir (leader) orders them not to act against anyone, I am sure they will [comply]. I can also say that the Emirate will take action against every foreigner like they would against their own fighters who disobey orders. [It is well known how] the Taliban took action against Mansoor Dadullah, who was expelled along with his supporters from the Islamic Emirate.

[Mansoor, the brother of senior Taliban commander Mullah Dadullah, was executed along with dozens of his Afghan and Uzbek militants in Zabul in November 2015 after he declined to recognize the leadership of former Taliban chief Mullah Akhtar Mansour.]

TTI: The UN and the US insist that the Taliban still have ties with Al-Qaeda. What is your opinion regarding these reports?

Amin: I doubt the authenticity of the UN and US reports. I am of the firm belief that the UN itself favors the continuation of the conflict so its officials can benefit financially. There is no Al-Qaeda in Afghanistan as in the past. It poses no serious threat to anyone, but the UN and several other countries have made it an issue. Their claims are exaggerated. There is no Afghan in Al-Qaeda but it will not be incorrect to say that Al-Qaeda members [in Afghani- stan] call themselves Afghans. Many Afghans like me had connections with [Arab fighters] during the Jihad against the erstwhile Soviet Union and the relationship continued later when the US-NATO invaded Afghanistan.

All Arabs in Afghanistan were not Al-Qaeda [as Al-Qaeda membership was limited to] only those who worked with Sheikh Osama bin Laden.

The US exaggerates the presence of Al-Qaeda in Afghanistan. It is neither in [such large numbers] nor is it as big of a threat as is being propagated. I think even now that the US is not sincere to withdraw troops from Afghanistan. I am one of the supporters of the peace negotiations, but the Islamic Emirate entered the negotiations early and that is why there is no progress in intra-Afghan negotiations currently going on in Qatar. I am talking about the negotiations that began four to five years ago by Syed Tayyeb Agha [the former head of the Taliban political office].

All that is spouted by the UN, the Kabul Administration, Europeans, or Americans about Al-Qaeda is not true. All these different mouthpieces relay messages from a common source. Americans seek protection for the lives of their troops through the Doha agreement but continue to kill the people of the other side. Casualties of the Taliban have increased.

TTI: The US and the international community accuse the Taliban of sheltering Al-Qaeda. How do you see the Taliban approach?

Pakistanis, Arabs, Africans, and Europeans stayed in Afghanistan during the Mujahidin’s government. No one expelled them. No one touched them. Then the Taliban took over Afghanistan who inherited them. The Taliban did not know what to do with them. The Taliban government had no normal relations with the international community. They did not understand if foreign militants would be considered as a threat to several countries.

Then the attacks in Nairobi and Tanzania and later the release of Masood Azhar on the demand of the hijackers of an Indian passenger plane attracted the world’s attention to the foreign militants. So, the world then focused on the Taliban as well as foreign Mujahidin. Later, the Taliban refused to hand over foreign nationals to their respective countries as the Taliban would say they are guests in Afghanistan and they inherited them.

TTI: Do you think the Taliban still need Al-Qaeda? The UN and the US in their latest reports say the Taliban regularly meet Al-Qaeda for consultation.

Amin: I think the Taliban do not need Al-Qaeda either spiritually or physically as the Taliban and Afghans are carrying out all operations themselves. No foreigner takes part in these operations. The Taliban are fighting without any support from foreign fighters. To live in Afghanistan is a compulsion for some Arab Mujahidin as they faced threats in their respective countries. So the people shelter them here because they consider them former Mujahidin and guests.

TTI: How did Osama launch Al-Qaeda?

Amin: Osama used this name during an interview, a media interaction in Afghanistan’s eastern Khost province in a light mood when a journalist asked him as to what the name of his organization is. Osama smiled and said Al-Qaeda. So, the people started calling supporters of Osama bin Laden Al-Qaeda.

I am not sure about the number of Al-Qaeda militants who were fighting against the Americans and their NATO allies but they all call themselves members of the Islamic Emirate. They do not call themselves Al-Qaeda. [Former Afghan President] Ustad Burhanuddin Rabbani granted them citizenship. If anyone has an iota of doubt, they can study a decree issued by Rabbani that is available in the archives.

[Rabbani, who had served as Afghanistan’s President from 1992 to 1996, was killed by a suicide bomber in September 2011. At the time of his killing, he was the head of the High Peace Council, a body formed by former President Hamid Karzai to negotiate peace with the Taliban, who back then refused to join the peace process.]