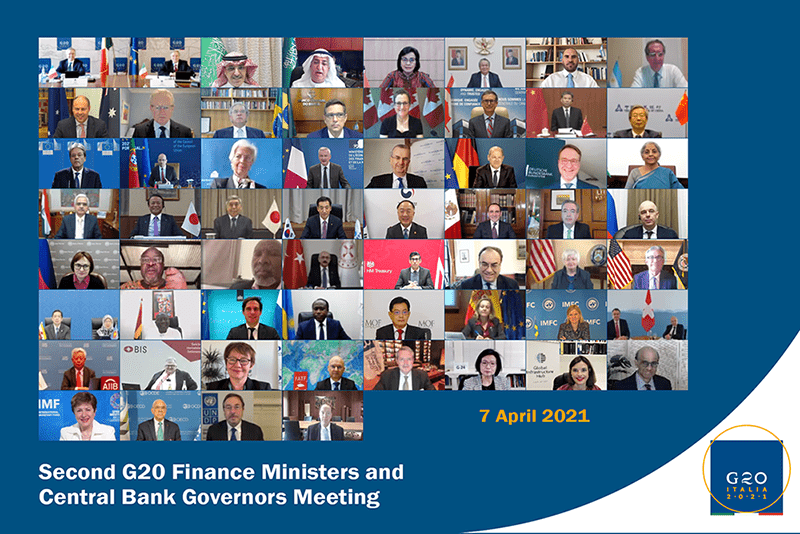 Members of the G20 group of major economies have pledged to avert an economic catastrophe in Afghanistan.

German Chancellor Angela Merkel said the country should not be allowed to “descend into chaos”.

The virtual summit came as the UN urged world leaders to put billions of dollars into the Afghan economy.

US President Joe Biden stressed that aid should be provided via independent international organisations and not directly to the ruling Taliban.

But so far the money forthcoming has largely been counted in millions, just to provide emergency food and medicine.

Pledges include a promise by European Commission President Ursula von der Leyen to give €1bn ($1.15bn; £850m) to Afghanistan and to neighbouring countries taking in refugees.

Mrs Merkel, who did not stand for re-election last month and will step down as chancellor once a new government is formed, reaffirmed Germany’s pledge of €600m.

“None of us has anything to gain if the entire monetary system in Afghanistan collapses or the financial system collapses,” she told reporters.

“Then humanitarian aid can no longer be provided. Of course it’s never easy to draw the line, so to speak, but to look on as 40 million people descend into chaos because there’s no electricity supply or financial system – that cannot and must not be the goal of the international community.”

A difficult situation made worse

The takeover of this country has caused a massive shock to an economy that was just about surviving.

Banks were closed for many days after the Taliban seized control, and while many have opened now, accessing cash is still difficult.

Many businesses shut down because their owners fled the country fearing for their lives. Many of those who had jobs haven’t received salaries for months.

With no cash in the market, there has been a sharp rise in prices of day to day necessities including food. An already difficult situation created by war and drought has become much worse.

Women who had jobs and supported their families can no longer work and are now entirely dependent on handouts.

In Kabul, hundreds of people are still living in the open in tents with harsher winter months fast approaching.

Development aid given by foreign countries and agencies to Afghanistan, which helped to put cash into the economy, is all but frozen. This, on the ground, means that people who worked on development projects are out of jobs.

The global community faces a tough decision – how to reach the Afghan people, without recognising a Taliban government.

The chancellor said the Taliban must grant access to all UN bodies delivering aid, and stressed the need for the rights and girls and women to be respected.

He said G20 countries had to have contact with the Taliban but that did not mean recognition of the Islamist group’s government.

Not all G20 leaders were present – Chinese President Xi Jinping and Russian President Vladimir Putin sent representatives – but Mr Draghi said all participants had agreed on the need to provide more aid.

The leaders also discussed ways to prevent Afghanistan becoming a haven for militants such as al-Qaeda and the Islamic State group, and the need to provide safe passage for foreign nationals and Afghans hoping to leave Afghanistan.

The summit came as Western and Afghan officials met in Qatar to discuss aid, terrorism concerns and evacuation of foreigners.

These were the first direct talks between the two sides since US troops left Afghanistan and the Taliban took power in August.

Afghans have been describing their difficulties to the BBC.

“Nothing can be found, and even if it is available, it’s too expensive and not affordable,” one retired man said. “I was paid last year and am still waiting on my salary, I have nothing to eat with my children.”

Another, a government employee in the northern town of Takhar, complained that officials were lying about the payment of salaries.

“I’ve received nothing,” he said. “What type government is this?  If an employee doesn’t go to work, there would be complaints and an investigation. But if he’s not being paid, how can he survive?”

UN Secretary-General António Guterres warned at a donor conference last month in Geneva that the poverty rate was soaring and public services were close to collapse.

Some 40% of the country’s GDP – national output – comes from aid, according to the World Bank.

The US froze $10bn (£7.3bn) of the country’s central bank assets after the Taliban captured Kabul on 15 August.

For the poor in Kabul, the priority is staving off starvation, the BBC’s Jeremy Bowen recently reported from the Afghan capital.