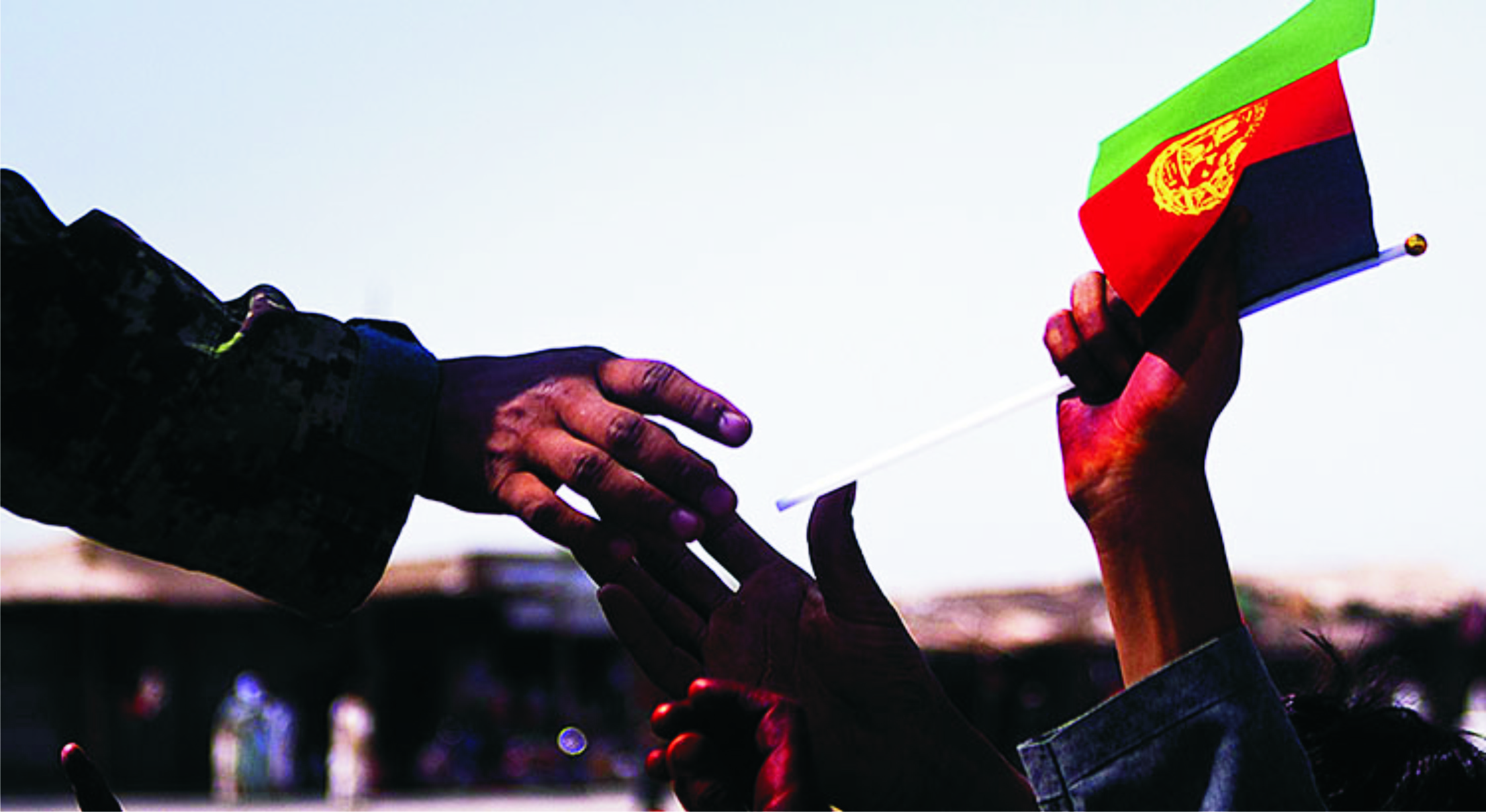 THE TALIBAN HAVE QUICKLY welcomed US President Donald Trump’s October 8 announcement to withdraw all troops from Afghanistan by Christmas and said they consider it a “positive step” for the implementation of the agreement signed between them and the US.

The Taliban are hopeful Afghanistan could now emerge from four decades of conflict. But the announcement has raised concerns among the war-weary Afghans as they are worried that the country could slip into another civil war if the Taliban and the Afghan government failed to reach an agreement on a future political roadmap before the withdrawal of foreign forces.

The US had agreed in the Doha agreement to quit Afghanistan in 14 months but Trump’s unexpected announcement could be seen as an attempt to get political advantage in the November 3 presidential elections in the United States.

The Afghan war had lost support in America and it was the right time for Trump to make such an announcement despite some opposition to the decision in the US.

A US public survey in September had suggested that two-thirds of Trump’s supporters “strongly” or “some-what” supported his deal with the Taliban to extricate America from the war, which has entered its 20th year.

Around 60% of supporters of Democratic presidential candidate Joe Biden also backed the historic US-Taliban agreement, according to a poll conducted by New York-based Eurasia Group Foundation.

“We decided to go into Afghanistan together, we will make decisions on future adjustments together, and when the time is right, we will leave together,”

Stoltenberg said at a news conference after talks with North Macedonian Prime Minister Zoran Zaev in Brussels, according to reports.

Afghanistan’s top negotiator Dr. Abdullah Abdullah, speaking in New Delhi on October 8, said the US withdrawal will have negative consequences for Afghani-stan as Al Qaeda and other terrorist groups are active in the region and could pose a threat to Afghanistan and its neighbors. But statements by Abdullah and other Afghans may not convince the Trump administration to change its mind.

Experts on Afghanistan believe the US and its NATO allies could not win the war because of Afghanistan’s geographical location and strategic position which is suitable for guerilla warfare and hit-and-run techniques.

Former Afghan defense minister Shahnawaz Tanai argues that the US and NATO partners had committed mistakes like the erstwhile Soviet Union.

“There is no doubt that the US-led coalition of NATO has faced military defeat in Afghanistan. Their invasion was wrong as the former Soviet Union as they had invaded Afghanistan for their own interests,” Tanai told The Truth International this week.

Trump’s surprise announcement on Twitter is also seen as a clear message to the Afghan warring sides to end the conflict and reach an agreement for the future set-up.

Political envoys of the Taliban and the Afghan government have been involved in intra-Afghan negotiations in Qatar since September 12 to end the war and agree on a new set-up but the very slow pace of the process is a source of disappointment for the war-weary Afghans as fighting claims lives of Afghans daily despite the US-Taliban agreement signed in late February.

The Taliban have rejected calls for a ceasefire by Afghans and the international community as they want to keep on exerting pressure on the Afghan government and forces to further strengthen their position on the table.

The senseless war now only kills Afghans as the Taliban and the US-led NATO do not target each other and the US officials insist no foreign soldier has been killed in a Taliban attack since signing of the agreement on February 29.

Trump’s announcement, which coincided with the 19th anniversary of US-NATO military invasion of Afghanistan in 2001, was not expected by many in the war-ravaged country and many even argued the US and its allies will not leave in the present chaotic situation.

Afghans have genuine concerns about Trump’s declaration as the Taliban and the Afghan government’s negotiators failed to agree on principles and procedures for the parleys until October 9. The Taliban want the talks to be based on their agreement with the US but President Ashraf Ghani’s team insists Afghan government was not part of the US-Taliban deal and both should hold talks on their own terms.

As the intra-Afghan dialogue faces a stalemate, Special Representative for Afghanistan Reconciliation Zalmay Khalilzad landed in Qatar in the first week of October to try to convince the Taliban and the government team to show flexibility to advance the peace process but could not succeed. He dashed to Pakistan the same day when Trump announced the withdrawal of remaining troops and met Pakistan’s Army Chief General Qamar Javed Bajwa at the military’s headquarters in Rawalpindi. This was Khalilzad’s seventh visit to Pakistan this year. That is a strong indication that the US understands Pakistan can use its influence on the Taliban to show flexibility and reduce the violence that could lead to a ceasefire. The US envoy was accompanied by Commander NATO Resolute Support Mission in Afghanistan General Austin Scott Miller.

A US embassy statement said Ambassador Khalilzad, General Miller and General Bajwa “affirmed the need for a significant reduction in violence in Afghanistan as peace negotiations between the two sides move forward”. The statement had an important point that both sides also discussed a “roadmap that would guide Pakistan-Afghanistan relations after there is a peace agreement”.

Americans believe that tension-free relations between Pakistan and Afghanistan are a must for the post-withdrawal situation and that is why the US is working on an agreement between the two uneasy neighbors.

The three-day visit of Dr. Abdullah to Pakistan in the last week of September is seen as a major step towards trust-building between the two countries. The visit will be followed by Prime Minister Imran Khan’s upcoming trip to Kabul.

Abdullah had previously refused to visit Pakistan despite repeated invitations extended to him when he was the chief executive in the former Ghani-led National Unity Government. But now the Afghan leadership has realized that the role of Pakistan is key to the peace process in Afghanistan.