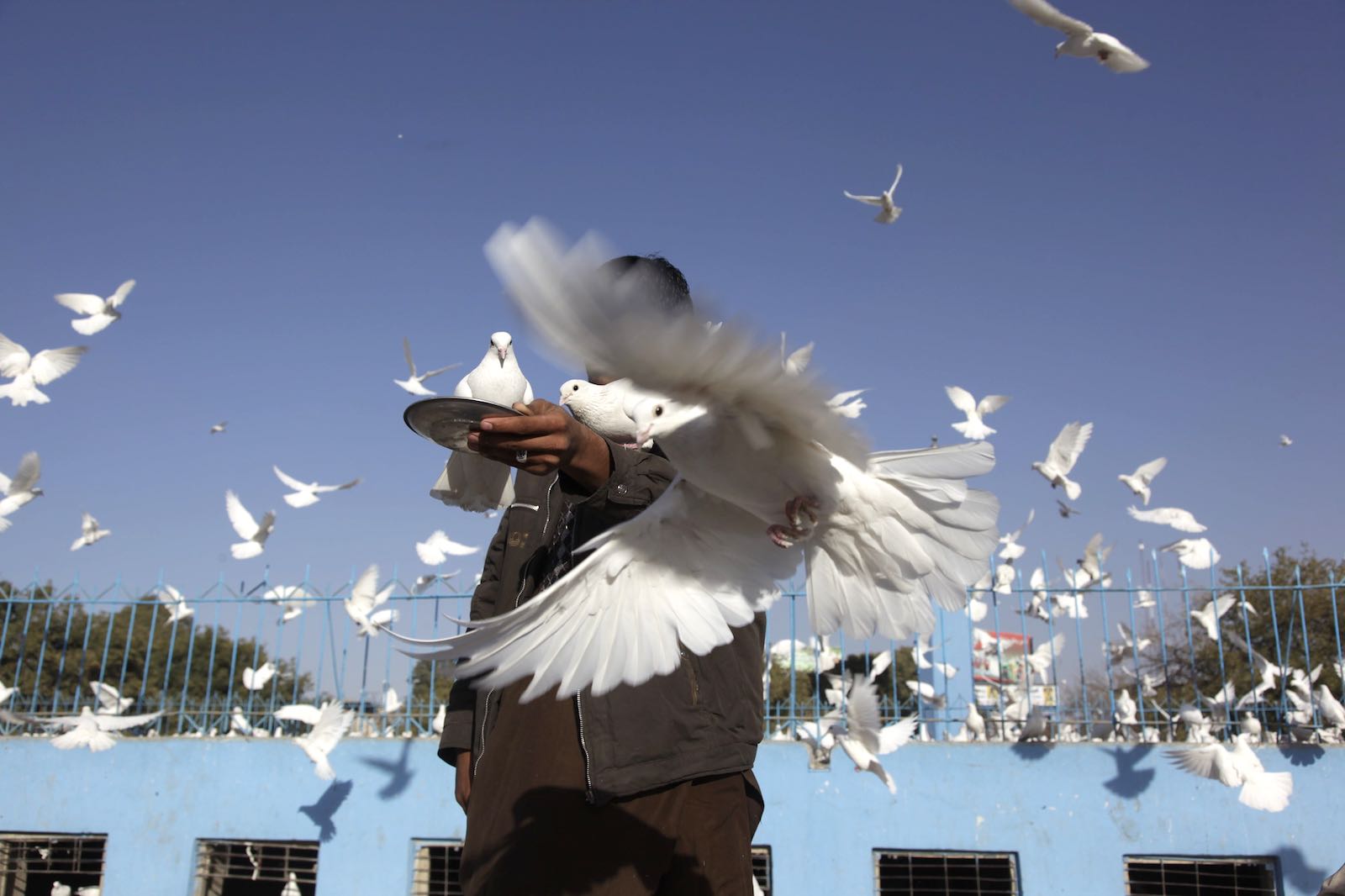 Afghanistan,  an unstable country,  surrounded by a maximum number of nukes  (Russia,  China, Pakistan, and India) found anywhere in the world, eyeball to eyeball with USA and Iran, an unpredictable escalation in oil prices, second wave of COVID-19 looming, makes all the neighbors of Afghanistan thirsty for peace, but, of their own liking.

China, in December 2019 was gliding ahead towards becoming the world’s largest economy with its BRI initiative. Economically, it gets to benefit most from the Afghan peace process. China’s interest in Central Asia is far-reaching and will look to use Afghanistan as a corridor for the ‘March West’.

Presently, China is the largest trade partner of Afghanistan, whose natural resources are estimated to be worth US $1 trillion. China has already invested in the world’s second-largest copper mines and several oil drilling ventures. But progress is sluggish due to instability in Afghanistan and the presence of the American military although, Beijing is talking with both Kabul and Taliban for further investment under BRI.

China supported the Taliban during US-Taliban peace talks eyeing them as a major player in the future of Afghan governance. However, China wants assurance from Taliban of denying Uygur Muslims and other terrorist groups establishing training bases in Afghanistan. In return, China offered to build highway networks for Taliban controlled areas.

An inevitable consequence of US withdrawal will be a power vacuum in Afghanistan. Russia, content on staying on the sidelines, is leaving the field open for China to fill the vacuum. But China can only reap the fruits if the whole peace process culminates into a stable Afghanistan. China’s influence on Pakistan and Taliban as future partners in military and economic assistance will keep her a key player in intra-Afghan peace process.

Russia, views present day Afghanistan largely through the prism of security threats to itself and its Central Asian States. Some analysts in Russia say Taliban takeover in Afghanistan will have a domino effect from Tajikistan to the North Caucasus, but most believe Taliban will remain in their own borders.

Moscow’s support for the Taliban has been more tactical in nature than strategic. More of a hedging strategy to push USA to talk peace with Taliban, facilitating US forces withdrawal from Russian backyard. Besides, Taliban for Russians are lesser of the two evil, who can neutralize the threat of Islamic State-Khorasan entering into Central Asian States. Russians calculate that having close ties with Taliban makes sense given the likelihood that they’re going to play an increasingly important role in Afghanistan’s future.

Post-2015, Russia increased its role geopolitically, hosted two unofficial intra-Afghan talks, and one ‘troika plus’ meeting (USA, Russia, China, and Pakistan) in 2019. Although Russia’s declared economic and military interests in Afghanistan are modest, it is eager to remain at the center stage of intra-Afghan peace talks. Both Moscow and Washington ultimately have a converging strategic interest in a relatively stable Afghanistan that will not be a heaven for transnational terrorists. Russians do not want the U.S. to stay in Afghanistan, nor are they okay with a hasty withdrawal, followed by Afghan State’s collapse into anarchy as in the 80’s and ’90s.

The future Afghan government, in Russia’s view, should have political decentralization instead of Pashtun dominated strong center. They expect the government to ensure blocking drug-trafficking. Presently, Russian consumption is 70 tons resulting in 30-40,000 deaths per year.

Russians are worried about the Taliban’s unclear nature; are they emerging Pashtun nationalists, irreconcilable Islamic revolutionaries, or both? How strong are the links between the Afghan and Pakistani Taliban? Will they respect the Durand line or trample it for cross-border ventures. For them, clear answers to these questions are a prerequisite for any durable political solution. Taliban-dominated Afghanistan with safe haven for international terrorists is a nightmare common to both Russia and the USA.

Iran’s close and diversified relations with many powerful political and military groups in Afghanistan gives it exceptional influence on the political dynamics of the country as well as Intra-Afghan talks. Especially notable are Iran’s relations with the Taliban, their converging interests of resistance to the Western military presence, combating Daesh, and other mutual foes. Previously, Americans remaining entangled in Afghanistan militarily suited Iran, since it discouraged the USA to open another war front with Iran. Tehran under US sanctions has high stakes in befriending the future Taliban-dominated government in Kabul, which it expects will defy US sanctions in building trade relations. Also, water dams in the Helmand region supply water to Iran’s Khorasan and Sistan-Baluchistan province, and only a friendly government in the future will alleviate Iran’s water issues.

Despite US sanctions, Iran’s official exports to Kabul is close to the US $2 billion annually, a third of total imports of Afghanistan, indicative of good relations with the present Afghan government. In principle, Iran rejected the peace agreement of February 29, `because they consider the USA as an illegal invader. Iran believes only Afghans are qualified to decide their future. Tehran needs assurance from the Taliban regarding non-interference in Sunni-dominated Iranian Baluchistan, in case they come to power.

India considers the Taliban as the root cause of the Afghan problem. It is the only country in the region that doesn’t have any communication with the Taliban. They are fully behind the Afghan government, providing all sorts of assistance to the Afghan security apparatus. India has invested US $3 billion in development assistance and its trade hit around the US $1.5 billion.

Indians are worried about Afghanistan’s fragile stability under the present government, US withdrawal and fear of Taliban-ISI nexus taking over future Afghan dynamics are key concerns. According to them, no clear mechanism exists in the US-Taliban agreement regarding the elimination of terrorism from Afghan soil. They are very conscious of Islamic State-Khorasan and Al-Qaeda Indian Subcontinent (AQIS) radicalizing Indian Muslims living in the Middle East and Afghanistan. Indians also fear the existence of base camps of Jaishe Muhammad, Lashkar-e-Taiba, Haqqani network, AQIS, all threats to India.

Indian think tanks are advising their establishment to open channels with friendly sections of the Taliban; to create tri-nation joint cooperation with Russia and China against common threats emanating from Afghanistan.

Taliban trusted Qatar over the other Gulf States to host peace talks. All the Gulf States want a successful peace process leading to a stable Afghanistan. In turn, the Taliban dominated the future government would be keen to have commercial and financial relations with the Gulf States.

To end, history is witness that no armed freedom struggle has been peacefully resolved unless the invader gets its terms fulfilled by the freedom fighters. Also, will the Taliban be able to evolve an advanced version of the post-revolution Iranian constitution for Afghanistan, only time will reveal