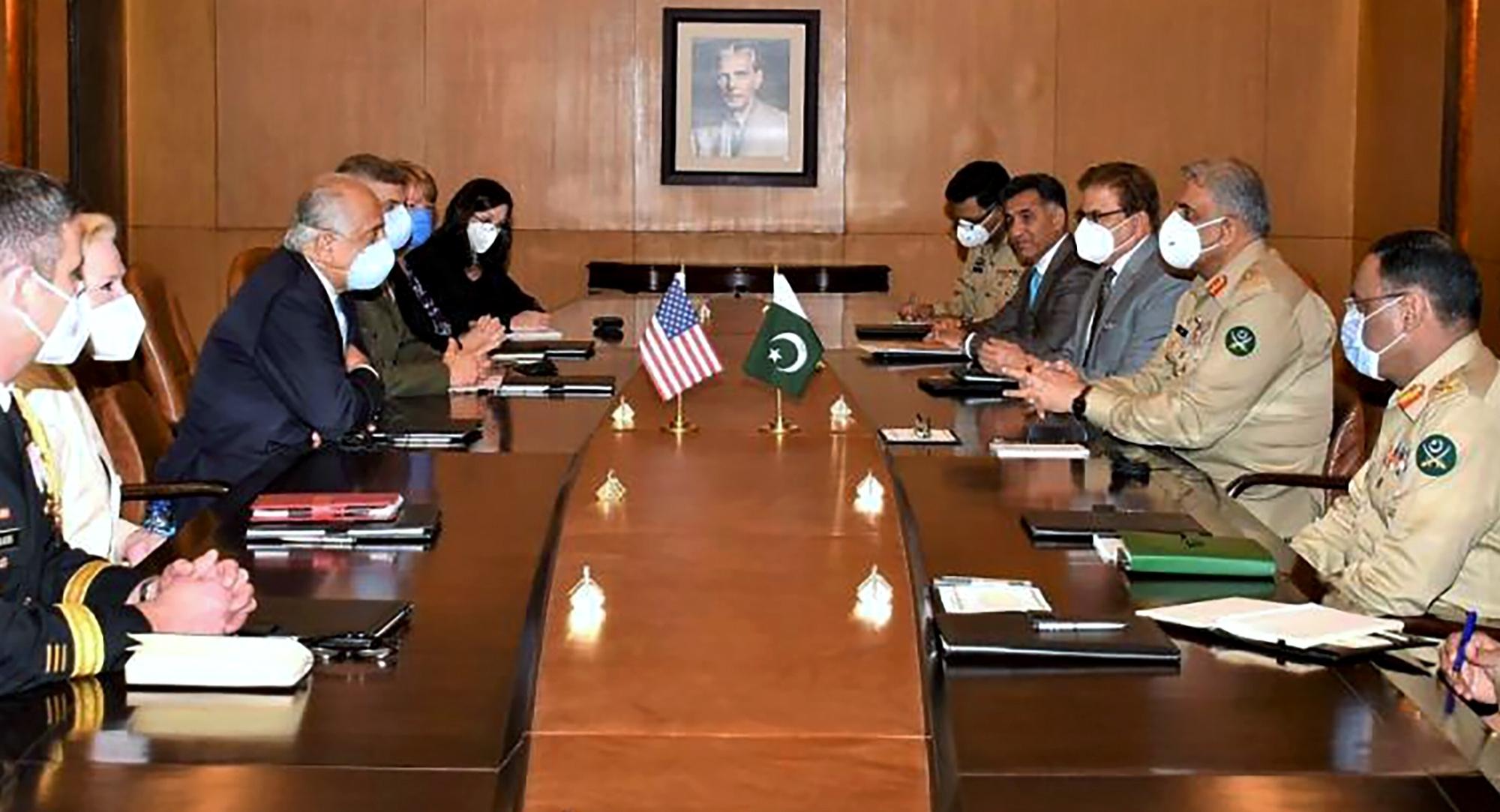 Afghanistan is not simply a graveyard of empires but, also a graveyard of peace efforts. On various occasions, several regional countries with discernible interests have tried their hand at resolving the conflict. However, these efforts gained speed in the latter part of the last decade with Washington’s realization that military solution was not a viable option.

In the initial phase, these efforts remained immersed in the murky world of intelligence as they attempted to bring the warring parties to the negotiating table. For instance, Saudi Intelligence arranged a meeting between government representatives and Taliban officials in 2012 in the Port City of Jeddah – but to no avail. Similarly, US intelligence held its own secret parleys with Taliban representatives in Germany in December 2011.

However, in May 2018 a diplomatic event in Tashkent extricated these efforts from the hands of the agencies. The conference was organized by the Uzbek government — described at the time as another attempt to bring the Afghan government and Taliban to the negotiating table. It was widely attended by diplomats from regional countries including foreign ministers of five Central Asian states, and officials of the Afghan government. Diplomats from important Western powers as well as neighboring states too were in attendance.

Therefore, it came as no surprise that these peace efforts were spearheaded by Pakistani Foreign Minister, Shah Mehmood Qureshi. Optics were arranged such that television cameras showed the Director-General of the ISI standing beside Mr. Qureshi to welcome the Taliban delegation. This was when the Taliban were convinced to enter a negotiation process with the Afghan government – a feat they had consistently refused.

While there have been frequent efforts to bring the two players to the table, they proved futile due to a divergence in interests and uncontrolled conflicts. In November 2011, a senior US official disclosed to then Pakistan Army chief, Ashfaq Pervez Kiyani that their diplomats were secretly negotiating with the Taliban in Germany. This disclosure came with the request to protect their interlocutors. While Gen. Kiyani was not surprised by this news, he was shocked by their demand.

In the latter part of 2011, Tayyab Agha, a close aide of Mullah Omar serving in the Afghan embassy in Islamabad traveled to Germany on a Pakistani passport to hold talks with American officials. The request for protection stemmed from the fear that upon the revelation of talks in early 2012, there could be attempts to eliminate the interlocutors. Nevertheless, direct talks are what the Taliban now demand. This is considering the growing notion that the Kabul government is merely a puppet and is powerless in the greater scheme of things.

Due to the persistent distrust between the Kabul government and Afghan Taliban, former Advisor to then Prime Minister Sartaj Aziz advised the Afghan side to dissolve precondition to talks, in a bid to create a conducive environment. As a result, the talks never took off.

Tashkent Conference—focused exclusively on Afghanistan and terrorism—enabled the regional powers to arrive at a consensus to create a solid bloc within Afghanistan to prevent the rise of ISIS (or any other terror organization) inside Afghan territory. In April 2018, a senior defense official told a meeting of Defense Ministers of Shanghai Cooperation Council (SCO) in Beijing that ISIS’s growing presence in Afghanistan is a source of concern for all regional countries neighboring Afghanistan.

Only two months ago, when the deposed Foreign Minister, Khawaja Asif visited Moscow, Russian Foreign Ministry officials told him in unequivocal terms that the introduction of ISIS fighters into Northern Afghanistan is a sinister development which was extremely concerning. The Russian Foreign Ministry official briefed him regarding the delivery of ISIS fighters into Northern Afghanistan. Since then, Pakistan military and political leadership have been in direct talks with at least Russia and Iran over the rise of ISIS as a military force in Northern and Eastern Afghanistan, a senior government official said. The Russian Federation is particularly concerned about bordering Tajikistan, Uzbekistan and Turkmenistan under their sphere of influence.

For Pakistan, the rise of ISIS is concerning in the Eastern Afghan province of Nuristan bordering its territory due to the subsequent impact on sectarian violence within the country. It is believed that most of these attacks have been carried out by ISIS along with their local partners. Despite refuting the spread of ISIS, the civil-military leadership has brought this new situation under careful consideration. Although concerns were routinely brought up by the Russians and Iranians, no formal arrangement or mechanism was initiated to combat the ISIS threat.

Insight of this danger, Pakistan military’s age-old dream of bringing the Taliban into the diplomatic mainstream of regional diplomacy finally sees realistic form – to the extent that each country is now in talks with the Afghan Taliban. Although no attempts have been made to conceal links, the Russians have recently publicly acknowledged their ties with the Taliban. Similarly, Iranian ties with the Taliban surfaced following the murder of Taliban supreme commander, Mullah Akhtar Mansour, killed in a US drone strike. Wall Street Journal reported that Mansour was traveling to Quetta after a ‘lengthy’ stay in Iran.

“Chinese want to mediate between Afghan government and Afghan Taliban”

, he said. These ties are not for naught, rather will provide legitimacy to the Taliban within and beyond the Afghan society.

Since 9/11, this is perhaps the first time negotiations are being pursued neither in political offices nor in intelligence agencies. Apparently, Pakistan’s Foreign Ministry is leading these efforts which could be considered a product of the Tashkent Conference. Experts, however, are of the opinion that the success of this peace effort would depend on the likelihood of the Afghan Taliban bringing down their violent streak. The Pakistani government has so far desisted from providing any guarantees in this regard to either side.