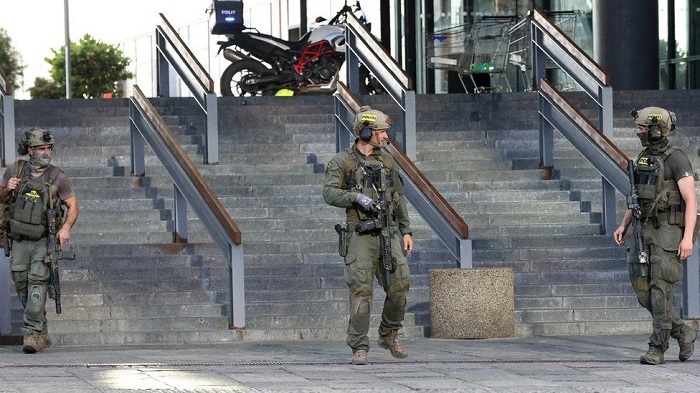 A terrorist has killed 3 and injured 4 people in the field’s shopping mall in Copenhagen, Denmark. The terrorist was identified to be a native Danish citizen.

Among the victims are two young Danish and one aged Russian citizen. While among the wounded, there are two Danes and two Swedes – one remains critical.

Police has identified the terrorist, 22 years old, and is unable to figure out the reason behind the terror attack.

The suspect, who has been identified as an ethnic Dane, will face the Danish Court on Monday.

This heinous attack of violence was strongly condemned by the state officials. Prime Minister Mette Frederiksen said, “Denmark has suffered a cruel attack.”

By supporting each other in this difficult time, we Danes must stand together and remain firm in our believes to protect human lives, she said.

This deadly terrorism act took place at the time when Denmark was engulfed with the celebration of three stages of tour de France, for the first time.

A rifle and ammunition were recovered from the terrorist, said police.

Eyewitness spoke of how terror and pain stuck them when the gunfire rang out.

The Danish royal family confirmed shortly after the shooting that Crown Prince Frederik’s planned reception to host the Tour de France’s celebration had been postponed. Denmark has some of the strictly gun prohibitions in all of Europe. Licenses to own firearms are often only available for hunting or sport shooting after background checks, and automatic weapons are virtually outlawed. Public carrying of a handgun is severely forbidden as well.