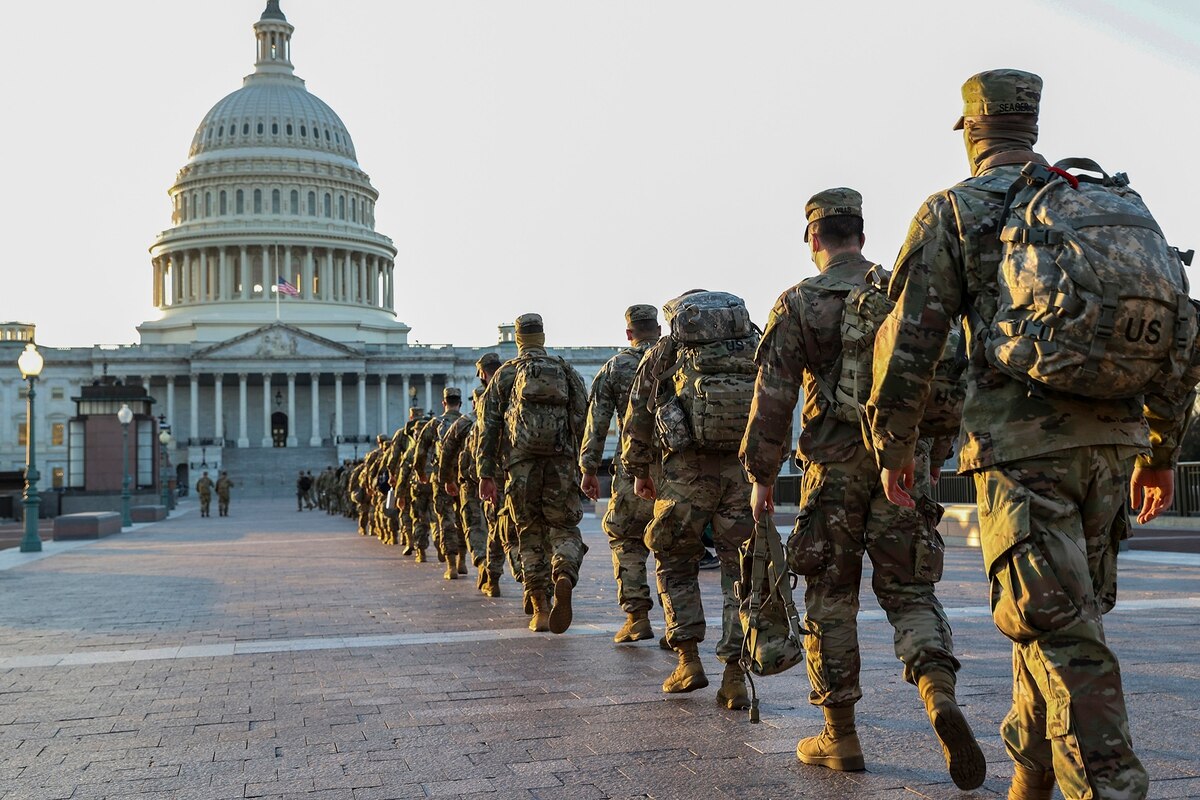 The inauguration of a new president in the US never involved scenes like thousands of soldiers marching up in the US Capitol or the impeachment of the current president.

More than 20,000 National Guard units are called for in the Capitol which is more than in Iraq and Afghanistan combined. The park of the Capitol resembles an armed camp and the city’s population will find several streets closed.

The US Secret Service set about its National Special Security Event operations for the inauguration of new president Joe Biden after last week’s attack on the Capitol by supporters of President Donald Trump that caused five deaths.

The D.C. Metropolitan Police Force Chief Robert Contee said, “There’s a major security threat,” and on whether he had witnessed security measures at such a big scale before, he responded, “Not at this level, no.”

As per Contee, beyond 20,000 National Guards are being spread in the city and the security steps might expand to the Metro subway system.

The business of transportation, hotels, and accommodation are told to expect impacts and are asked to stay closed for the time period in order to minimize the likelihood of more attacks. People are also encouraged to watch the inauguration from homes.

The pictures of scores of armed men sleeping on the floor of hallways of the Capitol are doing rounds on media. Responding to which, the U.S. Air Force Lieutenant Colonel Wayde Minami of the Maryland National Guard said in an email.

“This area of the Capitol has been designated a rest area for National Guard members when they are on duty but between shifts.”

The only time soldiers were seen in large numbers was in 1862.

“There have been other instances of soldiers being assigned to protect the Capitol, but the Civil War is the only time we know of in which they quartered there.”

Samuel Holliday, the director of operations and scholarship at the U.S. Capitol Historical Society said.