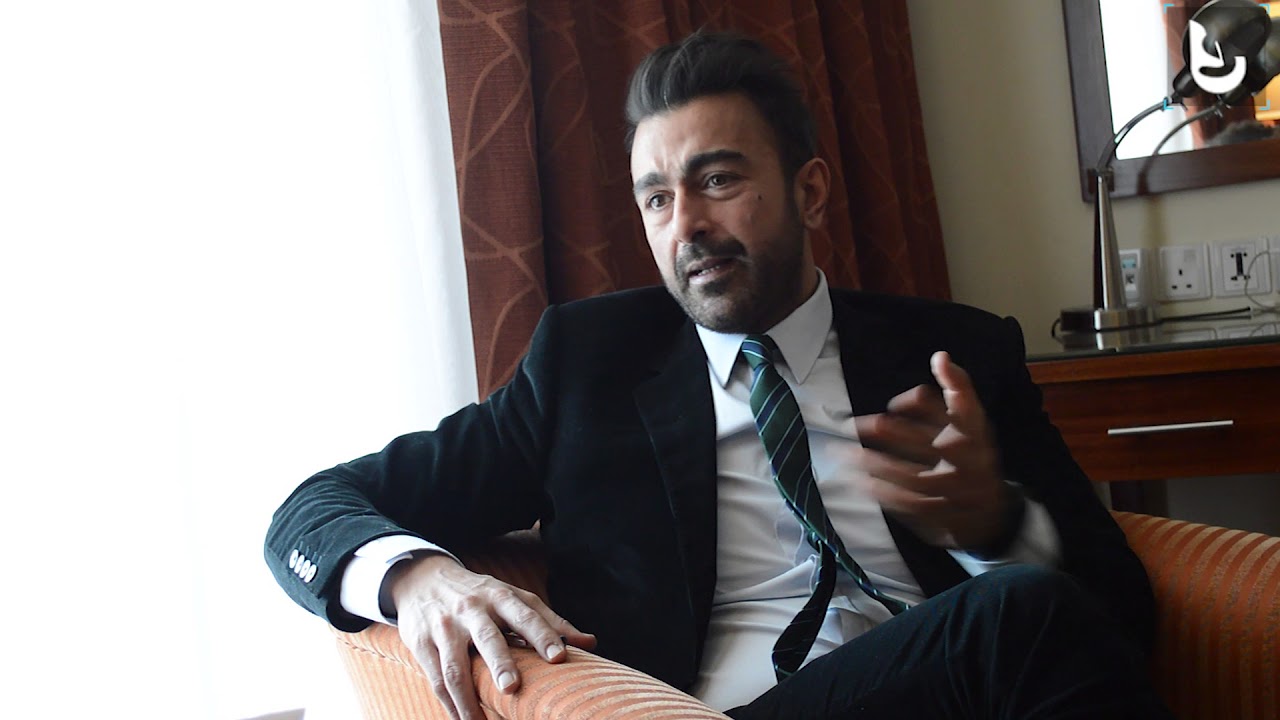 Shaan Shahid is one of those stars of Pakistani film industry who keeps shining even after a new galaxy arises before them. A household name in the 90s when the Pakistani film industry was called Lollywood, Shaan started his career in 1990 with a feature film Bulandi opposite Reema Khan at the age of 19. He has since starred in almost 300 Urdu and Punjabi films.

Shaan came into a new avatar in veteran Shoaib Mansoor’s debut film Khuda Ke Liye in 2007 and since then he is also doing big-budget films of the new Pakistani cinema but believes Pakistani film industry is still struggling for its revival.

Knowing the art of changing with the time, Shaan contin- ues working in films selectively and has bigger plans to create space for the new generation to keep the industry back on its feet. He recently met with Chairman Parliamen- tary Committee on Kashmir, Shehryar Khan Afridi and vowed to work with the committee to help preserve, project and proliferate Kashmir issue with its cultural aspect.

The Truth International (TTI) talked to Shaan Shahid about his upcoming venture, a feature film Zarrar and other projects he has started. He talked candidly about many things which are very dear and close to his heart and which he is very enthusiastic about.

Shan is hopeful that he would release his film in 2021, which was supposed to be released this year but faced delays due to the COVID-19 pandemic.

“The post production of my film was scheduled in London but it is delayed too”, he added.

Zarrar is a spy thriller in which Shan is playing the detective.

“This kind of spy thriller has never been made in Pakistan before. It is a combination of fiction and reality. The storyline is based on some facts and the villains are derived from real life individuals, who are actually doing a lot against Pakistan.”

On his objection to the dependence of Pakistani cinema on Bollywood for so many years, Shan said he had been misunderstood.

“I am not against it but I think unless we have our art and culture thriving in our country, we should not promote others’ on such level. We should give opportunities to our young directors and writers and promote our own craft instead of depending on Bollywood.”

The Waar star also clarified that he never thought Pakistani stars who have gained fame and made money in Bollywood were disrespecting their country in any way,

“I am not against them if they think they can have better opportunities anywhere in the world but it is not always to just be famous and make more money. Right now, I think my country needs me more. I want to create a platform and do infrastructural reforms in the entertainment industry of Pakistan.”

When asked if he would prefer to work somewhere else other than India, he was quick to reply, “Yes” but not for stereotypical roles like if they need a terrorist, they look to hire actors from Pakistan or India. Moreover, he wishes to work in collaborative projects in which they also come to shoot in Pakistan and benefit its economy.

On film industry’s apparent move from Lahore to Karachi since its recent revival, Shaan said it was because these days, investors were from Karachi and they hired talent from Karachi.

“These days 80 percent film production is in Karachi and only 20 percent work is being done in Lahore, while in past this ratio was opposite”, he said. “I think there is a need to create a harmony and balance in this proportion, so those who really know how to make films can come forward and the industry can flourish”.

“I am not saying that the present industry is not doing well but there is a technique and treatment for everything just like the pace and rhythm of a 50 overs match and 20 overs match. Presently, the films which are being made only cater to the elite class which is just a fraction of society consisting of merely 20 thousand people. I want to make cinema the entertainment of the masses again.”

The star of blockbuster Khuda Ke Liye doubled down on his tweet objecting to drama serial Ertugrul being aired on the state television as he thinks PTV should project more on the stories of the subcontinent – like how Islam came to this region.

“I think this part of our history still needs to be documented. I would be more connected to it than any Turkish play. Ertugrul is indeed a good play but my connection with it only starts when it is dubbed in Urdu. I think PTV has the responsibility to do what Turkey is doing on its state channel TRT.”

Asked who he would like to play if such a period piece was produced, he says, “I would love to play Allama Iqbal”, but adds. “I don’t know how much of it is relevant to the Islamic history of this region.”

Shan feels strongly that Pakistan should get its own OTT platforms.

“It is a part of creating the infrastructure. I have given many proposals to the government. We also need our own OTT to get out of the control of the Indian lobby in this region, especially on Netflix and Amazon. They appoint an Indian as CEO of this region and consider Pakistan as a part of it.”

He added that if our government reaches out to Netflix and Amazon and deals with them on our own terms, there is more opportunity there for our films, dramas, music and sports produc- tions.

What is his stance on the recent statement by the PM blaming private channels showing content against our values and putting negative effects on society? “We can’t control the content of private channels. I want to see if PTV produces the content that the Prime Minister thinks should be on television channels.”

Asked whether he would like to collaborate with any of the middle-eastern countries, he says, “Sure, but I think for showbiz, you have to have a vision. They have to decide and come forward to invest in the areas where it is easier to build a narrative. It should be on the government level in a balanced way where the economies of both countries benefit.”

On defending every decision of present government and not criticizing them like he did previous ones, Shan was asked if he would defend those who he considered wrong or to be an addition in the thousands of people criticizing the government day and night on television and social media.

“I am not a member of PTI or any other political party. I think it is my right to tell who I voted for. I admit that at present there is nothing on which I defend the government but the race is not yet finished. Give them due time. As a Pakistani, I feel that this is the last hope for democracy in the country.”