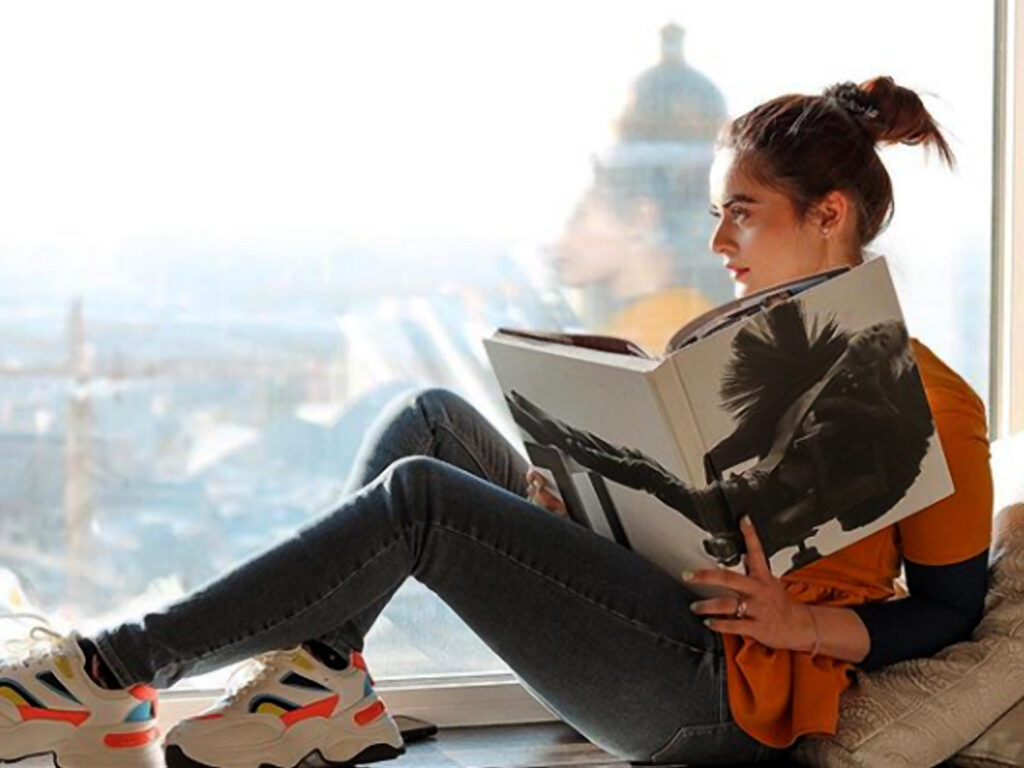 The glitz and glamour of the celebrity world often measured by the number of followers one has on their respective social media accounts. If that is taken into consideration, the 5th most popular Pakistani star on Instagram is Minal Khan who now has over 6.5 million followers on her Instagram.

However, she is in news these days because of her interesting, yet unconventional character Nisha that who played in the drama serial Jalan.

Banned twice by the PEMRA, drama serial Jalan is the talk of the town nowadays. The ban and constraints couldn’t survive as long as the apex court ordered to on-air it again.

The central character of the serial is “Nisha” that has been played by Minal Khan, a young actress instilled with top-drawer skills. She has achieved huge fame on country’s social media circle and is widely known for her remarkable acting skills. Minal has massive followers on Instagram – around 6.5 million – making her the fifth-biggest Instagram personality in the country.

To know more about Minal’s perception and thought on the character, and to know her stance about the storyline, we interviewed her on the very last day of Jalan’s shoot.

According to Minal, the drama serial is not produced with a negative intention, and she doesn’t consider it a negative character, for her, it is just an ordinary character. She further added that “the key behind the success of this serial is its unplanned production and execution, had it been produced with huge expectation, it could not have achieved what it has. It was executed without an iota of fear that is crystal clear.“

Jalan was banned twice by PEMRA, which was countermanded by the Supreme Court of Pakistan. Meanwhile, Minal was perplexed and worried for the viewers and fans, who were waiting desperately to watch the episodes. She said, she was gladdened and cheered when the ban was lifted.

Minal said, she is against the “ban culture” in Pakistan while adding that it is not just her problem – but it is troublesome for the entire team – to avoid an uncertain outcome, the producers and directors should be aware of the repercussions of any particular content. Every second day, anything faces ban, how can you give this authority to anyone, she questioned.

On criticism over the drama for violating social, cultural, and religious norms and ethics, Minal avoided making any comment, saying, this is a sensitive issue, and she preferred silence.

Criticism on social media, not a big deal!

When asked about the criticism over social media she said, she didn’t take it seriously and her personal life has a separate place.

According to Minal, she is an actor, and all the actors face this. When people like someone, they laud the efforts and applaud, when they dislike anything, they show a reaction. One should see both love and criticism equally.

Nisha is favorite in contrast to Rabi

Nowadays, another drama serial is infamous in which Minal is playing the role of an oppressed girl. On that, Minal responded with a smile, saying, “That girl is so repressed, and when I do it, I feel oppressed “. She said that the plus point was she got an opportunity to know her potential by doing diverse characters.

When we asked Minal about her favorite character, precisely, Jalan, or Nand, she explained that Rabi’s character was common and repeated while Nisha’s is an uncommon and different character. She ultimately voted in favor of Nisha.

Minal stated that her role in Jalan was so negative, but her team played a significant role, who worked a day in and out and rehearsed to make it a success. The director Ruha Abbas helped her in rehearsals, and her role was imperative. Furthermore, Minal said that she had not been approached for any such character again, because Nand’s Rabia had also been seen simultaneously.

Minal Khan also expressed her wish and interest to step into the film industry, saying, she is not ready for it for now. Minal clarified that she would not do the same role as Nisha’s even in a movie, as she had done it already with such dedication, and had experienced both the love and criticism of the audience. Minal added that she had not been approached for any movie yet.