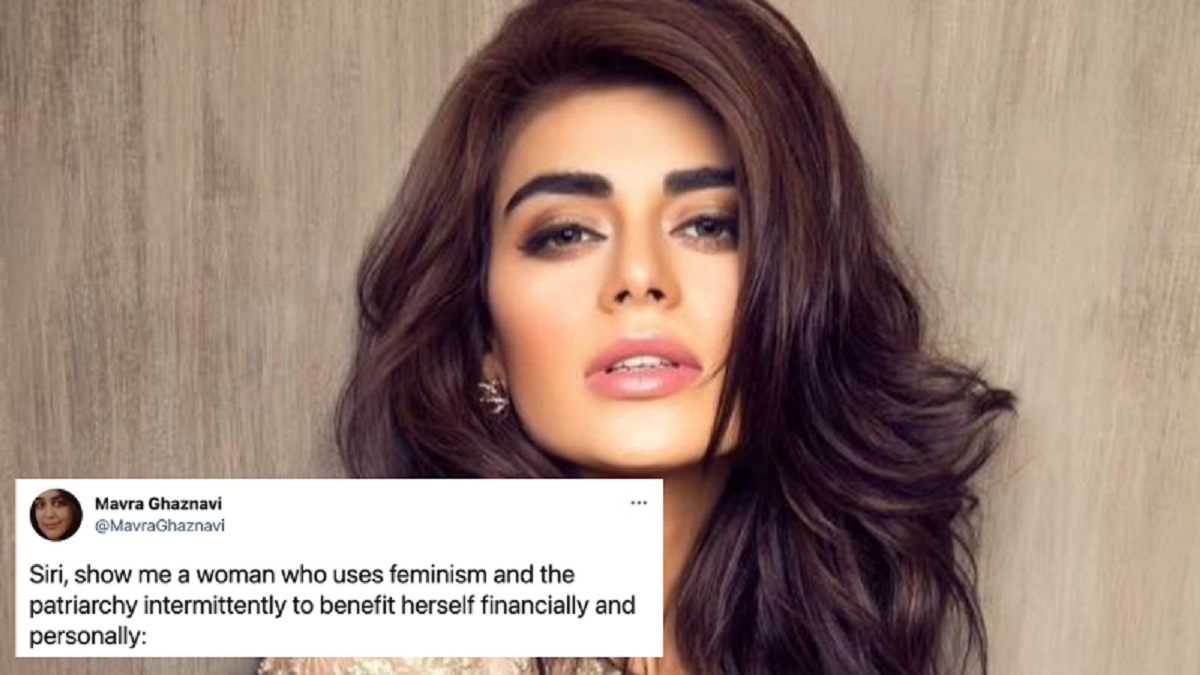 Model Sadaf Kanwal’s latest ruminations on feminism and a woman’s role in a marriage have left the internet scratching its collective head. She said some strange things, the strangest being “our husbands are our culture” and people are rightfully puzzled.

In her interview to ARY, Kanwal claimed women are not oppressed. “They’re very strong, I think I am very strong, and I’m sure you are too,” she told the interviewer.

“Our husbands are our culture. I have married, I have to pick up his shoes, I will iron his clothes, which I don’t do, I do very little, but I know where Sherry’s clothes are. But I know where each thing of Sherry’s is. And I should know when Sherry has to eat, and what he is eating, because I am his wife,” she said.

“Because I am a woman. Sherry doesn’t have to know [this] about me. He should know, but I should know more. I believe this, because I’ve grown up seeing this,” Kanwal added.

“So I think this feminism that has arrived, these people are liberals. These days a lot of liberals have arrived. My thinking is that feminism [is] me taking care of a man, my husband and respecting him and doing whatever I can, whatever I have been taught.”

People didn’t really understand what she meant by likening culture to husbands.

Some users questioned whether men wanted maids or marriages.

There were quite a few jokes about “baby Sherry”.

And while not everyone took issue with what she said, there were parts even her supporters found confusing.

At the end of the day, someone needs to tell Sadaf Kanwal that being a feminist doesn’t mean you can’t take care of your spouse. No one is saying you can’t iron your husband’s shirts if you want to. Feminism means women aren’t forced to do these things and are given a choice. At a time when violence against women is on the rise and people across the country are calling out for rights and protection for women, these comments are unnecessary, to say the least.

In this article:Feminism, Marriage, Sadaf Kanwal