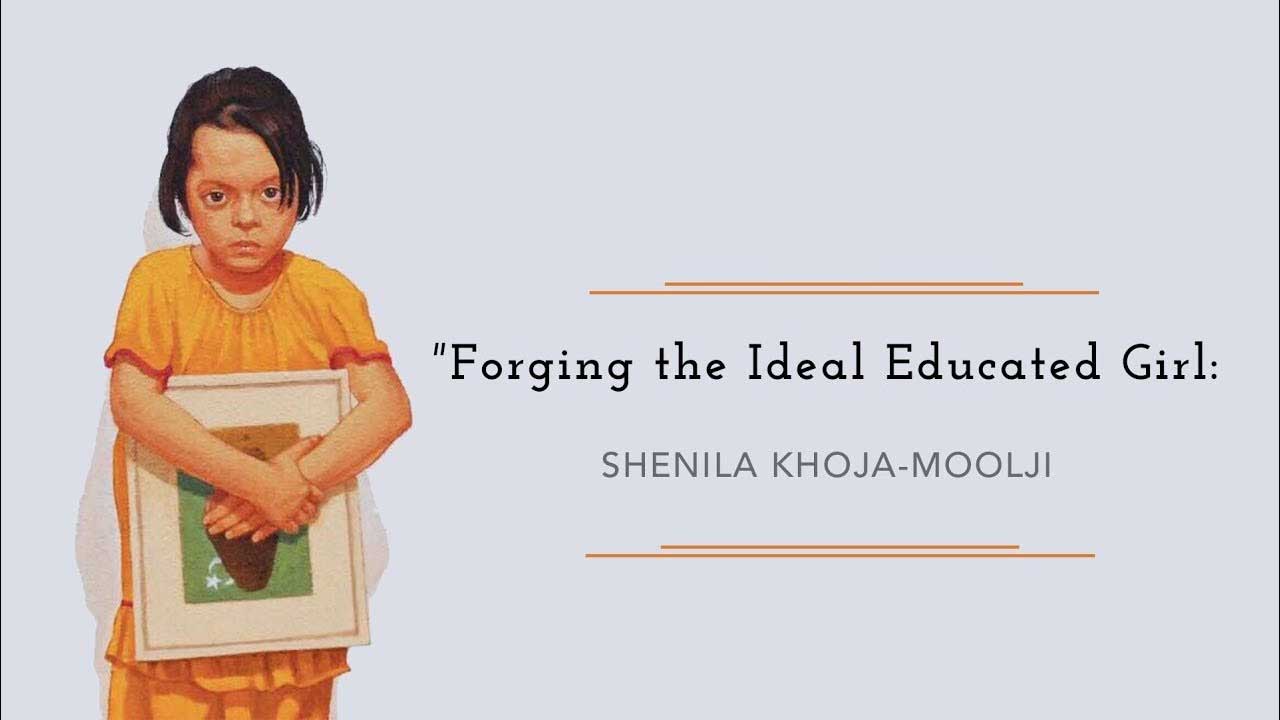 Forging the Ideal Education Girl is an excellent book by Sheila Khoja-Moolji that highlights the various points in the history of the subcontinent and Pakistan where ideals about being educated women held different connotations, and each time these ideals served the dominant elite power. Moolji starts off with Malala to explain how her story has been picked and chosen by the western powers to portray a Muslim woman victim to much violence and hardships.

It’s not to negate the hardships and experience of Malala herself, but the fact that she was given so much heed was to portray the culture of South Asia and Islam in an inferior and oppressive light, to ultimately justify western intervention in the region. For example, the author quotes Laura Bush, the first lady of the US, saying, “The fight against terrorism is also a fight for the rights and dignity of women.”

Clearly, many of the lobbies advocating for women’s education in the developing world have ulterior motives. They have the orientalist notion of portraying the non-western as the Other: backward people who do not know how to treat their women right.

Consequently, they offer a clear-cut, Eurocentric solution to it of educating women. This line of thinking tends to airbrush away all other problems of the region like terrorism, honor killing, poverty which have been directly or indirectly been the product of western intervention, colonialism, and globalization.

Moolji’s work purportedly shows the discourses on women’s education at three stages of history: The Early 20th century of British colonial India, early decades after the formation of Pakistan, and the turn of the 21st century. Each stage tends to form the ideal educated woman as vessels of morality, a tool towards the construction of class and apparatus of nation-building.

In chapter two the author talks about how at the turn of the 20th century there was particular anxiety about the Ashraaf classes, defined by sharafat (respectability). This respectability was characterized as being part of Mughal nobility and aristocracy.

With the advent of British colonialism, the privileges of being connected to the Mughals enjoyed by the aristocracy, landed elite, and scholars ended. There was this new need to redefine the ashraaf social class from the  Najaf (lowborn) class. This involved self-discipline, hard work, and religiosity within homes. As the burden of reflecting superiority fell within the private realms it obviously became the responsibility of women to be a particular way.

For the women now it meant to be educated and domesticated so they could raise their children in a certain way and impart to them values and morals that resonated with the high class. Classic evidence of this was Sir Syed’s “trickle-down” theory in which he emphasized women’s education in order to produce educated sons and become closer to the British state.

Being educated at that time simply placed you in a higher economic class as it got you better jobs and economically hoisted you above other Muslims who had rejected the British education for being Christian education.

Chapter three and five of the book talk about the story Mirat ul Uroos written by Nazia Ahmed which gained much popularity in the 20th century after the formation of Pakistan and later on in the 21st century also it continued to be widely read and appreciated. The story essentially talks about Akbari and Asghari, two sisters who are placed in opposition to each other as judged from the same lens of sharafat, as set in the early 20th century. Asghari is the humble and hard-working girl who gets an education and then teaches kids of her neighborhood at home. She is also well versed with the Quran and has aced all household skills. On the other hand, Akbari is the irresponsible one who only creates problems for her parents and is very blunt.

A distinct feature in this story is about class. Where Asghari is humble and understanding, her goodness is only for the upper class educated people like her. She scoffs at the lower, uneducated classes and this quality of hers is celebrated as she successfully gate-keeps her social class. Whereas Akbari, being the carefree one bonds to whoever comes her way.

Similarly, the decades after independence bore upon women another crucial task of nation-building. Pakistan’s first-ever airline, PIA’s advertisement was “On the world’s most interesting airline, our pilots have been trained for years . . . our hostesses, for centuries”. This meant that the state was now upscaling the caregiving services that they had previously been giving to their homes to shape their family’s morality.

This meant that a woman’s citizenship depended upon gendered roles in strengthening the patriarchal roles. This further constrict- ed women’s diverse ways of being as expectations from educated women increased even more.

Nation-building was also linked to development and modernization. By the turn of the 21st century and onwards, there was a lot of focus on increasing the labor force in the country and so working women were highly encouraged. At this point, education meant not only moralize the women to distinguish their families from the other uneducated lower classes but mechanize women into getting a job to appeal to the west, specifically the US, and ally with them in the Cold War era.

This was the time when the country received massive foreign assistance for girls’ education. Along with the aid came the same liberal dream of freedom and empowerment as understood in the West, which was defined by independent earning and consumerist desires.

This is not to say the previous ideal of the educated girl moralizing her home and family vanished. The perfect educated woman now had to juggle both her job and homemaking. This narrative was built in the 2012 adaptation of Mirat ul Uroos in the drama Akbari Asghari.

Akbari, being the ideal type had an office job and dreams of marrying and have children. At one point she said that she will obviously leave the job after marriage because she is not hardworking like other women. This particular point shows that there is very little room for educated girls to slack and the bar the society has set for them is really high, that if they fail to clear that high bar, they internalize they aren’t the best.

Khoolji reveals the hollowness of this perfect ideal of the educated woman. In chapter four of her book, she mentions interviews of several young girls who received education through foreign SPRING Initiative.

Nadia, a 17-year-old girl, told that the new English medium education has been a “burden”. The new education had been hard which required extra tuition hours for which her family had to sacrifice their basic necessities.

She was the only girl in her village to do O Levels and all this built an extra pressure on her to get a suitable office job in the city, which she knew would be another struggle of its own. For her education was not a transformative growing experience, but a heavy loan from her family which she had to repay.

This is a guilt with which many girls who have received foreign-funded education live. Therefore, the purpose of educa- tion was not to elevate the girls, but to fit them within the larger capitalist machinery.

The construction of the educated girl always had ulterior motives which often tend to overlook to actually benefit the local girls themselves. Usually, the education agenda is imposed from above which creates much more expectations from girls than before. The discourse on girls’ education throughout history has changed but similar conformist themes have persisted throughout.

However, Moolji paints middle class, mostly urban, women’s experiences as the experience of all educated women. Women of rich upper classes are not mentioned even once, even though they have been the ones receiving quality education before and after partition and have actively taken part in the state apparatus e.g. figures like Fatima Jinnah and Benazir Bhutto.

Similarly, the experience of lower-income class women has not been mentioned at all either as if they haven’t conformed to the larger state ideology ever, and what’s the politics around them not receiving education.

Lastly, even though very relatable but the accounts of middle-class women are based on dramas, novels, posters and other secondary sources. Middle-class women themselves haven’t been interviewed at all despite being part of the major chunk of the research.