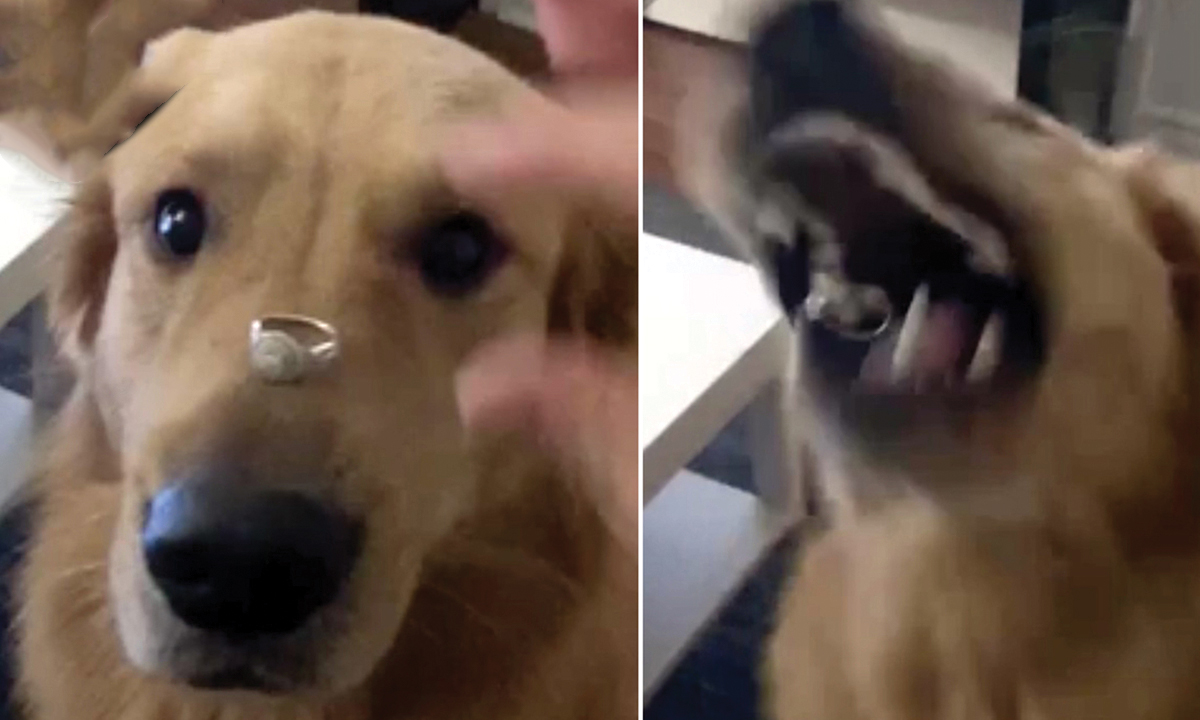 We see creativity, evolution and innovation on social media either through different skill sets or events such as different surprise parties, creative ways of gender reveal and so on. Recently, couple decided to announce their secret engagement on social media, really differently; not by simply posting rings pictures with a caption as a clue but by putting it in their dogs’ nose, only to see it for the last time, watching it being swallowed by the dog. The couple went live on their social media account, placing the ring on the dog’s nose to announce their engagement and just while they were doing it, the dog gobbled it up without giving them any reaction time.

Update by: the Truth International