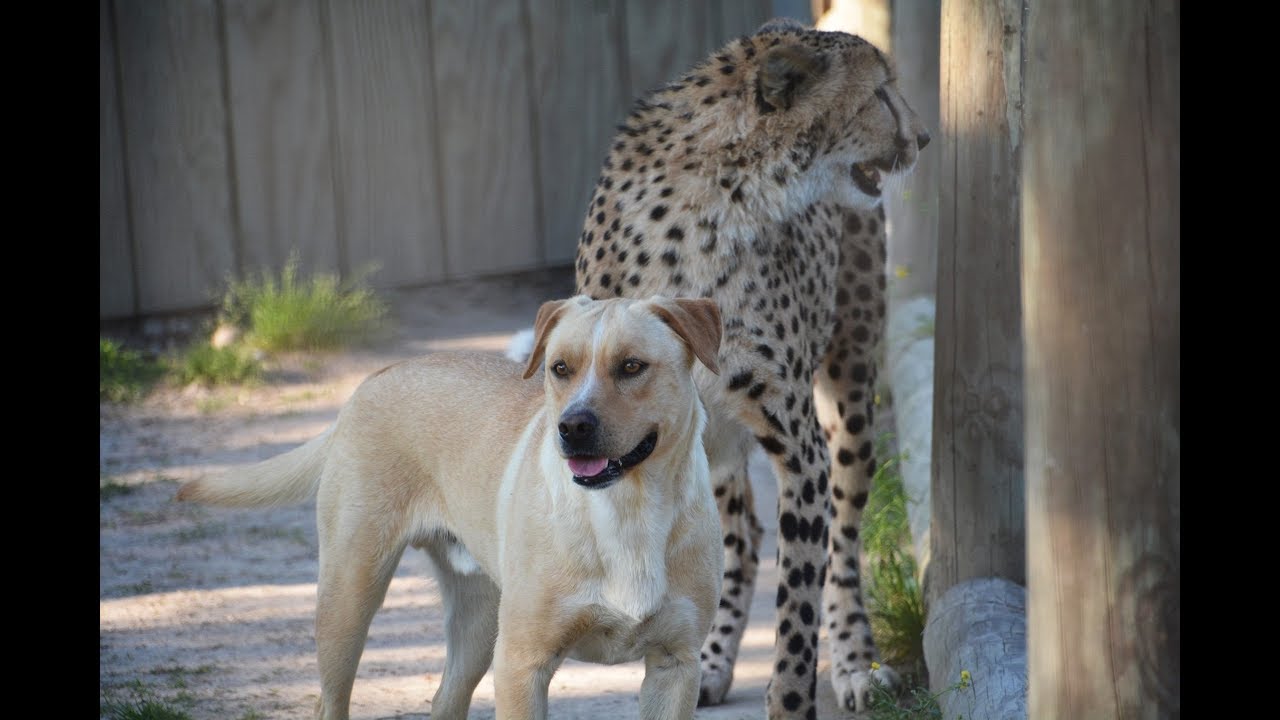 Kumbali the cheetah and Kago, the yellow Labrador Retriever met at the zoo as toddlers and have been friends since which is surprising for not just the common public but also for the zoologists namely because, according to traditional research, cheetahs come from the cat family and thus there has always been a ‘dog chasing cat’ relationship between these animal classes. However, recent experimental studies have shown that both have similar behavioral patterns and needs. Just like dogs, cheetahs crave affection as well as the capability to be tamed. Kumbali was 6 weeks whereas Kago was 12 weeks when they first met. ‘From their first interaction till their present interaction, their meetings have been supervised so that each interaction is safe and positive’, says their supervisor from the Cheetah Run team. ‘While many believe that these two instantly clicked, it was actually one year of blood and sweat that got them to travel together, go on planes, and have a positive interaction each time they met.’ This particular friendship however is restricted to their species since so far only a Labrador retriever is said to have a calming influence and tolerance of cats