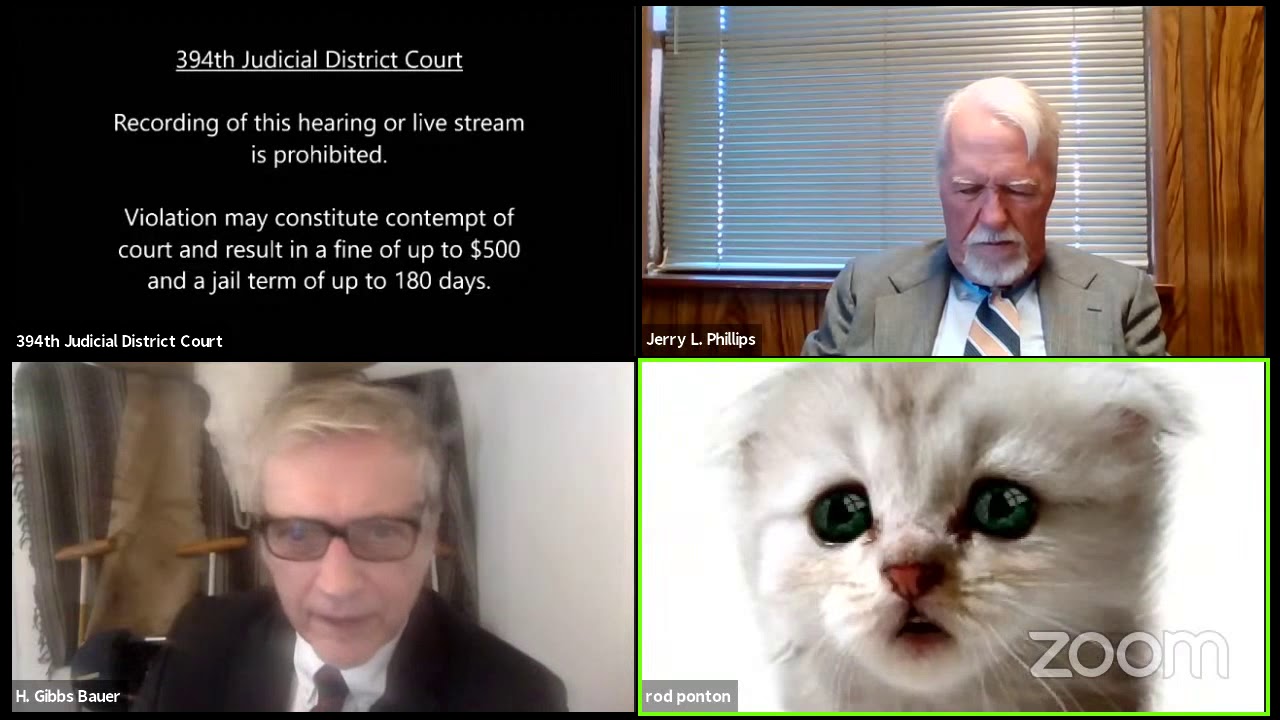 A video of a district court in Texas made waves on the internet after a blue-eyed cat showed up in place of an attorney during the virtual proceedings.

Judge Roy Ferguson while opening the virtual court proceedings of the 394th Judicial District Court in Texas on Zoom, did not expect to see two lawyers and a cat.

The cute cat was actually the county attorney Rod Ponton covered by a filter.

“Mr. Ponton, I believe you have the filter turned on in the video settings.”

During the proceedings, the judge said.

Ponton replied that his assistant was trying to fix the settings. He further added something that is now considered the best meme of 2021.

“IMPORTANT ZOOM TIP: If a child used your computer, before you join a virtual hearing check the Zoom Video Options to be sure filters are off.” Ferguson wrote in a tweet.

Talking to Reuters, 69-year-old Ponton said that he was unsure how the filter had appeared.

“Everyone involved handled it with dignity, and the filtered lawyer showed incredible grace.”