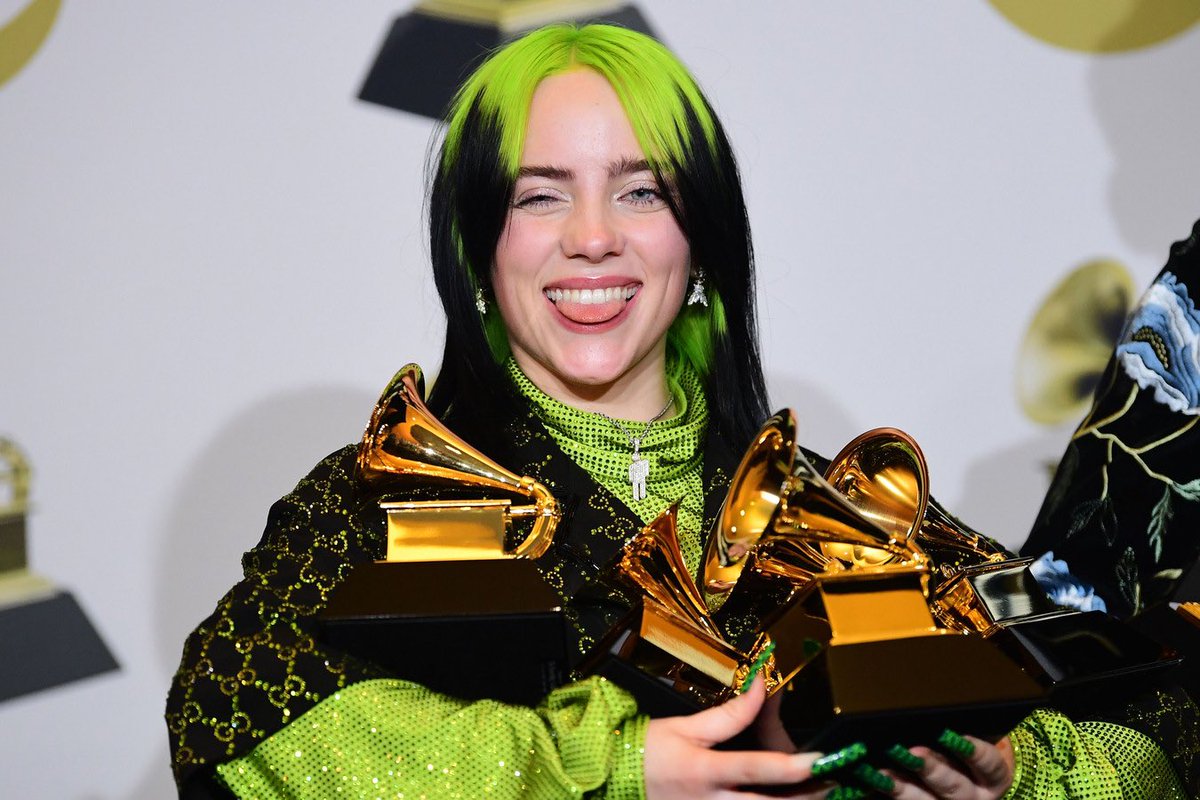 During a candid chat with Vanity Fair, the award-winning singer Billie Eilish opened up about her struggles with losing weight through weight loss and diet pills.

“I remember taking a pill that told me that it would make me lose weight and it only made me pee the bed – when I was 12. It’s just crazy. I can’t even believe, like I – wow. Yeah.”

She also shared during the interview.

“I thought that I would be the only one dealing with my hatred for my body, but I guess the internet also hates my body. So that’s great.”

While referring to the tank top fiasco, she admitted.

She further urged her fans to “normalize” real bodies, with an Instagram post by Chiziduru, and captioned it to say, “In case someone needed a reminder…. Instagram has warped a lot of y’all into thinking NORMAL bodies are abnormal. NO.”

“Not every black girl has a shelf behind them. Stomach pudge is completely normal. Most [expletive] SAGGGG. And to all my mamas out there, it’s ok! You brought LIFE into this world sis”

The singer will be on the cover of Vanity Fair’s March edition. Vanity Fair announced it through a tweet.

“Presenting our March cover star: @BillieEilish! In the last year, she scored five Grammys, went multiplatinum eight times, released the new Bond theme, and was forced to cancel a world tour. Then, she turned 19.”