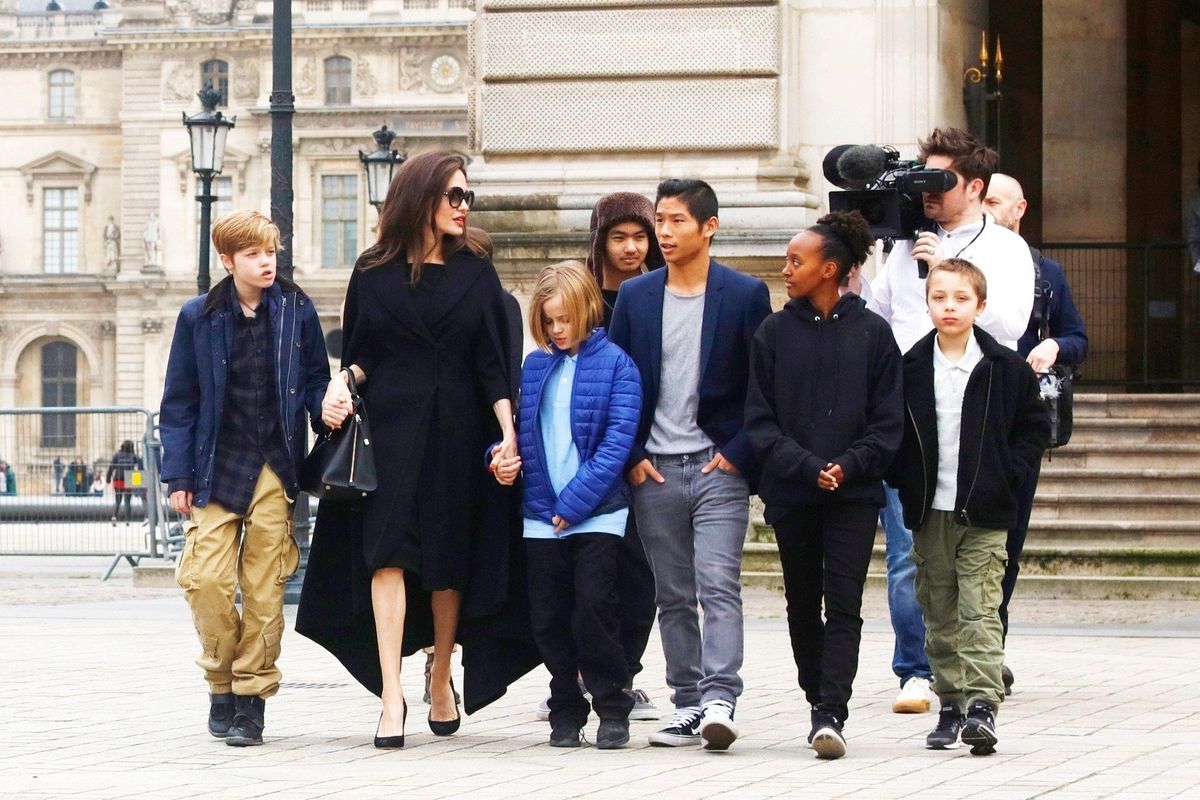 While being a proud mom to six children, Angelina Jolie is one of Hollywood’s biggest stars due to her pure talent.

The Salt actor prides herself with hands-on and devoted ways like ‘open communication’ with which she helps raise her six children and navigate their teenage years.

As per a source, the Maleficent star “loves” to have teenagers around her house.

“Angelina had a hard time as a teenager. She remembers how tough it was, so she’s incredibly patient with her kids. She wants them to be able to talk to her about anything.”

“She does have rules, but she’s not at all what you’d call strict. She gives them a lot of autonomy,” they continued.

“[Angelina’s] mother was that way with her and her brother growing up. She was always so understanding and that’s the way Angelina tries to be with her kids too. There’s a big focus on talking. Anytime there’s any sort of issue they always talk it out. It’s one of the things she really prides herself on as a mother, the open communication.”

“She loves the way they think. She says they’re constantly teaching her things and she absolutely loves having a house full of teenagers. They’re all growing up so fast. Her twins [Vivienne and Knox] will be 13 this summer, so it’s going by fast … she [has] loved every stage [of their childhood], but this is the most exciting,” they further added.

Angelina co-parents her six kids, Maddox, 19, Pax, 17, Zahara, 16, Shiloh, 14, Vivienne and Knox, 12, with her ex-husband Brad Pitt. The couple is still routing court trips over custody of the six children.