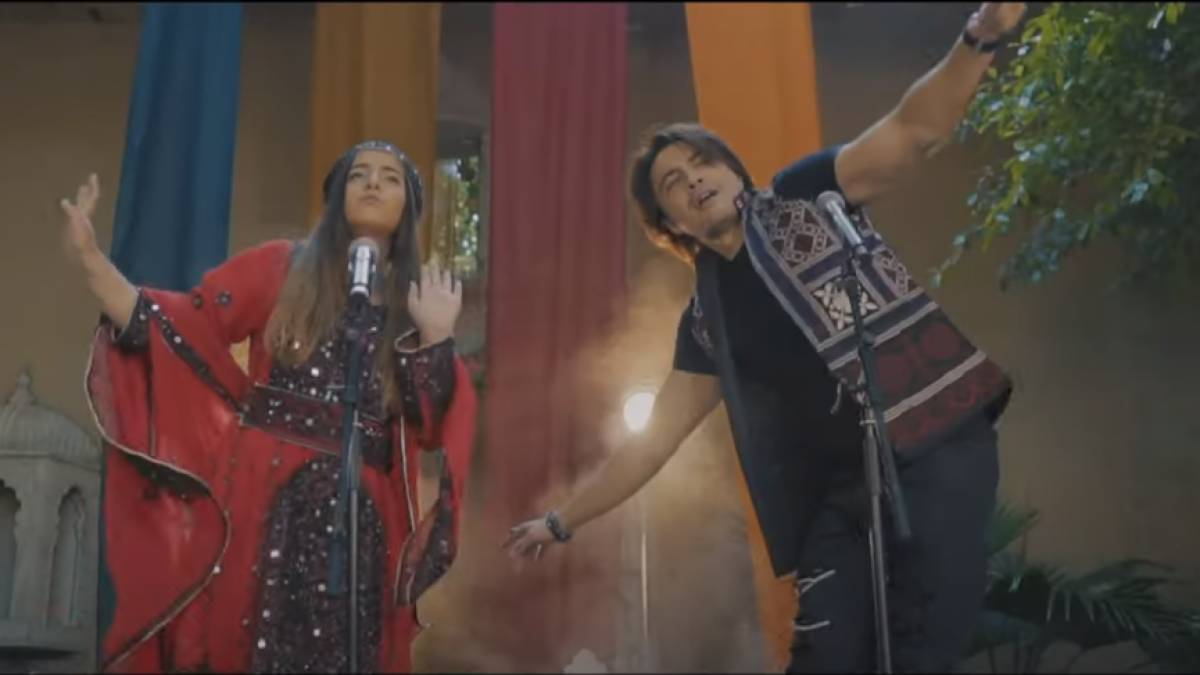 The song pays a tribute to Sindhi culture and heritage. It highlights the indigenous tradition and craftsmanship of the Sindhi people. Ajrak is a prominent feature in the video. Fatima is also clad in a traditional Sindhi outfit.

Fans have been praising the song and how it represents Sindhi culture. They also loved Zafar’s dance moves.

Fatima is a 14-year-old singer from Balochistan. She made her singing debut last year with the classical Balochi song ‘Laila o’ Laila’ alongside Zafar.

In October last year, Fatima had told SAMAA TV about how her dream turned into reality with the rendition of the popular Balochi folk song. Being a fan of the Teefa in Trouble star, Fatima had expressed her desire to work with him. She now wants to perform alongside Sufi maestro Abida Parveen.

Ali Zafar turned to Twitter to announce the release of the song on Thursday.