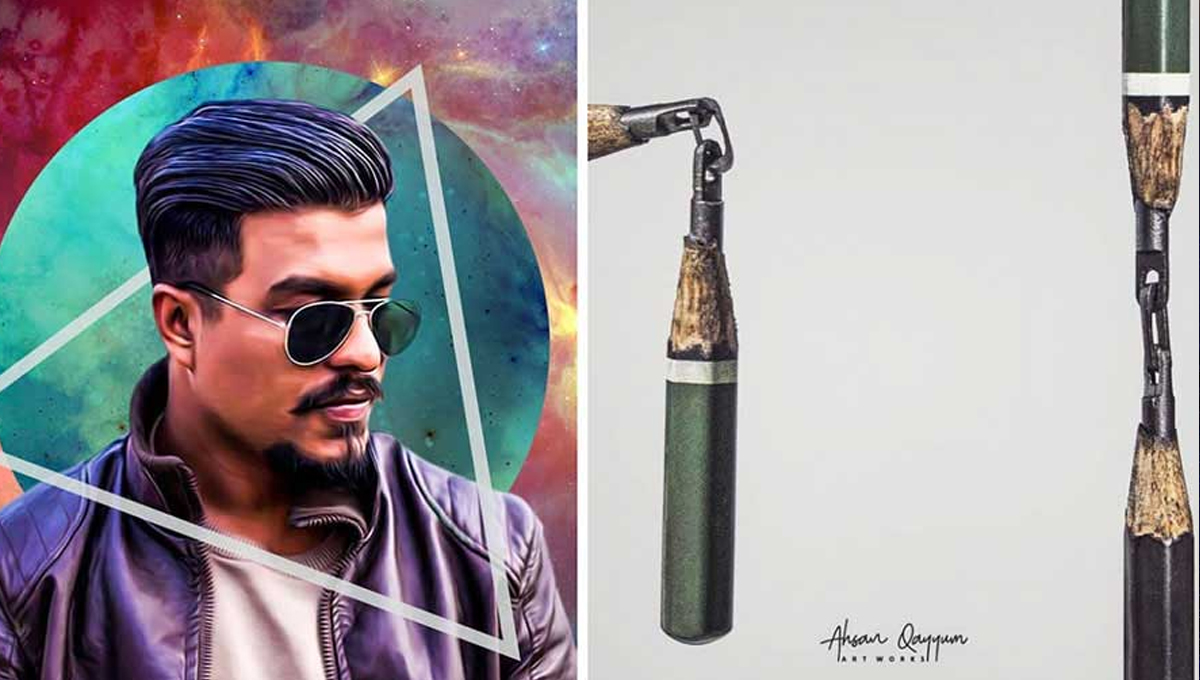 Ahsan Qayyum is a miniature artist who has beaten an Indian’s record to become the Guinness World Record holder. He made 75 links from lead pencils in contest with the record held by an Indian who made 58. According to Ahsan, he has had his eyes on the record since 2014 when the Youth Festival was held in Punjab. However, because of his work commitment with a shoe factory, he was unable to get leave for the event.

Ahsan has not had it easy. A few days before his FA exams, his mother passed away and he was unable to appear in the examinations. His father too was diagnosed with acute diabetes and there was nothing left but to bid farewell to academics as he traveled to Lahore for a job in a shoe factory at a menial wage of Rs. 7000.

Working long hours in the scorching Lahore heat without even a fan was tiresome. Right before his exams, his father suffered from a cardiac arrest and he was unable to appear once again.

Instead of letting tragedy define him, he decided to reflect and found interest in fine arts. A difficult combination of labor, studies and struggling to make ends meet, Ahsan was finally able to get the diploma that he had dreamt of. He feels that losing heart is equivalent to death and thinking big is the only way to succeed. However, acting small when necessary is equally important. –OTS