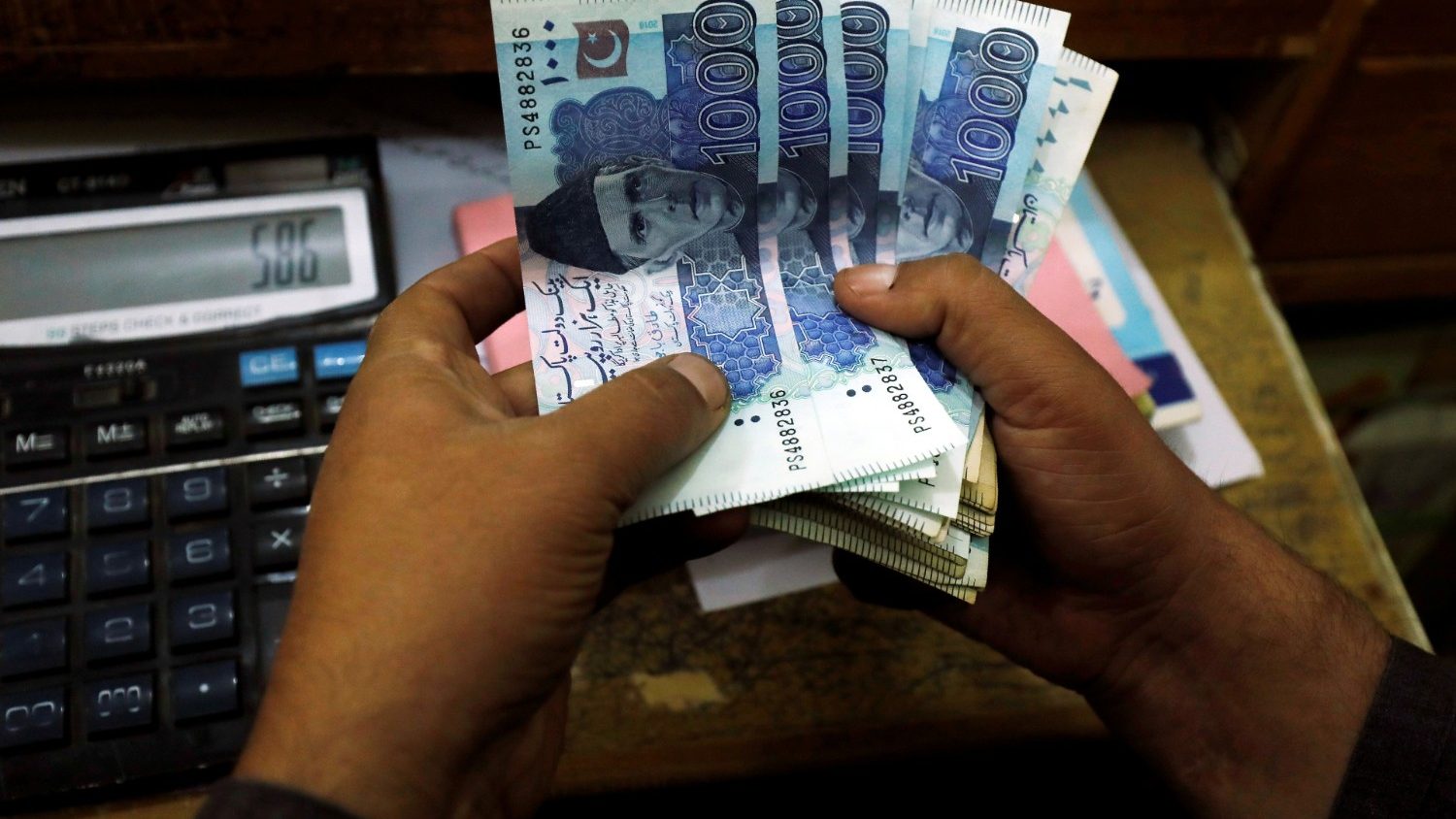 The second lost decade (2008-18) witnessed economic growth slowing to an average of 3.8% per annum at the back of declining public and private sector investment. In fact, this decade made 3.5-4.0% economic growth a new normal for Pakistan, resulting in slower job creation and rising unemployment.

This decade also witnessed the massive deterioration of Institutions. In particular, Institutions dealing with economic policy witnessed massive erosion of professional capacity which compelled the successive governments to rely on “consultants”. The weakening of the Institutions also weakened the policy-making ability of the governments, resulting in excessive reliance on donors for policy formulation.

Against the backdrop of the second lost decade, came the present government at the helm of affairs. The present leadership, while in opposition, raised enormous expectations of the people of Pakistan. There are no two opinions that the present government had inherited an economy that was really in a bad shape. The current account deficit was at an all-time high at $20 billion in 2017-18, the budget deficit (excluding circular debt expenditure) was as high as 6.6% of GDP, economic growth was slowing and unemployment was rising. It was indeed a gigantic task for the new government to address multi-dimensional challenges. There is a general consensus among independent economists that instead of addressing the humongous challenges that it inherited, the inexperienced economic team further compounded the difficulties.

The government either had no option but to seek a balance of payments support from the IMF or was “forced” to go to the IMF for a 22nd IMF Program. In either case, the government went to the IMF for a balance of payments support. It was an interesting coincidence that the present leadership came to power after 22 years of continuous struggle only to land up in the 22nd IMF Program.

At the back of this philosophy, the standard IMF prescription is geared towards addressing the issue of excessive demand. That is why the IMF Program is known as the demand management/demand destruction/austerity Program. The standard prescription to manage demand dates back to the early 1980s and enshrined in the so-called stabilization policy. While the world has changed in the last four decades, the prescription of the IMF has remained unchanged.

For managing demand, the standard IMF prescription of the 1980s included

The previous 21 IMF Programs had rested on these four policy prescriptions; the current Program is once again based on the same four policy prescriptions. How do these policy prescriptions work to curtail aggregate demand (after all, it is a demand management program)? Firstly, through the tightening of monetary policy, that is, raising the discount rate as fast as possible. Since the discount rate serves as a benchmark for all the lending rates, private sector investment declines which, in turn, reduces import demand. Since developing countries’ economic activity depends principally on imported raw materials, imported capital goods, imported machinery and equipment, and imported energy, any decline in imports slows down the economic activity. In other words, demand destruction is achieved by chocking the economic activities of the country.

How else can we discourage imports, promote exports, and, hence reduce current account imbalances? Very simple! Go for massive devaluation. Devaluation increases the landed cost of all the imported items including inputs to the production process. The higher cost of imported items not only discourage its consumption but also increases the cost of production. Hence, lower import slows economic growth. Since devaluation is also inflationary by definition, the Central Bank justifies tightening of monetary policy (i.e., raising discount rate) to contain inflationary pressures.

Higher interest rate, on the other hand, increases the cost of borrowing of the government to finance fiscal deficit and therefore, increases interest payment. In the absence of commensurate rise in revenue, the overall fiscal deficit increases. Hence, an irrelevant tax target is given under the IMF program to achieve targeted fiscal deficit. The government is also being asked to raise utility prices, supposedly to improve the financial health of the utility companies, but actually it also increases the cost of production.

The entire focus of the program is therefore on increasing the cost of production to make the industry non-competitive in the international market as well as raising public debt. Higher interest rate increases the cost of capital; devaluation increases cost of imported inputs; higher utility prices (gas, electricity) increases the cost of production, and irrelevant revenue targets further burdened the industry with tax incidence. Devaluation accompanied by a higher interest rate drowns the country into debt.

As stated above, we have been told time and again that the SBP has increased the discount rate to control inflation. In other words, there is an inverse relationship between the discount rate and inflation. A cursory look at Fig. 1 is sufficient to see a strong positive relationship between the two variables. The graph shows that whenever the discount rate is raised, the CPI-based inflation rises accordingly. As stated, earlier, the interest rate is the cost of capital. When it is raised, the cost of borrowing goes up, and accordingly, it is passed on to the consumers.

The Governor SBP had stated several times during the release of the monetary policy statement that inflation in Pakistan is a supply-side phenomenon followed by the rise of government-administered prices (prices of gas, electricity, etc.) and yet he continued to use the demand side instrument (discount rate) to contain inflation. He failed to see the composition of the CPI-basket where almost 35% of contribution comes from food items followed by the prices of gas, electricity, fuel, water, and house rent (24%). House rent is measured through the quarterly survey of the housing units for rent purposes. Transport charges are linked with fuel prices and it accounts for almost 6% weight to the CPI. Prices of medicines are largely controlled by the government (2.8%) Schools are not free to charge tuition fee (education) of their likings (3.8%). Thus, almost three-fourth of the CPI basket is not affected by the discount rate at all and yet our Central Bank continued to use this instrument to control inflation. This misconstrued policy alone added Rs. 1687 billion to interest payment from July 2018 till March 2020. It has simply eroded fiscal space, contributed immensely to widening fiscal deficit and rising public debt.

The high-interest rate policy, on the other hand, attracted “Hot Money” in our short term Treasury Bills, benefited immensely to foreigners by damaging the local economy. The high-interest policy attracted “Hot Money” by putting the domestic economy in cold storage. High-interest rate policy certainly did not reduce inflation but it contributed to the rise in interest payment, deterioration in fiscal balance, addition to public debt, reducing investment, slowing economic growth, rising unemployment and poverty, reducing tax collection and so on. Who is responsible for this damage to the economy?

We have been told by the SBP and its ill-informed Governor that devaluation would improve the competitiveness of our industry abroad and hence would help increase exports. A cursory look at Fig. 2 is sufficient to see that our exports have remained invariant to the adjustment of the exchange rate. This graph covers over 100 months of exports and exchange rate numbers.

It is clear that our exports have moved in a narrow monthly range of $1.7 billion to $2.3 billion, irrespective of the exchange rate, whether it is Rs. 60 per dollar or Rs. 160 per dollar. I have been arguing time and again that by adjusting the exchange rate Pakistan cannot increase its exports. Devaluation raises the input cost of export-oriented industries and makes them non-competitive. According to Dr. Ishrat Hussain, close to 60% of the inputs to export-oriented industries are imported, hence devaluation raises their costs and makes them non-competitive. While devaluation failed to increase exports, it certainly added Rs. 4666 billion to public debt without borrowing a single dollar from July 2018 to March 2020.

These two policies have costed Pakistan Rs. 6353 billion or approximately $40 billion for a $6 billion IMF Program. Who is responsible for this damage? The readers would recall that myself and other sanner Economists of this country were crying every day that this high interest rate policy would damage Pakistan’s economy. No one including the Prime Minister listened to us. Who has paid the price of this misconstrued policy? Naturally, this government and the people of Pakistan.

On exchange rate policy, I have been telling to the people of Pakistan through electronic media that devaluation would not increase exports. It will simply add to public debt. My views were based on personal experience that I gained during eleven years of my stay in the Ministry of Finance. I was glad that Dr. Ishrat Hussain, a former Governor of the SBP also came to the same conclusion.

Once again, nobody listened to us. We added almost Rs. 4666 billion to the public debt because of the devaluation without raising exports. Prime Minister and others never bothered to get alternative views. The nation has paid a heavy price for these misconstrued policies. People who landed from the helicopter had little or no idea about the statistics of Pakistan. They have never studied Pakistan’s economy. They brought the knowledge of the western economies and their policies and brutally implemented the same in developing countries like Pakistan. Such policies have severely damaged the economy, dented the popularity of the Prime Minister, and put the government in the back foot, trying to hide behind an inheritance. Interestingly, Prime Minister on the other hand has collected the failures of the 2nd lost decade to build Pakistan’s economy. Good luck to the Prime Minister.

About the author: The author is Principal & Dean of the School of Social Sciences & Humanities (S3H), NUST, Islamabad, and can be reached at ahkhan@s3h.nust.edu.pk