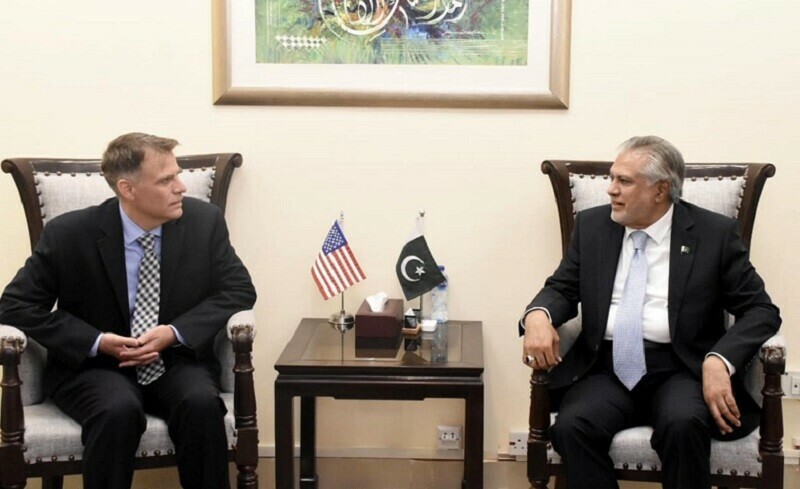 ISLAMABAD: Pakistan asks US to facilitate revival of IMF loan program to help its economy faced with challenges like floods and adverse global economic conditions.

Finance Minister Ishaq Dar held a meeting with the head of visiting US delegation Robert Kaproth. The visiting delegation head is the Deputy Assistant Secretary of the Department of Treasury.

Dar sought country’s help in convincing the US-based multilateral lender to be lenient towards Pakistan in restoring the loan program considering the challenges created by floods and other external factors. The US delegation was led by Robert Kaproth, Deputy Assistant Secretary of the Department of Treasury.

Mr Dar, told the visitors that Pakistan would honor all its international commitments and was in the process of taking “very tough decisions”, including increasing the prices of natural gas and electricity and other measures “even beyond the call of IMF”, to put the country on path to stability through reforms.

However, he pointed out, Pakistan required breathing space as the industry and agriculture had passed through most challenging times after the devastating floods.

As the US team wanted to understand Pakistan’s challenges, including erosion of its currency, the minister explained that besides domestic issues, the rupee was also under pressure because of the smuggling of foreign currencies, particularly the US dollar, to Afghanistan and Iran where too the greenback was in short.

According to an official statement, the minister said the present government had inherited weak economic legacy.

“Despite challenging economic conditions, the government is focusing on fixing things in right direction and introducing reforms in all sectors, including energy sector and capital market, to achieve economic growth and development,” it added.

Mr Kaproth underscored the need for good relations between the two countries and expressed confidence in the policies and programmes of the government for economic and financial stability, according to the finance ministry.

Mr Kaproth extended his support and cooperation on economic and financial issues.

Senior officials of both countries attended the meeting.