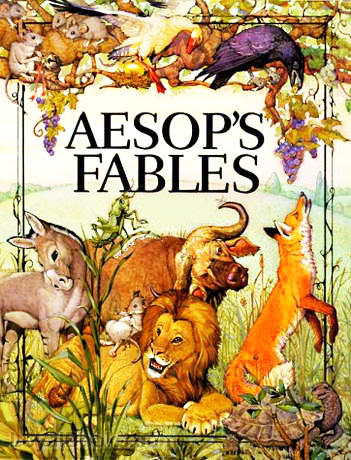 Aesop’s Fables is a collection of fables credited to Aesop; a slave and storyteller believed to have lived in ancient Greece between 620 and 564 BC. Of diverse origins, the stories associated with his name have descended- ed to modern times through a number of sources and continue to be reinterpreted in different verbal registers and in popular as well as artistic media.
Aesop wrote many intelligent fables in here, most of them teaching some real-life lessons. One of the most famous, and also the one I take the most from, is The Hare and the Tortoise.
I loved reading this The Hare and the Tortoise. The illustrations are gorgeous, and there are so many of the original tales. Aesop’s most influential fable, very short tale, told by different creatures, ends with a wise piece of advice and a moral lesson for the readers.
The appealing point is not only that it applies to our routine and everyday life, but that it also has its roots deep in humanity and civilized society of all the times and areas. The stories are full of entertainment, wisdom and simplicity.
Some of the stories are vicious, particularly early on, as many ended in death. Others are humorous – though still involving death. Although traditionally, many of the stories do come complete with a moral, the message did not always seem to be appropriate to the story. Still the stories are wonderfully varied and hugely flexible; they can be religious, philosophical, political, or simply just jokes.
This book is an interesting read because it contains numerous stories. I would recommend this book for children above the age of 8.