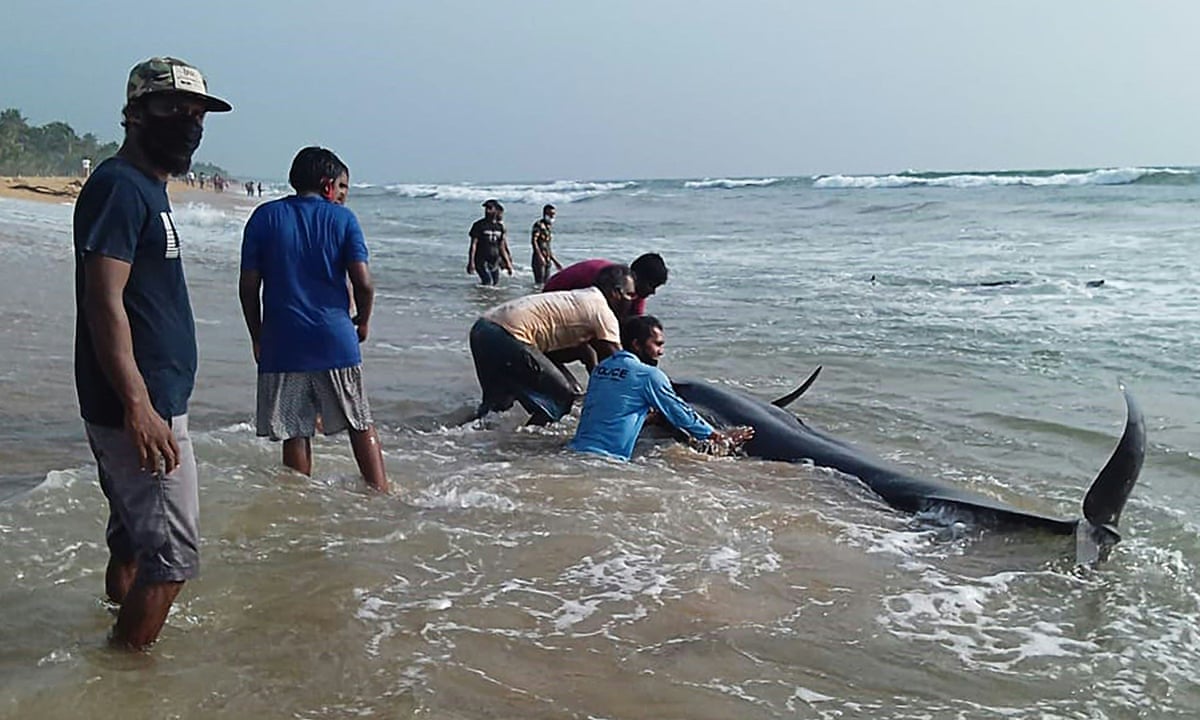 120 pilot whales were rescued by Sri Lankan navy in an overnight rescue operation on Tuesday. It is reported that three pilot whales and a dolphin succumbed to injuries following the mass beaching on Sri Lanka’s western coast at Panadura on Monday.

According to residents and local volunteers, a handful of whales started beaching early afternoon and by dusk, their numbers had risen to more than 100. “Some of the fishermen from the area tried to push back the whales. The sea was rough and the waves would bring them back to shore,” Pathum Hirushan said.

With the help of the naval forces, coastguards and several volunteers, the other mammals were successfully shifted to deeper waters by dawn on Tuesday. Despite the region being under a severe lockdown due to the coronavirus pandemic, volunteers sprung out in greater numbers.

Chief of Wildlife Department, Thraka Prasada hailed the rescue operators and informed AFP that autopsies had been carried out on the dead bodies. He appreciated the efforts and termed it a huge success in curtailing the number of deaths estimated earlier.